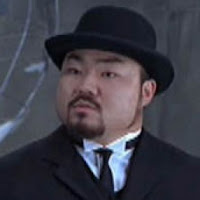 ROBYN GARDNER & GARY GIORDANO 'DID NOT GO TO SEA'

MISSING Robyn Gardner did not go to sea with her boyfriend, a witness has sensationally told Aruban authorities.
Gary Giordano, 50, had told investigators on the tiny Caribbean island that he was snorkelling with his 35-year-old girlfriend, when the water got rough and he signaled to her that they should swim into shore.
When got to shore, he claims he turned round to find she was gone, never to be seen again.
But now his claims have been sensationally refuted by a witness who told police that he saw the tourists walking on the beach, but they did not go into the sea.

A MISSING 14-year-old girl with a mental capacity of some much younger has been found with a 21-year-old soldier.
A huge search had been launched for the youngster after an Amber Alert was issued, but thankfully Andrea Fox was found safe and well in the car of James Dean Martin.
Her mom Shanna Love said: "She's in good shape, she's unharmed and we're going to see her now. I'm not sure what's happened but we're glad she's safe."
Fox was last seen while staying with her grandmother who reported her missing Tuesday morning when she found a note from the girl saying she was going to New York for a week, would return before school began and not to look for her.

WE'RE NOT entirely sure we agree with the FBI's Top 10 Crimes of the Week but hey, they're the experts. Among the bonmots from the world of crime are: Mortgage fraud, drugs, funding terrorism and more drugs. A quick summation is below or you can click on the link and go the the FBI's website for a more comprehensive overview.
MORE FROM THE FBI
Chicago: Man Sentenced for Directing $35 Million Mortgage Fraud Scheme Involving More Than 120 Residences in the Chicago Area. A former South Holland, Illinois man was sentenced to 17½ years in federal prison for directing a $35 million mortgage fraud scheme involving more than 120 residences on the city’s south

Email ThisBlogThis!Share to TwitterShare to FacebookShare to Pinterest
Labels: FBI TOP 10 CRIMES OF THE WEEK 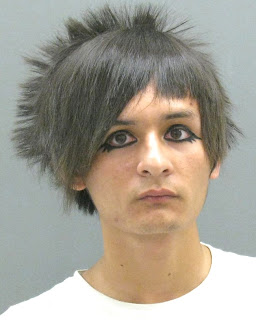 THAT'S quite the look mister! Our spies tell us that dude was nabbed for something or other while awaiting a casting call for the Peoria Playhouse's big production of Rocky Horror Picture Show.
Posted by Crime Scene USA at 8:51 AM 1 comment:

A MINI Miss Marple or miss Maple, has solved a burglary case on her own after finding clues officers missed.
The 12-year-old amateur sleuth was furious about a break in at her late great-grandmother's house in Atlanta, so she used the investigative skills she'd learned on a Junior District Attorney camp this summer.
Cops had told Jessica Maple's family, that there were no signs of forced entry at the Atlanta, GA home, but after encouraging her mom to let her have a look, the child detective embarrassed the real cops.