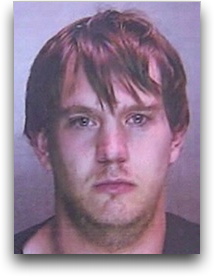 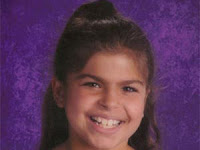 P.M. UPDATE: POLICE in Pennsylvania have charged a 24-year-old man with first-degree murder in the sickening sex slaying of 9-year-old Skylar Kauffman. Sources say James Lee Troutman, a neighbor, confessed to the murder. The little girl went missing Monday and her body was found around midnight, wrapped in a blanket and dumped in a trash bin. She had been sexually abused and strangled. Police sources say Troutman wasn't very hard to find: he was in the vicinity and had blood on his shoes.

A JEALOUS TEEN and her boyfriend confessed to a friend they committed the grisly torture slaying of a disabled woman. Insecure Angela Marinucci, 18, (pictured bottom right) and Ricky 'I'm no Prize' Smyrnes (pictured top right) met Laurie Piper at a suburban Pittsburgh bus station on February 11, 2010--the same day Jennifer Daugherty's lifeless corpse was discovered. The gruesome twosome told Piper that Marinucci: "wanted to kill Jennifer because she did not want to share Ricky." Daugherty, 30, was found bound and stabbed in the throat and chest in a parking lot. Her body had been dumped trash bin.  Piper told court--Marinucci is on trial for first-degree murder in the sickening slaying--that the accused was the ringleader and she

THE HORRIFIC story of Jaycee Dugard's long captivity as a sex slave will be released July 12. The memoir--entitled "A Stolen Life" will be available as a hardcover, ebook and audio recording. Dugard will narrate. The blurb says: "In her stark, compelling narrative, she opens up about what she experienced, including how she feels now since she was found."
Her spokeswoman added, that while she only has a Grade 5 education: "Jaycee wrote her memoirs without help and the publisher was extraordinarily supportive of her wishes."
Kidnapped in 1991 when she was 11 by Phillip 'Creepy Phil' Garrido and his wife Nancy from near where she lived in northern California. For nearly 20 years, she was kept as Creepy Phil's slave and had two of his children. The Garridos have 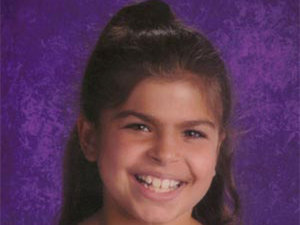 A SEARCH for a 9-year-old Philadelphia-area girl has ended in heartbreak. The body of Skylar Kauffman was discovered in a  dumpster around midnight Monday after detectives followed a bloody trail. Cops have arrested a 40-year-old neighbor and expect him to be charged within hours in the "terribly violent" slaying.
Skylar had been playing outside her parents apartment in suburban Souderton Monday when she disappeared. But when the man grabbed her in the sex-fuelled attack, cops say she put up a heroic struggle that may ultimately send her killer to his death.
Police chief James P. O'Leary told Fox 29:

STUPID Lenny Dykstra, or should we say Lenny K. Dykstra. We never liked him during his playing days with the Mets and the Phillies. We don't like him now. We think he's a moron. A genuinely stupid guy who believes he has business acumen. Now, the tobacco-juice spewing nimrod is making a plea to the public through the pages of the New York Post re. his current plight. Oh, you haven't heard? Bankrupt, fraud, steroid accusations, bounced checks to hookers and on and on and on and on.
Lenny tells "the people of the great City of New York:
What I have somehow lived through the past 2½ years, and continue to live through now, makes me fully understand that God would never make someone endure what I have endured unless there was a reason for it. That being said, I was wrong when I thought God put me on this earth to
Read more »
Posted by Crime Scene USA at 8:57 AM No comments:

AFTER an agonizing three year wait, jury selection has gotten underway in the Casey Anthony murder trial. The hard-partying single mom from Orlando, Florida has been charged with murdering her two-year-old daughter Caylee in 2008. On Monday, she broke into tears as a judge read potential jurors the indictment in a Pinellas County courtroom. If convicted she faces the death penalty.
CASEY ANTHONY MURDER TRIAL
Posted by Crime Scene USA at 8:40 AM No comments:

SARAH PALIN ON STALKER: 'I FEAR FOR MY FAMILY'

FUTURE presidential candidate Sarah Palin has won a restraining order against a Pennsylvania teena accused of stalking her.
She told the judge: "I fear for my friends' and for my family's safety," in the case against Shawn Christy, 19 and his father Craig.
Shawn Christy admitted in court to having threatened to rape Palin but has denied her allegations he menaced her daughters.
He also admitted sending Palin numerous emails and gifts, and to traveling to Anchorage on her birthday earlier this year, something which Palin said was a "clear signal" of his intent.

IT'S every parent's worst nightmare - a thief breaks in and walks away with their most precious possession, their sleeping 9-year-old daughter. But after a frantic search officers found the disorientated, seriously injured girl going door to door hours later, several miles away from her home in Riverside, CA.
The girl and her two siblings, who's ages authorities have not provided that ages of live with their single mother, whom police said was not

SEE you later alligator. He claims his four-foot long reptile is a babe magnet, but Dewayne Yarborough is going to have to find something else to win the women. His beloved pet will have to go after he's been charged with possession of a dangerous animal.
The 43-year-old from Ford Heights, MI says he bought the animal five years ago in Indiana for only $200 and kept it because it attracted the ladies. It's not clear whether they were just eying it up for shoes or handbags though.
He told investigators that he tried to keep the unusual pet from

A CRAZY mom who shot her husband to death and wounded their 16-year-old son on Mother's Day has been charged with the killings.
Annamaria Gana shot a bullet in the ceiling of her Tustin Ranch, CA home, then when her 72-year-old husband Tony and their son, who has not been named ran into the room she blasted her husband in the chest.
Then she shot her son in the arm before her ran out and called the cops.
Gana's 9-year-old son managed to wrestle the handgun from her hands and get out of the house.
Sheriff's detectives have not released a motive for the shooting.
Quite why she decided to shoot them is unclear but the district attorney's office charged 41-year-old Annamaria Gana with murder and attempted

TWO serial killers are now being sought by cops investigating the 10 murdered bodies found on a deserted Long Island beach. The macabre discoveries included the head of a prostitute missing since 2003.
Investigators have finally identified  the remains of a skull and a pair of hands found in March as belonging to 20-year-old Jessica Taylor, whose headless, handless body was found 40 miles away in Manorville in 2003.
She is the fifth victim publicly identified in the case.
It is not yet known if whether, like the other victims, she was a prostitute who advertised on Craigslist.
Suffolk County District Attorney Thomas Spota said he was convinced the prostitutes were all killed by the same man, but admitted police have yet to identify a suspect - and there is likely to be a second killer.
Read more »
Posted by Crime Scene USA at 5:37 AM No comments: