THE FORMER husband of missing Missouri mom Jacque Sue Waller has confessed to killing her, authorities revealed Thursday. James "Clay" Waller allegedly told his dad that he killed Jacque Sue Waller, 39, a mom of 5-year-old triplets, according to the Southeast Missourian. The pretty blonde was last seen June 1 after visiting her estranged husband at his home. Clay has been named a person of interest but Thursday's revelations were the first time an official 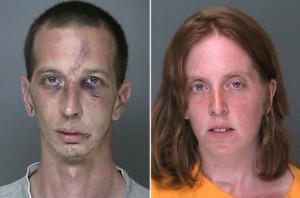 TWISTED PILLHEAD David Laffer and his wife Melinda Brady pleaded guilty today (Thursday) to a Long Island pharmacy heist that turned into a bloodbath. The army vet, 33, pleaded out to four counts of first-degree murder, calmly replying: 'Guilty' to each charge. His junkie wife Melina Brady--who plotted the heist and drove the getaway car pleaded guilty to robbery. She wasn't charged with murder because there wasn't enough prooif she knew her hubby was planning a massacre. Sentencing is slated for Oct. 17. Laffer is expected to receive four consecutive life sentences and his wife 21 to 25 years in prison. The depraved druggie 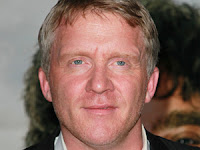 HE made his name in the cult geek movie Weird Science, but now Anthony Michael Hall appears to just be plain weird.

The child actor, who hit the heights in The Breakfast Club and Sixteen Candles was busted after a neighbor spotted him ripping up plants insider the complex's common area.
But whe the neighbor challenged him, the 6ft2 actor who's best days are probably behind him, challenged him to a fight, at which point he called the cops KTLA reports. It's unclear whether he had been drinking but in 2009, Gone Hollywood reported that the former “Brat

AS bad bosses go Robert Yachen Lee certainly has to be up there. Cops say the yoghurt store owner suddenly flipped out after luring one of his employees into the stockroom, attacking and stripping her and locking her up in a box.
According to Los Angeles county prosecutors, the yogurt store employee woke up totally naked except for an adult diaper in an upstairs storage room at the Monterrey Park, CA store.
She was also bound with tape with a collar around her neck and lying face down in a box that had been placed in a soundproofed storage room."
Needless to say after she managed to free herself, she ran to a nearby optometry office for help and called the cops.
Lee is being held on $10 million bail after he was charged with kidnapping to commit rape and attempted murder.

Needless to say the employee is unlikely to go back to work. 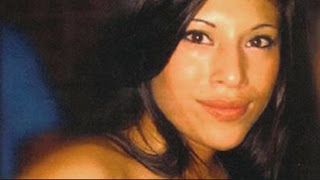 UPDATE: Denver Police have named Travis Forbes as a suspect in the murder of teen Kenia Monge.
The Denver district attorney is working on preparing an arrest warrant for him. Forbes, 31, is already in custody in Larimer county for another violent crime from July, and is facing charges of sexual assault and attempted murder of a Fort Collins woman. KENIA MONGE UPDATE
EARLIER: The search for Kenia Monge, 19, appears to have come to a sad end. Cops searching a field northeast of Denver found remains they believe belong to Kenia, a pretty brunette who disappeared from a Denver nightclub on March 31. 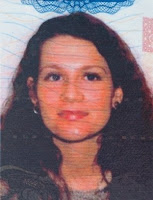 A YOUNG Texas woman traveling through Germany has been brutally murdered in what cops there are calling a "ritualistic" slaying. Brittany Nicole Keele, 23, had embarked on the adventure of her life several months ago but it all came a grisly end in a Hamburg hotel room.
Pal Cortnee Rambo said: "She was really eclectic, and she was extremely open minded, so it doesn't surprise me in the least she would want to go outside Pearland and Houston, Texas to travel or do anything like that."

She loved traveling and had moved to Germany in June to live with a pal and study. But at the end of August another student allegedly murdered Keele in a Hamburg hotel room. German media reports indicate the killer stabbed her more than 30 times, dismembered the body and left behind a bloody knife in a 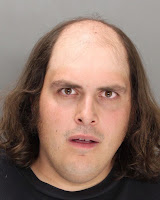 HA! CAUGHT you! Your first thought when you saw this guy's picture was, 'wow, is that Comic Book Guy's brother?' Don't feel bad, we thought that too. Dude is screaming for a Number 1. Maybe if he traded in his copy of the final issue of Kamandi: Last Boy on Earth he could afford it.
Posted by Crime Scene USA at 8:09 AM No comments:

PARTY mom Casey Anthony is planning to abandon her home country and become a Mexican citizen according to reports.
The 25-year-old who was recently voted The Most Hated Woman in America by a recent poll  will move to a Mexican beach villa paid for by a wealthy Californian lover who sent her flirty letters when she was in jail.
It is claimed by The National Enquirer that he has given her $200,000 to help her make a fresh start and she will live in his  secluded beach property near La Paz on the Baja peninsula.
The Florida mother who was sensastionally cleared of murdering her toddler Caylee is currently serving a year's probation in Orlando for check fraud, unrelated to her murder trial.
She has yet to answer any questions about how the two-year-olds body ended up in woodland near her home, although it's known that numerous offers have come in from the the TV networks keen to tell her side of the story, as we reported here. But that may never happen, if the reports are correct.

CHECK out this idiot, who thought it would be a good idea to rob a 7-Eleven dressed as Gumby.

Walking up to the clerk the costume clad crook said: "This is a robbery."
Read more »
Posted by Crime Scene USA at 6:38 AM No comments:

Email ThisBlogThis!Share to TwitterShare to FacebookShare to Pinterest
Labels: 7-Eleven, Armed Robber, Arthur Cloke, Dumb, Gumby, idiot, If you have a heart, Robbery, San Diego, then Gumby's a part of you

﻿﻿﻿﻿﻿A JILTED lesbian jail guard who killed her ex-girlfriend, her uncle and almost fatally wounding her grandfather has pleaded guilty to murder. Kim Wolfe, 43, gunned down Stacie Williams, a 45-year-old nurses aide after the pair met to discuss a possible reconciliation of their relationship.
When the meeting didn't go as planned, the sapphic passion erupted and she pulled out her 9mm, blasting her one time lover several times.
But she wasn't done yet.
After driving to her home in Hempstead, NY, she got into it with her grandfather Marshall Williams Sr, arguing over life insurance policies.
When her 56-year-old uncle Michael Williams, tried to intervene, she shot him in the chest, fatally wounding him.