A SUCCESSFUL Florida real estate agent who vanished over the weekend has been found murdered and her son charged in the sickening crime. Pembroke Pines realtor Natalie Belmonte, 43, was found dead in a marsh near her home yesterday with "visible signs of trauma." Now, her adopted son Gerard Belmonte Lopes, 21, has been charged.
According to the Miami Herald, even after Lopes admitted to stealing thousands of dollars in jewelry from her, his mom begged a judge to give the boy a second chance. Belmonte adopted Gerard, her cousin, after the boy’s father died when he was just 9. She also has a daughter, 20, and son, 17.

Three years ago, she accused Gerard of stealing $20,000 in jewels and selling it to a pawn shop. he admitted the theft but was only arrested in June. Natalie had 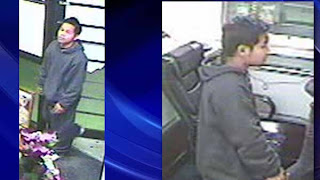 GEORGIA cops have arrested a 17-year-old triggerman in the cold-blooded murder of Deputy Richard 'Rick' Jerome Daly. The 55-year-old veteran Clayton Police officer pulled over aspiring headcase Jonathan 'Bunny' Bun yesterday afternoon to serve him with an arrest warrant. And when the terrible teen--wanted for an unrelated armed robbery-- emerged from the car, he was shooting.
Sheriff Kem Kimbrough said yesterday that the force is "devastated" by the loss of Daly.

Read more »
Posted by Crime Scene USA at 8:48 AM No comments:

OK, so the taste is questionable but it did admittedly give us a giggle. A Casey Anthony dunk tank at a Kentucky fair--complete with a lookalike has been shuttered on grounds of taste. Ha! Ha! Of course, everyone knows the party mom who got away with was found not guilty of killing her 2-year-old daughter Caylee is now in hiding.
Posted by Crime Scene USA at 7:35 AM No comments:

A PERVERT judge forced himself on a prostitute he'd booked, so she set up a video camera and caught him raping her again, cops say.
New Mexico District Judge Albert "Pat" Murdoch, known for his straight talking style, allegedly booked the hooker from a prostitution website about eight times, paying her $200 each time.
But after he forced himself on her, performing oral sex on her at least two times, she recorded him on a hidden camera.
According to KOAT when she hinted about the possibility of someone making allegations against him, the judge allegedly told her he would use the police and his connections to take care of the situation.

WACKY actor Randy Quaid and his bonkers wife Evi will not be extradited to the United States from Canada.
The crazy couple claimed they were running from "Hollywood star whackers" which they said had killed Heath Ledger and David Carradine.
But the Santa Barbara DA wanted to bring them back to California, where they faced charges of felony vandalism after being accused of smashing up a home they were renting.
But the US department of justice denied the attempt to extradite them, who said the resource-intensive and lengthy process involved and says extradition is generally reserved for more serious offenses.

LEIBY KLETZKY WAS DRUGGED BEFORE MURDER

TRAGIC Leiby Kletzky was forced to take a cocktail of prescription drugs before he was smothered with a bath towel the medical examiner revealed yesterday.
Levi Aron made the young Hasidic boy ingest hydrocodone, the schizophrenia drug quetiapine, Tylenol and the muscle relaxant cyclobenzaprine, according to the autopsy report.
The cause of death was intoxication from a muscle relaxant, an anti-psychotic drug and two pain medications, followed by smothering.
Aron, 35, was slapped yesterday with two counts of first-degree murder, kidnapping and other charges by a Brooklyn grand jury, to which he has pleaded not guilty.

Read more »
Posted by Crime Scene USA at 6:47 AM No comments:

RAPPER DMX was finally released from prison yesterday after serving an extra week behind bars for failing a drug test inside the jail.
The Party Up In Here star, who's real name is Earl Simmons served eight months in the Yuma, AZ jail after his probation was revoked when he refused t submit to drug testing and for driving on a suspended license.
A friend of the multi-platinum selling artist who has also starred in movies, Romeo Must Die and Exit Wounds said: "He's just glad to be out."

TYLER HADLEY'S MOM SCREAMED 'WHY' AS HE ATTACKED

AS he smashed the hammer deep into her skull, Tyler Hadley's mom only had one question for the crazy teen - why?
According to his best pal Michael Mandell, the psycho 17-year-old stood behind his unwitting mother Mary Jo, for five minutes before eventually smashing her in the head.
Then as she beseeched him not to kill her, he smashed smash her once again. 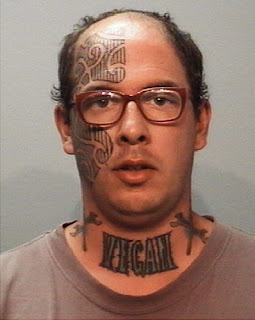 PEOPLE with convictions have propelled civilization forward since time began and this clever chap is having none of that factory farming nonsense. But has he turned over a new leaf?
Posted by Crime Scene USA at 3:00 AM No comments: 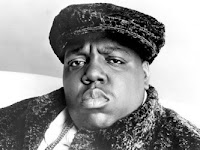 IN THE USA, there are tens of thousands of unsolved murders, disappearances and killers who've gotten away with it. We want to make a difference. CRIME SCENE USA is pleased to announce that we will soon be launching a brand new blog: Cold Case USA. Cold Case USA will focus on America's unsolved crimes, its missing people and finding its most heinous criminals. Stay tuned!
Posted by Crime Scene USA at 1:30 AM No comments: 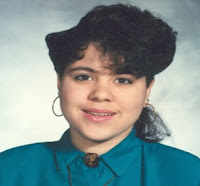 COPS in Ohio searched a rural property for the body of a Columbus mother who vanished in 1997. Anna Zirkle disappeared Feb. 1 of that year and was 22 when she was last seen. Columbus cops were tipped off recently that her body may be buried on a property in Orwell.  Sadly, no remains were found but the search has triggered new interest in the troubling case.
Published reports say the funny, popular woman lived with Darren Williams, her two young sons and her boyfriend's cousin, Troy Austin. She allegedly told Austin she was "tired of everything" and "had to get away." She left her little boys with Austin. Williams was out of town at the time but the mystery of Anna Zirkle is hazy. She reportedly gave

JACQUE SUE WALLER HUBBY CLAIMS: 'I DIDN'T DO IT' 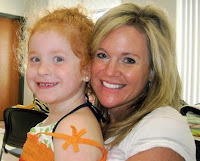 CLAY WALLER says he didn't do it. The Missouri man is being eyed in the mysterious disappearance of his estranged wife Jacque Sue Waller. Jacque Waller, 39, vanished June 1 and was last seen near her soon to be ex-husband's home. But Waller told a Missouri newspaper he had nothing to do with the disappearance and that cops are needlessly focusing on him. He also whines says that he's being harassed by locals too.
Clay Waller said: "It's crazy. I got a helicopter following me every day, police are following me. I'll tell you what is not happening is that the cops are not searching for my wife."