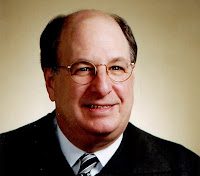 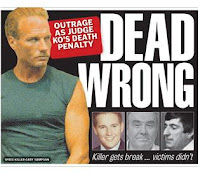 SHOCK. HORROR. Those are some of the reactions to U.S. District Judge Mark L. Wolf's decision to give an admitted spree killer "another chance" by pulling his death sentence. Gary Sampson has recently been granted a new trial that will determine only if he is to be executed or receive life in prison. The repeat offender has already pleaded guilty to three murders in New Hampshire and Massachusetts over a weeklong crime spree in July 2001. Wolf told

AN UBER religious former beauty queen who ripped off seniors in a bogus diet pill scam has pleaded guilty. Juliette Kimoto, a devout Mormon and mom of six, agreed to return $220,000 in cash and assets in the settlement agreement. Her former hubby is cooling his heals in the pen for another white collar scam. The 35-year-old former Mrs. Nevada says she folded--not because she was guilty--because the feds were harassing her. The blame-skipping blonde said: "I'd never stepped foot in the company. People working there wouldn't know who I was. I was not there conspiring. If you asked me what they did there, I don't even know. I've never worked for a company other than my dad's dry cleaner." BEAUTY QUEEN SCAM ARTIST
Posted by Crime Scene USA at 9:14 AM No comments:

THE FAMILY of a murdered Westchester mom bludgeoned to death by her twisted lawyer husband claims Sam Friedlander was a control freak who took inappropriate pictures of their young daughter. After killing his wife, the monster murdered his two young children as they slept. Gary Perez said of his daughter Amy: "I can't see my daughter before she's buried because she's messed up so bad. And the children are cut in half. They told me not to even get clothes for them."
According to the New York Daily News: The Friedlanders were going through an ugly divorce, and friends of Sam, 50, claimed he was driven to madness because Amy belittled him and poisoned his relationship with the kids.
But Perez said that was a lie. He said Sam made his wife get an abortion, he took "inappropriate" pictures of his young daughter, he couldn't hold down a job. MORE IN THE NY DAILY NEWS

Posted by Crime Scene USA at 8:54 AM No comments:

MUGSHOT MANIA! LIFE DID NOT GO AS PLANNED 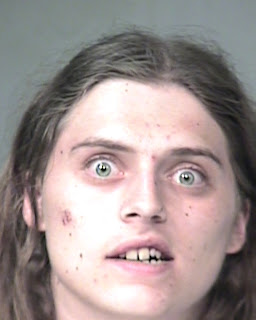 THAT"S just our opinion but we can't really see that it all turned out well for our featured Friday fiend. And, if nothing else, she certainly isn't utilizing her looks.
Posted by Crime Scene USA at 8:31 AM No comments:

HE DOESN'T care about the type of bread, meat or salad because the so called 'Subway Bandit' is only after one thing - cold hard cash.
Cops say the crafty crook has repeatedly eluded detection while breaking into at least 24 North Texas Subway restaurants, including two last month on consecutive nights.
Bedford police Lt. Kirk Roberts, whose city has been hit four times since April told the Star Telegram:
"He's a real professional.”

TO THEIR neighbors they looked like a kindly couple, with a large but happy family made up of kids from their marriages, included two adopted twins.
But behind closed doors cops now say Jeff and Sandra Weller were far from nice and they've now accused them of starving and beating the 16-year-old siblings who were adopted as toddlers in California by Sandra Weller and her first husband.
According to a court document, they told cops: “for as long as they can recall, food in the home has been under lock and key, and they are fed very small amounts of food an average of once a day."
When they were caught, the Wellers forced them to take off their pants and underwear and lie on the kitchen floor while Jeff Weller beat them with a 42in wooden stick, often making them bleed.

REMEMBER dumb Juliette Dunn, who thought it was a good idea to feed her 10-month-old baby cocaine and make her four-year-old son chug beer.
Well the mom of the year has admitted to the her idiocy, but could still face two years in jail according to a Conneticut judge.
As we reported here the 29-year-old was sitting with her pal Lisa Jefferson on a playground when another mom flagged down cops and complained that she was feeding her child beer.
Officers spotted and empty 40-ounce Steele Reserve beer on the ground next to her four-year-old son and a baby bottle that stank of booze.
According to their report witnesses told them that Jefferson told the youngster to chug the beer - and then called him an alcoholic when he finished.

PINT SIZED CROOK, BABY DAYN, MAKES A BREAK FOR IT

MEET Baby Dayn, who wants out and he's going to do whatever it takes, even though he's just one-and-a-half years old.
What he couldn't escape, was the crafty camera set up by his mom, who had struggled to figure out how the sneaky toddler was getting out of his crib every time she put him down for a nap.