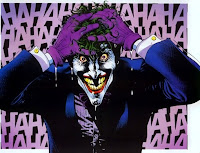 THE DEFENSE has thrown an atomic super-blaster [read bombshell] witness into the Detroit Comic Book Cold Case murder. Former comic book store owner Michael George, now 51, is on trial for murdering his wife in their suburban comic store in the summer of 1990. George killed his "overweight" wife because he was unhappy in their marriage and wanted the insurance money. More from OUR SISTER SITE COLD CASE USA
Posted by Crime Scene USA at 12:47 PM No comments: 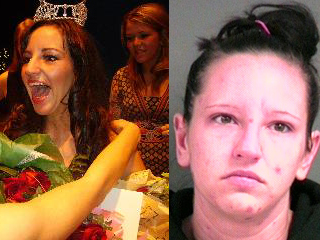 THE FALL of a pageant queen is alway tough and thus it is with the 2007 Miss Douglas County winner. Cops say an officer was driving by a church when he saw a vehicle that looked suspicious. Inside were the former Miss Douglas County, Aunika Bennetti, 26, and Joseph Blake Cramer, 28. Cramer had a warrant for a probation violation, and developed probable cause to search the vehicle. Police say they found a kit with a "personal use amount" of heroin. Cramer is in jail on $250,000 bail, but as of Monday afternoon, Bennetti had been released.
Bennetti won the Miss Douglas County Pageant in 2007, and went on to compete for the Miss Oregon title that same year.
Posted by Crime Scene USA at 8:45 AM 1 comment: 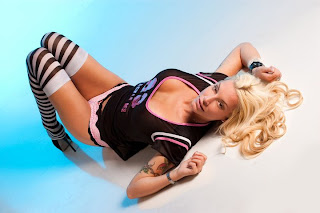 COPS IN Aruba now have two witnesses who saw a woman being violently attacked and now believe the victim was missing Maryland woman Robyn Gardner. A source told the National Enquirer: “The cops believe a local couple actually witnessed the beginning of what turned out to be Robyn’s murder." The pair were out for a drive when they saw a couple fighting inside a car--similar to the one driven by Robyn's suspected killer, Gary 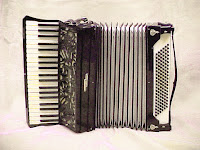 IT'S WAR! Two Wisconsin men are doing battle over polkas and a woman. If it sounds like it has all the ingredients of a daytime soap opera you'd be correct. Polka star Ray Rubenzer has now won the court battle involving his ex-wife and her new toy boy, 82. He filed a copyright infringememnt lawsuit in June over his beloved classic, "Yodelin' Boy Polka." For years he performed it with his wife Lois...she began performing it with her new husband David Melgaard under the title "C'mon and Sing." But they were fooling anyone as true aficionados

MUGSHOT MANIA! WRONG IN MANY, MANY WAYS 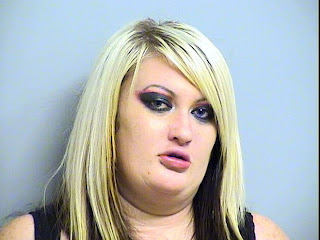 SOMETIMES, when we see certain mugshots (say, thanks Smoking Gun!) we become like the guys you see on fishing shows: giddy beyond belief. "Wow, look at that one!" we'll say.
Posted by Crime Scene USA at 7:33 AM No comments:

AMANDA KNOX PROSECUTOR: 'WE WILL APPEAL'

THE BUNGLING, Satan obsessed, prosecutor who's case against Amanda Knox was dramatically turfed out of an Italian court yesterday, has vowed to appeal the verdict.
Giuliano Mignini's theory that British student Meredith Kercher was killed during kinky sex games with Knox and her boyfriend Raffaele Sollecito was overturned by a Perugia jury.

HE may have only blown up his pants, but the potentially explosive trial began this week for underwear bomber Umar Farouk has begun this week.
The terrible terrorist tried to blow up a Detroit bound Northwest Airlines flight which was carrying 279 passengers and 11 crew on Christmas Eve.
But the bungling bomber only succeeded in blowing up his briefs and when passengers and crew spotted the flames they leapt on the well educated Nigerian from an upper class family.
Patricia "Scotti" Keepman of Wisconsin said: "Smoke was everywhere and we thought we were losing our lives.

CLAY WALLER TO SISTER IN LAW: 'YOUR DEAD'

THE SHOCKING disappearance of Jacque Sue Waller took another sinister twist this week when her husband admitted to threatening her sister on an online forum.

"Your dead," Clay Waller wrote, to Cheryl Brennecke, who is looking after the his triplets, while cops try to establish Jacque's whereabouts.
"I will get you 5, 10, 25 years from now. You have it coming."
Federal investigators learned it came from a computer at a Cape Girardeau pawn shop and the manager identified Waller as the culprit, after reviewing the computer's internet history and noticing that he'd accessed the Topix site.
Waller admitted in court that he sent the threat, referring to the posting as an "email."
He told U.S. District Judge Stephen Limbaugh:"I sent the email. I did it."
To Jacque's family it just raised their suspicions that Waller was behind Jacque's disappearance which we reported here.
Read more »
Posted by Crime Scene USA at 6:15 AM No comments:

A DRUNK mom tossed her her son over a fence while fleeing from her car which she'd crashed while driving under the influence.
None to bright Nikki Settle, 25, already had a suspended license when she smashed her car on into the median on South Carolina's Interstate 26.
But rather than hang around, the dumb mom, scooped her son out of her white Lexus, walked across the highway and up a hill.
She then tried to toss the four-year-old over a 10ft tall fence.
Needless to say the horrified witnesses, who'd watched her driving erratically before the crash, stepped in and according to WHNS she talked her out of hurting her son until deputies arrived.
Thankfully an EMS check revealed the boy, who authorities turned over to his grandmother, was unharmed.

Read more »
Posted by Crime Scene USA at 5:16 AM No comments: