ONE OF THE persons of interest in the sickening Lauren Giddings dismemberment murder was once asked by his mom whether there was a romance brewing between the two. According to Glenda McDaniel, her son Stephen Mark McDaniel considered Lauren, 27, a friend, and the two lived in the same building in Macon, Georgia and were classmates. He told her his focus was finishing law school.
Giddings' torso was found outside her apartment building June 30 and were in such appalling shape it took nearly a week for a positive identification. 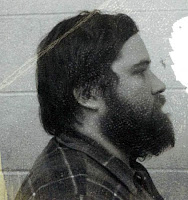 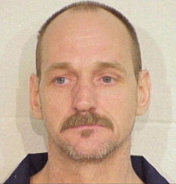 THEY WERE among the most notorious murders of the 1970s. An ugly chain of unsolved child killings in suburban Detroit know as the Oakland County Child Murders. Now, they are being looked at again as part of a cold case task force examining 30 unsolved homicides.
A law enforcement official said: "The grand jury is hearing information related to one of the child slayings of the 1970s, but as far as I know, there is no new

A FLORIDA couple have been found guilty of manslaughter in the grisly death of the woman's daughter--strangled in her crib by a pet python in 2009. Stupid idea, right? We thought so. The jury in Sumter County found Jaren Hare, 21, and Charles "Dummy" Darnell, 34, guilty of manslaughter, 3rd degree murder and child neglect. Both Jaren and "Dummy" rejected plea deals that would see them out in a 10 spot--now they face 35 big ones in the crowbar hotel. Hare sobbed as the verdict was read. 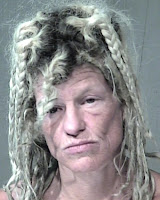 WE'RE not really sure what she's done or who she is but we sure like the hairdo. It's got Bob Marley and Louis XIV rolled into one. Thanks to our friends at The Smoking Gun for this lovely lady.
Posted by Crime Scene USA at 7:47 AM No comments:

ROB Lowe will not get to play accused wife killer Drew Peterson in a TV movie about his life if the former cop has anything to do with it.
'Ladykiller: The Drew Peterson Story,' was being filmed for Lifetime Television, about the strange disappearance of his fourth wife Stacey in 2007 and the death of his third wife Kathleen Savio who was found dead in the couple's bathtub in 2004.
Her death was initially ruled accidental, but Drew was later charged with her murder - which he denies. Before her disappearance Stacy Peterson also
Read more »
Posted by Crime Scene USA at 7:04 AM No comments: 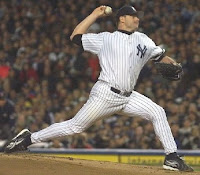 Baseball legend Roger Clemens' case was dramatically struck out of court yesterday when the judge sensationally declared a mistrial after prosecutors revealed banned evidence for the jury.
The seven time Cy Young award winning pitcher could not be assured a fair trial according to US District Judge Reggie Walton after the jury were shown evidence against his orders.
Lawyer's began playing a video from the Rocket's 2008 Congress testimony showing the jury, Rep. Elijah Cummings, D-Md referring to former teammate and close friend Andy Pettitte's conversation with his wife. One of the chief pieces of evidence against Clemens is Pettitte's

FORMER NFL linebacker Eric Naposki was found guilty in the 17-year-old murder of man so he could get his hands on $1 million in life insurance.
Eric Naposki, who played or the New England Patriot's and Indiana Colts conspired to kill Bill McLaughlin, the 55-year-old millionaire boyfriend of his former lover Nanette Johnston Packard.
Prosecutors said Naposki was given a key to McLaughlin's Newport Beach, CA, home by Packard, so he could let himself for the 1994, killing. He then blasted McLaughlin six times, before heading to his job at a nearby bar where he worked as a bouncer. 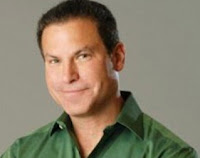 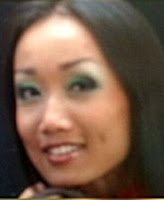 HER beautiful naked body was found hanging, her hands and feet bound with orange electrical cord after a high society party at her pharmaceutical millionaire boyfriend's mansion.
Rebecca Nalepa, 32, met what officers described as a 'very violent and very suspicious end' at Jonah Shacknai's historic $17 million home in Coronado, CO.
The 54-year-old's brother Adam made the gruesome discovery.  He told cops he found the 32-year-old divorcee's body hanging by her neck from a second floor balcony, with her hands and feet

SHARON STONE SHELLS OUT $232GS TO MAN WHO FELL

BASIC Instinct star Sharon Stone has been ordered to pay a small fortune to a man who claims he fell 15ft into a ravine on her property, suffering major injuries. Peter Krause claimed that he was installing outdoor wiring on the star's LA home when he fell down a "large concealed drop off" into a fence reports Radar Online. The jury found Stone negligent because the fence wasn't up to code or strong enough to prevent the 15 ft fall into a neighbor's property.
Krause reportedly claims he has been unable to work since this incident after suffering internal injuries. Stone defended the safety of her property, and jurors were shown detailed diagrams and photographs of the backyard.
But ultimately the jury found for Krause awarding him the one off payment.

Posted by Crime Scene USA at 4:43 AM No comments: