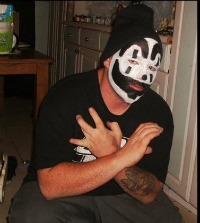 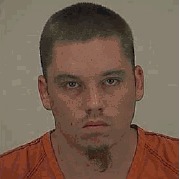 OH, THOSE juggalos. A while back we took it on the chin from an irate fan of the Insane Clown Posse in general and juggalos (their fans) in particular. We were mean. Stupid. Well, they're back in the news, although this time it isn't mass murder (see Farmville.) Now, a racist Arizona "juggalo" has been busted for molesting a special needs girl, 16. Timothy 'Timmay' Lowe, 22, was jailed on secxual exploitation, child molestation and fessing up to sex with the girl--and others like her.
Her parents called cops after suspecting she was sending Timmay nude 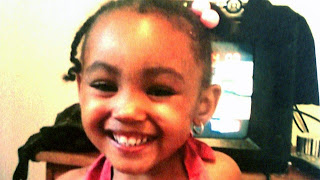 DETECTIVES in Detroit have made an arrest in the sickening slaying of 5-year-old Mariha Smith. The pretty little girl had been reported missing last Sunday morning. Hours later Mariha's body was discovered, burned beyond recognition inside one of Motown's many abandoned homes about a mile from where she lived. An autopsy provided positive ID and revealed she had been strangled to death and then burned post mortem. Her skull had been crushed, indicating she was beaten.
As the manhunt went red hot Thursday, cops 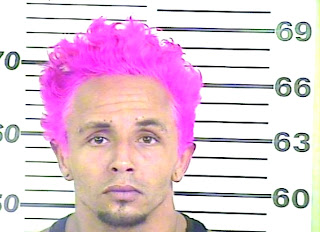 OF COURSE, the big question is: why? What was dude channeling? Some bizarre, long forgotten Middle Age art form? Maybe it's just more simple than that: maybe it's about 'winning.'
Posted by Crime Scene USA at 9:03 AM No comments: