CASEY ANTHONY WILL NOT APPEAR IN COURT

PARTY MOM Casey Anthony will not appear in court in the case of a woman who claims she ruined her reputation.
Instead, she will now have to give videotaped testimony in case brought by a woman named Zenaida Fernandez-Gonzalez.
Back in 2008 Anthony told cops that a nanny with the same name had taken her two-year-old daughter Caylee - a claim which was later revealed to be completely false.
And now Fernandez-Gonzalez is claiming her reputation was ruined as a result.
Anthony who was recently acquitted of killing Caylee and released from jail in July, is now serving probation on an unrelated charge at an undisclosed location in Florida.
Her whereabouts have been kept secret due to the fact that she has been receiving death threats, after being voted America's most hated woman.
Posted by Crime Scene USA at 9:50 AM No comments:

'CATCH ME IF YOU CAN' TEEN MATHEW SCHEIDT BUSTED 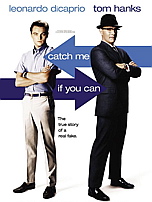 A CRAZY teen who posed as a physicians assistant and performed CPR and chest compressions on unsuspecting patients has been busted.
Mathew Scheidt was just 17-years old, when he somehow managed to obtain hospital credentials as a physicians assistant, which allowed him perform physical examinations on patients, view their confidential records and interview them.
He told staff at the Osceola Regional Medical Center, Florida that he he had been on a university medical programme.
But the teen, who's antics echo the Leonardo DiCaprio's movie 'Catch Me If You Can' was eventually busted after trying to enter a restricted area of the hospital in Kissimmee, FL.

THE EVIL child snatcher who kidnapped Elizabeth Smart and repeatedly raped her will enter the Hellish world of Fedral prison this week.
Brian David Mitchell, held a knife to the then 13-year-old's throat after waking her up in her bedroom, before casually walking her out of her family's Salt Lake City, UT, home.
Then along with his wife, Wanda Barzee, he drove her 18 miles to his Sandy home, where he held her hostage and subjected her to sickening abuse.
Brian David Mitchell has finally left Salt Lake City for his new home: federal prison.

A TWISTED pedophile was caught after he pawned a camera with his sickening sexual abuse on it and the family who bought it found the footage.
Pervert Luis Andres Cardona, 53, taped himself raping a nine-year-old, who he admitted he'd been molesting between December 2008 and February 2011.
But then, when he ran low on cash, he pawned the video camera, but forgot to take the tape out and the Rio Grande, TX, family who bought it found the sickening footage, cops said.
They quickly turned it over to police.
The pedophile who will spend the rest of his life behind bars after he was jailed for 50-years begged forgiveness from the girl and her family according to The Monitor.