HE IS described as an abusive, love rat and now cops say Kashif Parvaiz and his lover Antoinette Stephen, both 26, orchestrated the cold-blooded murder of his adoring wife Nazish Noorani. The sinister twosome apparently hatched the vile deed through texts and phone calls. Every sickening detail was hammered out including how long it would take for cops to show, according to the New York Post. They even went through a dry run. 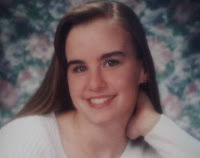 WHEN Michael Prpich opened the suitcase he had no idea of the horrors that lay within. For inside, were the body parts of his missing sister Pamela Prpich, 32. The remains were found in a creek in Dearborn, Michigan Friday. Cops say Pamela vanished on Aug. 12 and hadn't been heard from since. Michael Prpich said: "There's an empty feeling inside. We're devastated."
Prpich the The Detroit News, he was walking the shoreline of the creek Thursday and asked a passing canoeist if he had noticed anything unusual. He said the boater mentioned a suitcase along the shore. Prpich said he pulled it up on the shore and opened it. He said he knew
Read more »
Posted by Crime Scene USA at 8:39 AM No comments: 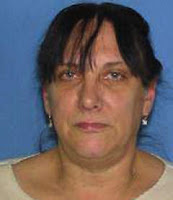 TODAY, Betty Peltier, 58, will go down as the Meanest Woman in America. Peltier of the Chicago suburbs is accused of stealing an autistic boy's therapy dog--then phoning about the $1,000 reward. Peanut apparently slipped out of the family home earlier this summer while the family ran errands. A neighbor told cops she saw a woman drive by and scoop the dog up. After offering a $1,000 reward for Peanut’s safe return, Monica Hildalgo said she received several calls from Betty Peltier inquiring about the money. Cops arrested the miserable old bitch when she tried to return the 3-year-old dog. According to the Chicago Sun-Times, she faces a misdemeanor theft charge.

Posted by Crime Scene USA at 8:26 AM No comments:

IT WAS a decision bound to trigger a flurry of emotions. It seems no one was neutral on the  West Memphis Three: sinister killers or a miscarriage of justice. Friday, they were let free after 18 years in jail. But to one of the parents of the two three boys who were murdered, it was "crazy." In 1993, Damien Echols, Jason Baldwin and Jessie Misskelley Jr. entered an Alford plea on murder charges for which a jury had found them guilty. By doing so, the three maintained their innocence even as they acknowledged that prosecutors have enough evidence to convict them. They were accused of killing Christopher, Steven Branch and Michael Moore. The boys' bodies were mutilated, then left them in a ditch, hogtied with their own shoelaces. EMOTIONS RUN SKY HIGH IN WEST MEMPHIS THREE CASE
Posted by Crime Scene USA at 8:19 AM No comments: 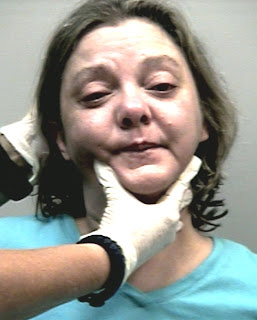 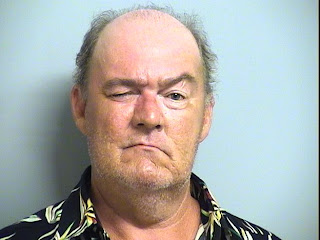 THESE ARE the Days of Our Lives. No, actually it's just a couple of brutal heads in trouble with the law. What better way to kick off a summer Saturday, huh?
Posted by Crime Scene USA at 8:12 AM No comments: