HE BUTCHERED his wife, her twin and his mother-in-law in a deadly July 4 weekend massacre, before turning the gun on himself.
Crazy Kenneth Myers, 46, led cops on a deadly high speed pursuit before leading them to the scene of the family slaughter in Columbia, SC.
Myers' wife, 25-year-old Angela; her twin sister, Tabitha Brown; her mother, 50-year-old Vicki Brown; and Myers' ex-wife, 47-year-old Esther Baldwin were all found executed from single gunshots.
Investigators spent all night trying to piece together why Myers might have gone on the killing spree. Deputies weren't immediately familiar with him before Saturday night.
"It's hard to say at this point in the investigation why those people were killed," Aiken County Sheriff's Capt. Charles Barranco said.

JAYCEE DUGARD, A STOLEN LIFE: 'I PROTECTED OTHERS'

JAYCEE Dugard didn't try to escape from the hands of her perverted kidnapper because she felt that that by staying she was preventing other children being kidnapped and raped.
Answering the question that had puzzled people, she testified that she was determined to help others avoid creepy Phillip Garrido's sick perversions.
The 32-year-old said: "He said he had a sex problem and that if he got me he wouldn't have to do this to anyone else. So I felt I was helping prevent this happening to anyone else, even if it was in a sick and perverted way. 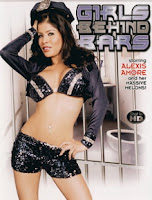 THE case against monster dad Riley Choate who is accused of torturing killing his 13-year-old son took a bizarre twist, when the judge placed a gagging order on the case.
Along with his wife Kimberly Kubina, he is accused of the brutal torture of his son Christian, keeping him locked in a dog cage and barely feeding him.
The tragic 13-year-old wrote "I want to die" in a diary, just weeks before his life was cut short and his body was found buried near their home in a Gary, IN, trailer park.

CASEY Anthony was 'raised to lie' and 'lived in a fantasy world' her own lawyer admitted, but that did not mean she killed her daughter Caylee he said.
The one time party mom's lead attorney Jose Baez  said the whole family was full of liars and that she had been taught to lie from an early age.
He said:  "Lies are what lives within this family. Casey Anthony was raised that way. Raised to lie. Is it a surprise she lived in a fantasy world?"
The he continued to point the finger at her father for the murder of the tragic tot.
Yet again he asked the court, why he never told anyone about how he had buried the family pets - wrapped in blankets, covered in a plastic bag and wrapped with tape before being buried in the backyard.