MUGSHOT MANIA: 'So I said to Abdullah the Butcher..' 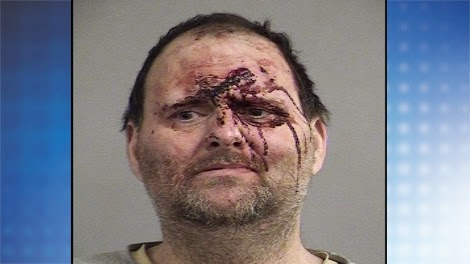 "I don't much like your attitude..." The Butcher did not take my frank views in the way they were intended.
Posted by Crime Scene USA at 8:57 AM No comments: 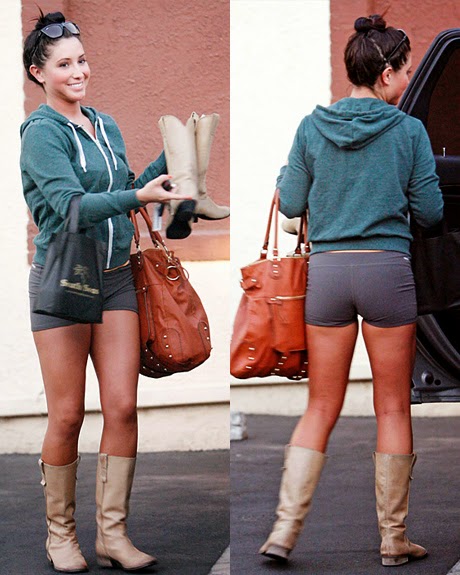 ANCHORAGE, ALASKA -- Bristol Palin -- the party girl daughter of former vice presidential candidate Sarah Palin -- was slut-shamed triggering the bloody, drunken donnybrook at the snowmobile party last month. TMZ is reporting that Bristol's sister, Willow, 20, was shoved by the wife of the host and Bristol jumped to her defence. "Heavily intoxicated" Bristol told cops the woman's hubby Korey Klingenmeyer pushed the drunken stunner to the ground, dragged her around by her feet  and called her a slut and a c--t. Others claim it was everyone's favorite hometown GOP cutie who kicked off the melee by slugging Klingenmeyer 5-6 times after being given the boot from the bash.  Mama Palin said: "My straight-shooter is one of the strongest young women you'll ever meet." MORE IN THE NY DAILY NEWS

Posted by Crime Scene USA at 8:49 AM No comments:

He wasn't the mane suspect in any of their cases and it appears that he just wanted to be a good neigh-bour. Either way, we pity the officer who was saddled with taking home this horse after it trotted into a British police station.


Quite why the nosey pony thought it was a good idea to trot into the station in the North West of England is unclear, but Superintendent Peter Cowcroft said: "At neigh point did the horse pose a risk to security and appeared to be a well cared for animal.

The body of a John Doe who bears a "strong resemblance" to a former state department employee accused of the gruesome 1976 sledgehammer murders of his wife, mother and three sons, is being exhumed by the FBI.
Investigators believe the unidentified man who was killed by a hit and run driver in 1981 may well be William Bradford "Brad" Bishop Jr., a mainstay on the FBI's 10 Most Wanted Fugitive's list for years.
Read more at Cold Case USA
Posted by Crime Scene USA at 5:11 AM No comments:

If his career wasn't up in smoke before, it probably is now, because NFL star Adrian Peterson has allegedly admitted to smoking "a little weed" during a urine analysis.
The Minnesota Vikings running back made the astonishing claim to an employee conducting the exam, according to a motion filed by Montgomery County DA Brett Ligon in a Texas court.
Peterson who was indicted last month on a felony child abuse charge is currently out on a $15,000 bond, a condition of which is not to smoke marijuana.
He has denied that he intended to harm his four-year-old son by spanking him with a wooden switch which could see him jailed for up to two-years and fined $10,000.
A judge will now rule on the motion to determine whether a warrant should be issued for his arrest.

Posted by Crime Scene USA at 4:39 AM No comments: 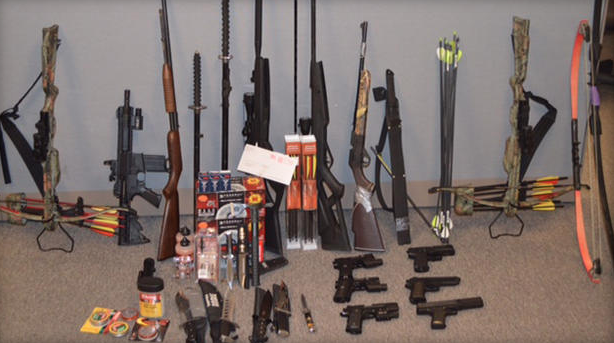 A gun loving teen who "threatened to shoot, stab and assault" staff members at his California high school had a huge cache of weapons at his home, cops said.
Mathew Ross had hundreds of rounds of rifle and shotgun ammo, hunting knives, swords, hatchets and crossbows at his home, Deputy Shaunna Ables of the San Bernardino Sheriff's Department said.
The 18-year-old told deputies he wasn't getting respect from his teachers the Black Rock High School in Yucca Valley, she added.
During his interrogation Ross made statements that he intended to use the weapons and named three members of staff who he intended to target in the small town around 110 miles east of Los Angeles.
He was charged with making criminal threats and booked into the West Valley Detention Center, according to CBS Los Angeles.


Posted by Crime Scene USA at 4:22 AM No comments: