A TENNESSEE family is fighting to keep a relative behind bars in the 1986 double murder of her parents. Evil Ginger Turnmire shot to death her mother and father as part of a sinister hit list. Her uncle Danny Carrier says the family wants her kept locked up. He was on Ginger's hit list.
Det. John Huffine busted Ginger--then 15--after her crimes for the killing of James and Velma Gene Turnmire. He recalled how she told pals about what she had done.
He said: "One of her friends pulled me aside and said 'she did what she said she did, I saw it. On the way there, she admitted to it and asked me what was going to happen to her." She blamed the bloody slayings on a motorcycle gang and a

Read more »
Posted by Crime Scene USA at 8:43 AM No comments: 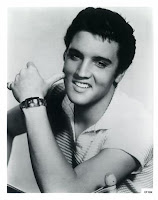 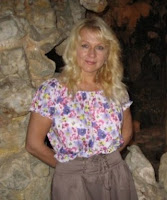 A SCOTTISH Elvis Presley fan who vanished during celebrations of the King's birthday has been found--but not the way friends and family had hoped. Memphis police say they found a woman's body near where Gerrie Lawrie, 40, of Aberdeen, Scotland was staying. So far, there is no cause of death.
Lawrie had been reported missing Saturday. It was her sixth visit to the music capital and home base of Elvis central where he lived and died. When she didn't fly home to Aberdeen as scheduled people became worried. The mother of

COPS in California have found a second adult body in the ruins of a home where a triggerman critically wounded Officer Jarred Slocum during a wild shootout. It was believed to be the body of Beverly Rakov, 51, the mother-in-law of suspected gunman Kevin Collier. The other body found in the home Sunday night was believed to be that of Collier. Clip is above. MORE FROM FOX NEWS

Posted by Crime Scene USA at 7:59 AM No comments:

TALK about making a meal of things - especially over a youth football game.
But Dejuan Wells definitely bit off more than he could chew, after going mad about a game winning touchdown being scored against his kid's team in the last nine seconds of the game.
Hardly the NFL, most of his youngster's team, The Spartans seemed okay with the result against the Boilermakers, but not Wells.
As the red mist descended he ran onto the field yelling profanities at Football League Commissioner, Tyre Shelton who promptly ordered Wells to calm down, lower his voice, and move back away from the field.

﻿﻿﻿﻿﻿﻿﻿Faced with the death penalty, he wouldn't be the first crook to testify against his partner in crime to spare his own life. Except Randy Tundidor Jr's alleged accomplice is no ordinary collaborator because it's his father Randy Tundidor Sr.

Both are accused of killing their landlord Joseph Morrisey, 46, a Nova Southeastern University professor after a rent dispute.
Just before midnight on April 6, an armed intruder broke into the Morrissey's Plantation home, forcing the couple to drive them to an ATM to withdraw $500, a Plantation police report said.

SOMALI PIRATES GET LIFE FOR KILLING US CITIZENS

A PAIR of pirates who were part of a botched attempted ransom that left four US citizens dead, have been sentenced to life in prison.
Somali's, Ali Abdi Mohamed, 30, and Burhan Yusuf, 31 admitted that they had been trawling the high seas looking for vessels to snatch and people to ransom when they came across the S/V Quest,  a small yacht carrying two US couples.
Read more »
Posted by Crime Scene USA at 6:04 AM No comments:

STRIPPER felon Lee Grace and her brothers in the deadly 'Dougherty Gang' have been charged with attempted murder along with a host of other offences after their multi state crime rampage.
In a week long wild ride, the wannabe porn star along with her brothers Ryan Dougherty, 21, and Dylan Dougherty Stanley, 26, took pot shots at a cop car in their home state of Florida.
Then after robbing a bank in Valadosta, GA, they went into hiding, but they were eventually brought to justice after another high speed pursuit, during which they again aimed automatic rifles at pursuing officers before crashing their White Subaru Impreza.
Read more »
Posted by Crime Scene USA at 5:19 AM No comments: 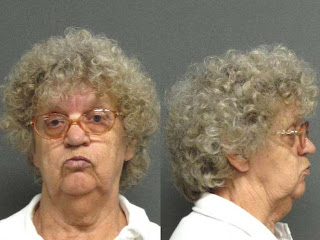 TEA AND cookies, sweetie? AARP are now lobbying against the discrimination against old crooks. This old doll ('you'll never take me alive copper!') is proof positive is not just a crime for the young.
Posted by Crime Scene USA at 5:00 AM No comments: