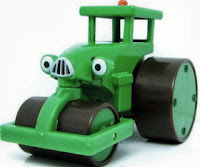 BEFORE you ask the answer is yes - there was alcohol involved.
A man took a steamroller on a joyride and somehow ended up with his ankle pinned underneath it after losing control.
Cops in Sudbury, Ontario said somehow he'd tipped it and it had landed on top of his leg, which was severely injured by the crushing weight.
A police source said: "As idiotic crime goes this one is pretty much top of the list. He was clearly drunk and thought it was good idea. Needless to say he sobered up very quickly when it fell on him.
"It would be funny, of his injuries weren't so severe."
The man is facing charges of theft and impaired driving when he gets out of hospital.
Posted by Crime Scene USA at 7:33 AM No comments:

A 30-YEAR-OLD Chicago cold case has finally been cracked thanks to new DNA evidence.
Dawn Niles was last seen alive in March 1981, when she left the Windy City's Hinsdale South High School with her boyfriend Gary Albert. Five days later a fisherman found the 15-year-old's body buried in a nearby forest.
She had been repeatedly stabbed and an autopsy later revealed that she had been three months pregnant at the time of her death.

LAUREN SPIERER'S MOM TO KIDNAPPER: 'SHAME ON YOU' 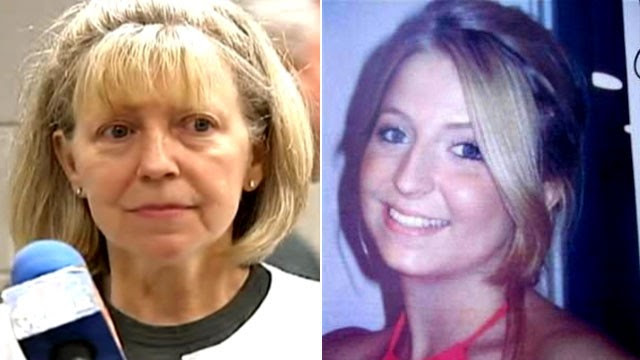 THE MOM of missing Indiana university co-ed Lauren Spierer made a tearful plea for her safe return: "I want to say to the person who has Lauren or has harmed Lauren: Shame on you! In relationship to that, the person who knows this person who's not coming forward with the information, I beg you to come forward."
Spierer, 20, a bubbly blonde from Westchester, New York disappeared June 3 after a night of partying in Bloomington and has not been seen since. Despite a massive manhunt and some tantalizing clues, 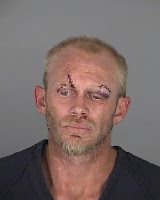 TODAY on Monday Mugshot Madness, we celebrate the great city of Tampa, Florida. Jay Johnson, left, was busted for possession of cocaine. No shit, says you. Jay does indeed appear to be flying as he poses for the police camera. On the right, we have an artistic portrait of Justin Blair King. It's called: "I Fought the Law." No, seriously he is in deep shit: Atmp - Kidnap Inflict Bodily Harm Or Terrorize Vict Or Other, Aggravated Assault. See ya' around.
Posted by Crime Scene USA at 6:38 AM 3 comments:

TRAGIC tot Caylee Anthony was definitely murdered, but it is impossible to say how Orange County's Chief Medical Examiner told the court in party mom Casey Anthony's murder trial.
Dr. Jan Garavaglia told the rapt jury she had concluded that the two-year-old's death was a homicide because of three factors.
First, Caylee was not reported missing because she thought an accidental death, such as drowning, would have been reported.
Second, the fact that  Caylee's body was hidden, and finally, the presence of duct tape on Caylee's face led her to believe the tot was definitely murdered, but she could not say how the tot had died.

MOM CHOKED DAUGHTER, 11, TO 'SAVE HER' FROM PEDOS

A TWISTED mom strangled her 11-year-old daughter to death to 'save her from pedophiles' cops say.
Kristina Buckley told cops she was worried about sex predators targeting her little girl Cecilia, so she killed her.
She then cut her wrists and neck in an attempt on her own life, but was saved when cops were called to her Sherwood, OR home.
She made "spontaneous" statements to police indicating that she had killed her daughter, her arrest affidavit states.
Emergency crews removed Cecilia from the home and attempted to resuscitate the unresponsive girl. She was transported by ambulance to hospital where she was pronounced dead.

THE apple didn't fall far from the tree, but in this case it was rotten to the core.
Evil Guenevere Hudnall, 19, allegedly smashed her father to death with a pickaxe on the instruction of her mom Stephanie so they could claim his social security benefits, cops say.
William Hudnall, 51, didn't have a chance as the twisted teen waited for him to go to sleep in his Hawthorn, FL trailer home before bludgeoning him with the axe in his head and chest.
Sheriff's Detective Sandra Myers said: “The victim continued to make noise so she struck him with the axe until he was quiet to make sure he was dead."