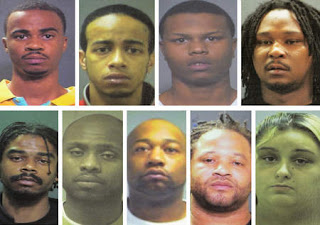 PIMPIN'. Is there anything lower than a pimp (child molesters do come to mind)? OK, there is but they're near the bottom of criminal food chain, society's too. Chicago cops have smashed a sex trafficking ring that had victims as young as 12 who were recruited to work as hookers. According to the Chicago Sun-Times, some worked 24 hour shifts--then gave 100% of their cash to their pimps. If they didn't they were beaten, whipped, threatened with death, branded with tattoos then stuffed in car trunks for hours. Cops said they had uncovered the "major" human sex trafficking operation run by Vice Lords and other gangs on the South and West Sides. The 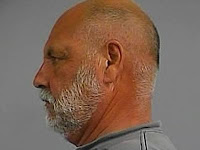 WE LIKE George E. Howard. There. We said it. The 58-year-old Louisville man faces a slew of charges after being nabbed while driving, drinking a beer and being sexually pleasured. Cops say he was drinking from a can of beer and driving recklessly. A female passenger was bent over with her head between Howards's legs. Good on him. According to WLKY: Police said that upon contact with Howard, he smelled strongly of alcohol, had glassy eyes, was confused and unsteady on his feet, and once out of the vehicle, Howard's pants fell to the ground. Howard told officers he was having sex while driving and
Read more »
Posted by Crime Scene USA at 8:51 AM No comments: 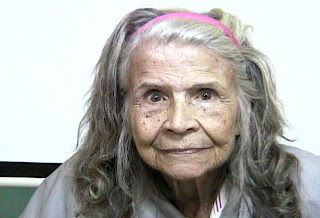 JUST TO make sure everyone knows where Crime Scene USA stands on things, we are not ageist and we believe that Charlie Sheen's wise, wise maxim of "Winning" is not just for the young. So there. 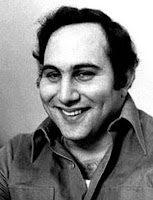 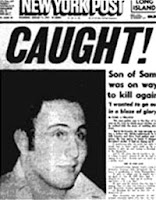 HE IS ONE OF America's most notorious serial killers. For a brief time in the late 1970s, the monster known as Son of Sam, terrorized New York City, leaving bodies in his wake with six dead and more wounded. Now, David Berkowitz has said he will not seek parole next May. In a letter to FoxNews.com, the killer said "he has no interest in parole" thanks to being forgiven by Jesus Christ.
He has previously been shot down for parole five times.
Berkowitz writes: "I have no interest in parole and no plans to seek release. If you could understand
Read more »
Posted by Crime Scene USA at 8:34 AM No comments:

ON A warm spring evening of fun and frolic, Lauren Spierer disappeared. Now, almost three months she has still not been found. And it's move-in day at Indiana University...students are worried that the same fate that befell the 20-year-old blonde beauty from Westchester, NY could befall them.
Posted by Crime Scene USA at 8:03 AM No comments:

A NUTTY professor is believed to have blasted his student lover and the turned the gun on himself, cops say.
Gorgeous Katy Benoit, 22, a recent University of Idaho student was found outside her off campus apartment, blasted multiple times with a .45 pistol.
The next morning cops found the body Ernesto Bustamante, who they believe had been in a relationship with her, with a self inflicted gunshot to the head.
A warrant had been issued for the 31-year-old, who had recently resigned from his role as assistant professor in the Department of Psychology and Communication, when they found him.

HIS grandfather and screen legend Clark Gable must be turning in his grave.
Because his idiot grandson Clark James Gable is facing three-years behind bars, for the dumb crime of pointing a green laser at an LAPD helicopter.
Quite what the 22-year-old was thinking, no one knows, but according to cops the light obstructed the vision of two officers in the helicopter, which they later pinpointed to a small red car.
A police source said: "This type of thing is incredibly dangerous. If he had blinded the pilot, who knows what might have happened."

A NAKED nut has gone on a New York stabbing spree, which has seen two people killed and a further four injured, cops say.
Crazy Christian Falero, 23, allegedly stripped down and knocked on several doors in his Manhattan apartment building, hacking slashing anyone who answered.
Pensioners Ignacio Reyes-Collazo, 81 and Yigao Chen, 66,  both died during the rampage while a further  while three women, ages 60 to 85, were stabbed and a 22-year-old home attendant was punched, police said.
Survivors said he was terrified by the earthquakes.
Edwin Rivera , whose mom Isabel survived eight stab wounds told the NY Daily News:  "He was screaming: 'It's the end of the world!' He was under the influence of the earthquake. That's why he did what he did."