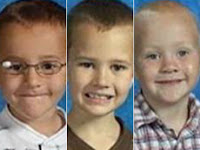 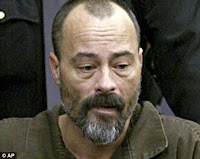 SHOCKING new revelations in the case of a Michigan man whose three sons have vanished filled a courtroom yesterday. Among them: dreams of the three missing boys near a dumpster; the trio in blankets clutching their toys as their dad drove away; his chilling search for the best way to break a neck. John Skelton has pleaded no contest in the disappearance of his three boys: Andrew, 9, Alexander, 7, and Tanner, 5. The boys vanished last Thanksgiving. He has still given no explanation as

SHE'S BACK. And she is ready to P.A.R.T.Y. Apparently, according to TMZ notorious Party Mom Casey Anthony who murdered was acquitted in the death of her toddler daughter Caylee sucked on a bottle of Corona just after being released from a Florida jail. The new images show the 25-year-old promiscuous party girl smiling widely as she comes down the stairs of a private jet; waving the half-empty bottle. Her handlers are now apparently shopping the video around but is prohibitvely expensive. The images of Anthony are triggering outrage and are a chilling reminder of Anthony's heavy partying, posing in bikinis and such in the days following Caylee's 2008 disappearance.
Posted by Crime Scene USA at 9:50 AM 1 comment: 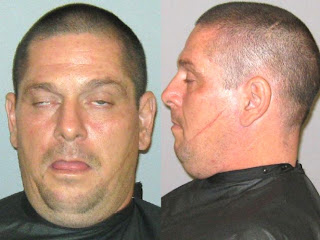 KIDDING. Actually, Hollywood--home of all things original--is doing a biopic on the Three Stooges. Tom Sizemore hopes the role of Curly Joe will reignite his once promising career.
Posted by Crime Scene USA at 9:25 AM No comments:

THE SEARCH for missing 11-year-old New Hampshire girl Celina Cass has now moved to Canada. With no sign that she voluntarily left or was kidnapped, the FBI has enlisted the Royal Canadian Mounted Police--our northern neighbour's border is just one mile away--to search for the shy girl. Also, her stepfather's past has come under the spotlight. MORE ON CELINA CASS
Posted by Crime Scene USA at 9:03 AM No comments:


THE TWISTED relatives of a ten-year-old locked her into a storage bin where she suffocated to death, because she stole a popsicle, cops say.
Ame Deal, was found dead after being padlocked into a storage container and being forced to spend the night into it.
Disgusted cops said the child was 4 feet, 2 inches tall and weighed just 59 pounds, while her tight fighting prison was less than 3 feet long, 14 inches wide and about a foot deep.

TO his pals he was 16-year-old hoops star called Jerry Joseph, who had been orphaned in the Haiti hurricane - but the reality was somewhat different.
He was in fact 23-year-old Guerdwich Montimer, who is now going to prison, instead of taking up a college basketball career.
In a bizarre story, in which he took in everyone he met in Odessa, TX, including his coach at Permian High School, Danny Wright, who eventually took him to his family home in and looked after him.
He told people that he had herded goats on the Caribbean island, according to the Odessa American.

IT was double jeopardy for both a hotel burglar and game show host Alex Trebek, Wednesday when the game show host chased down a burglar, but ruptured his Achilles tendon in the process.
The 71-year-old, who has presented 'Jeopardy' for over 25-years said he and his wife were sleeping when the thief broke into his San Francisco room and made off with cash, a bracelet and other valuables.
Later as he hosted the National Geographic World Championship at Google headquarters in Mountain View he told the crowd: "At 2:30 yesterday morning, chasing a burglar down the hall. My Achilles tendon ruptured and I fell in an ignominious heap to the carpeting, bruising my other leg in the process."
San Francisco police Lt. Troy Dangerfield says 56-year-old old Lucinda Moyers was caught by a security guard at the hotel and arrested on suspicion of felony burglary and receiving stolen property.

SHE really was a space cadet - in fact she was a genuine astronaut.
But after driving 1000 miles, wearing diapers so she wouldn't have to stop to attack her love rival, Lisa Nowak will never see the stars again after she was booted out of the Navy.
Furious that that Air Force Capt. Colleen Shipman  had started a relationship with former space shuttle pilot Bill Oefelein, a Navy commander, who she had also been seeing for two years, plotted her revenge.
Armed with pepper spray canister found in the parking lot, a BB pistol, 4-inch hunting knife, a rubber mallet, rubber tubing, large garbage bag, she then drove to Orlando International Airport and lay in wait for her rival, who was flying in from Houston.