OBERLIN, OHIO -- Girls star Lena Dunham's alma mater is investigating the explosive rape claims she makes in her new memoir, Not That Kind of Girl, Breitbart News is reporting. The 28-year-old creator of the HBO smash revealed in her book that she was raped by a man named Barry,  a "mustachioed campus Republican." Dunham's alma mater is Oberlin College in Ohio. The school confirmed they were probing Dunham's claims.
"We are looking at the information we have," the school's safety director said. "Then we look at how to approach it." Public safety director has not read the curiously popular book.
Dunham said that the man who allegedly raped also attacked two other women -- so she heard.
MORE FROM BREITBART NEWS
Posted by Crime Scene USA at 9:35 AM No comments:

MUGSHOT MANIA! Colorized blasts from the past 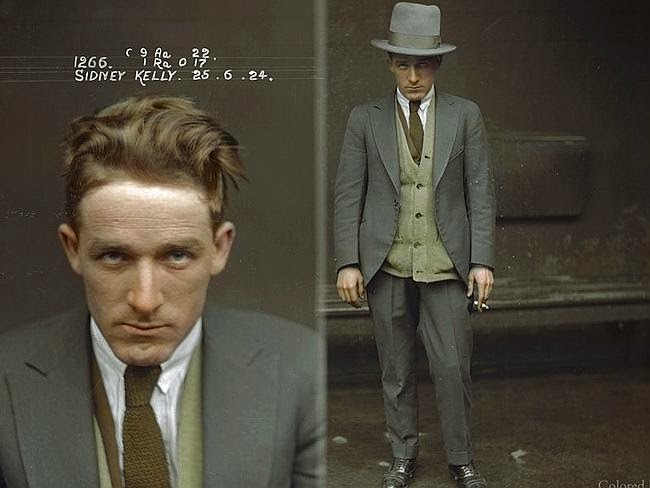 OK, who says we can't be artsy fartsy. Artist Dana Keller has taken a series of old mugshots from Australia and colorized them. The results, to say the least, are dazzling. More after the jump.
Read more »
Posted by Crime Scene USA at 9:23 AM No comments:

DAYTONA BEACH -- A drunken stripper attacked her boyfriend with an ax after getting mad because he wouldn't talk to her, cops said.
Tammy Hiser hit Andrew Whittaker in theDaytona Beach News-Journal.
face after he picked her up after her shift until they arrived at a hotel, according to the
There, the 34-year-old picked an ax and swung it at him, but he managed to get it away from her and called the cops.
"She is an entertainer, a dancer," Whittaker, 28, told the paper. "And that's where the problem is because she drinks and drinks at work."
Cops arrested her on battery charges and she is being held at the Volusia County Jail.

POCONOS, PENNSYLVANIA -- Cop killer Eric Frein's journal "provides a cold blooded and absolutely chilling account" of the night he ambushed two troopers killing one and injuring a second outside a police barracks, cop said.
He wrote that he saw his shot and he took it, adding that he "was surprised at how quick," in the journal which was found at a hastily abandoned campsite, where officers also found explosives and ammunition.
Frein wrote that he took a follow up shot on trooper Cpl. Bryon Dickson's head and neck area.

Meet the "creepy burglar" who cops say breaks into homes in the middle of the night and lurks in the person's bedroom until they wake up. "They are coming face to face, from a sound sleep," said Robert Furello of the Woburn Police Department in Massachusetts.

Then cops said he apologises before taking off.
"We don't know what the next step is going to be," Furello said. "Why is he there? We're just trying to get to the bottom of this."
The man in his twenties, is described as six-feet tall with black marks on his face.

Posted by Crime Scene USA at 5:26 AM No comments: 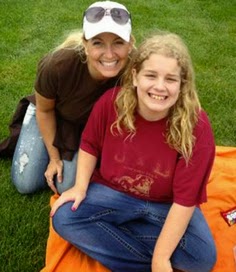 DETROIT --A mom who tried to kill her autistic teenager in what she described as a failed murder-suicide attempt was sentenced to 10 to 22-years in prison.
Kelli Rai Stapleton, 46, admitted to driving her daughter Isabelle, now 15, to an isolated spot in rural Michigan, giving her a sleep-inducing drug and placing two charcoal-burning grills insider their van. She claimed that she had been at her wits ends after years of violent attacks and a failure to find affordable and effective treatment.
Both survived the attack, but Isabelle was in a coma for four days and suffered brain damage. She largely recovered, although she still has memory loss and problems with balance. 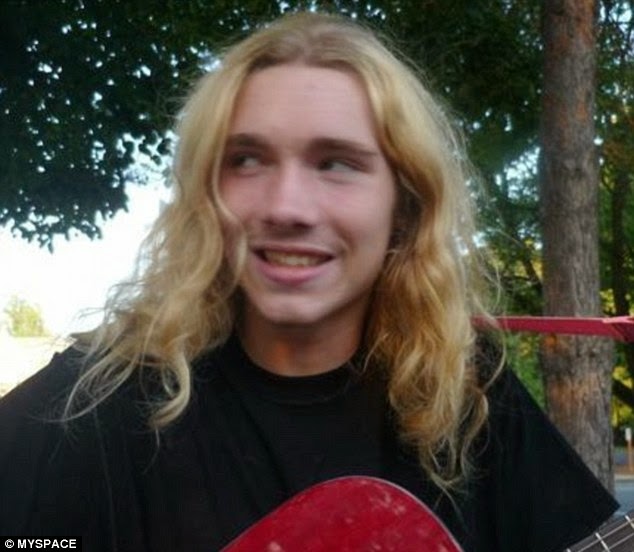 LOS ANGELES -- Miley Cyrus' homeless date who accepted her prize at the MTV Video Music Awards had been jailed for six months for violating the terms of his probation in Oregon.
"I'd like to be viewed as a good person, not as a nuisance to society," said Jesse Helt, shortly before he was led away in handcuffs.  Cyrus befriended the 22-years during a visit to the My Friend's Place youth homeless shelter in LA.

Read more »
Posted by Crime Scene USA at 4:47 AM No comments: