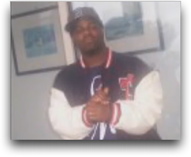 A MASSACHUSETTS man is dead after being stabbed to death by his wife--after she discovered a hickey on his neck! Poor Troy Burston, 34, was found wounded outside his Medford home Sunday night. He was shirtless and had been stabbed in the chest. He was taken to hospital where he was pronounced dead. Cops arrested his wife, Shawntina, 39. Apparently the twosome had just come home from a party and began arguing and hitting each other. But Shawntina went ballistic when she discovered the hickey on his neck and shanked him with a cooking knife.
The couple had two young children. She has pleaded not guilty.
Posted by Crime Scene USA at 11:18 AM No comments:

WOW! WHAT A MESS! A prominent Texas lawyer charged with hiring gunsels to whack his socialite wife will turn himself in today. Jeffrey Stern was indicted last week on the alleged murder-for-hire conspiracy. The cheeky accused killer even asked the DA if the whole matter could be put off... until 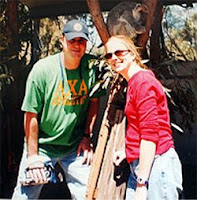 AN ALABAMA man known as 'The Honeymoon Killer' will go to trial in May for murder and kidnapping. David Gabriel 'Gabe' Watson has pleaded not guilty to the charges. Watson earned worldwide infamy when his new wife Tina, 26, died Oct. 22, 2003 while diving off Australia's great Barrier Reef. He pleaded guilty in 2008 to criminally negligent manslaughter. He completed his sentence in early November.
See the sickening video after the jump. 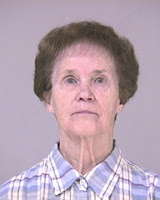 JUSTICE'S LONG arm reached from the grave and arrested a Michigan woman in the March 1, 1957 murder of her six-month-old baby girl. Ruby Klokow was busted Monday after Sheboygan cold case cops reopened the probe. Klokow, 74, will make her initial court appearance Wednesday in Sheboygan Co. Circuit Court.
Cops say that although the death was considered suspicious in 1957, no charges were ever filed.
In 2008, one of Klokow's sons came forward with information that his mother might have been involved in Jeaneen Klokow's death. The body was exhumed and another autopsy was performed.
Her mother told cops the child died in an "accidental fall" from a sofa.
The shocking results  of the autopsy did not match Klokow's story of the

TEXAN teen Victoria Mullins is cursing her foul mouth after being fined $637 for using bad language in a high school classroom.
Now the 17-year-old has had to take on a waitressing job to pay the fine for disorderly conduct and abusive language.
Court records show show that teacher Michelle Lene heard Victoria Mullins say "you trying to start [expletive]!" loudly in class one day last October.
Mullins admitted it was wrong on her part, explaining: “A kid who is really obnoxious, starts stuff with everyone and always gets on my

Read more »
Posted by Crime Scene USA at 7:30 AM No comments:

TWISTED Canadian pedophile John Wrenshall was sentenced to 25-years behind bars for running a Thai brothel that provided boys, some as young as four, to fellow child abusers.
John Wrenshall admitted to using his home in Thailand's capital, Bangkok to host foreign visitors, who would pay him for sex with his young victims.
The sick 64-year-old would also let his clients film and photograph their abuse.
He pleaded guilty to charges of conspiracy to engage in sex tourism, conspiracy to produce child pornography and distribution of child pornography, said the U.S. Attorney's Office in Newark, New Jersey.
He was extradited to America after being busted in London's Heathrow Airport in December 2008.