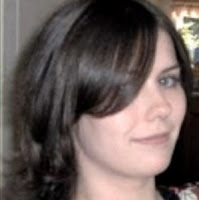 DETECTIVES hunting the Long Island Serial Killer are eying two NYPD officers who have both tangled with hookers in the past. According to the New York Post, one of the cops was forced out of his job in the 1990s for paying homeless women for sex while on patrol. He resigned after an internal probe. The other cop is on the rubber gun squad after being stripped of his badge and gun because he assaulted a hooker and was ensnared in a prostitute sting. A source told The Post: "They couldn't prove anything, but they didn't trust him."

So far 10 bodies have been found along a lonely stretch of Long Island beach. Four of the hookers had been strangled and wrapped in burlap bags. The four call girls found last year have been identified as Amber 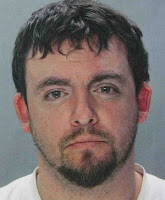 TWISTED tattoist Walter Meyerle traded ink for dink with scores of underage girls. Ohhhh, that Walter. Yep. The one who was busted in March and charged with giving a girl, 14, in exchange for sex. Now, cops say it wasn't just the one incident. The suburban Philadelphia sicko has been charged with sex crimes with more than a dozen other children--some of them as young as 4. Most of the victims were children of friends and girlfriends. The errant inker now faces somewhere in the vicinity of 200 sex crime charges. Tally? Two adults and 14 kids. The assaults took place over the last 13 years and involved children ranging in age from 4 to 17-years-old, law enforcement sources said.
Public safety director Fred Harran said: "My only hope is that this guy gets

SHE WAS the unhappy bride. After just six months of marriage, Dalia Dippolito had had enough. Straight to divorce lawyer, no? Wrong. Our brunette heroine went the standard America route and hired a hitman (actually a cop) in dopey insurance cash plot. Well, it took a Florida jury three hours to send her to the clink. Watch the report.
Posted by Crime Scene USA at 7:15 AM No comments:

MURDERED Maine Mom Krista Dittmeyer's family are not only dealing with her heartbreaking slaying but also new revelations she was involved in the seedy drug underworld. According to the Boston Herald, the pretty slain 20-year-old's mother, Lanell Shackley,  "trembled" after hearing of her darker side.
Friend Kathryn Pratt said: “I think it was just a shock to her. She had no idea. This is all a shock to her.”
Pratt added that Shackley had never met Michael Petelis, the

AFTER Google's BIG meltdown with blogger this week, we are in a mad dash to catch up. Here's a quick hit on some crime news we may have missed because of the great blogger fuck up crash of 2011.
* MTV EXEC'S KILLERS CAUGHT: The LAPD says they have made an arrest in the bizarre shotgun slaying of MTV music coordinator Gabriel Ben-Meir. A 29-year-old Los Angeles woman and her two accomplices have been charged with murder.
MTV MURDER 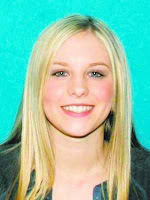 * "ONE CLUE AWAY" FROM CRACKING HOLLY BOBO CASE: Tennessee detectives claim they are being flooded with tips and clues in the Holly Bobo case. And now, they feel confident they may be just one clue away from solving the baffling disappearance. Bobo, 20, a pretty blonde nursing student and the cousin of country cutie Whitney Duncan was dragged into the woods near her home in Parsons a month ago by a man in cam. She has not been seen since.
HOLLY BOBO UPDATE
* SUSPECT IN POST OFFICE BRIBERY SCAM SHOT IN '93: For shame Cliff Klaven! Described at one time as one of the worst bosses in the U.S.