MANY KNEW CHRISTIAN CHOATE WAS BEING TORTURED 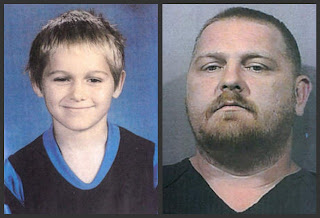 AN EXPLOSIVE report in an Indiana newspaper over the weekend reveals that more than 13 people knew that Christian Choate was being tortured, abused and held in a dog cage. The Times of Munster said none of the people said a word to cops. Just one went to the Indiana Department of Child Services.
The 13-year-old boy died in 2009 after enduring eyars of torture, abuse and cruelty at the hands of his father, Riley Choate and stepmother, Kimberly Kubina. The sad, short life and death of Christian went unreported until cops dug up his body in May 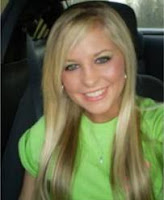 THREE MONTHS. That's what Wednesday will mark. Three months since pretty blonde Tennessee nursing student Holly Bobo, 20, was snatched from her rural home by a man dressed in camouflage. So far, cops from the TBI appear to have run up against a series of brick walls and the trail--if not frozen--is ice cold. Despite thousands of volunteers scouring the woods near her home, clues have been few. For the family of Holly, the last three months have been agonzing and has also left her famous cousin, country star Whitney Duncan, in pieces as well.
Holly's mom Karen said: "Sundays are the hardest days because we were together, our whole family, all day long. Usually on Sunday we were doing things."

GEORGIA detectives believe dismembered law graduate Lauren Giddings was last seen on a restaurant surveillance video at 6:30 p.m., then sent an email from her home computer at 10:30 p.m.
The new information comes after hundreds of people gathered on the weekend to honor the dead woman's memory. Family, friends, and her professors attended a Catholic Mass. After the bread was broken, Lauren's last words were read from her journal she kept during her time as a law student. Her professor, Sarah Gerwig-Moore, shared them at the end of the mass.
She recited: "I forget sometimes at my job at it's most basic sense it's people going through horrible time in their lives. Of course they're upset."
The pretty blonde's dismembered remains were found outside her Macon

IT WAS a battle for the ages in Strongville, Ohio. Someone in a banana costume attacked wireless company's gorilla mascot! The banana remains at large. Manager Brad Parham said: "I noticed a kid in the bushes. Then he just emerged, dressed up as a banana, and sprinted as fast as he could at our gorilla. The kid just speared our gorilla." REVENGE OF THE BANANA
Posted by Crime Scene USA at 9:49 AM 1 comment: 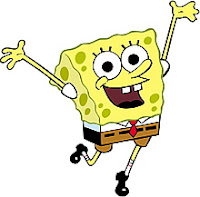 AS attire for bank robberies goes, we've got to give it to this guy - he certainly came up with something novel.
Decked out in SpongeBob Squarepants pajama pants and a blue McDonalds work shirt he walked into a store armed with an assault rifle and held it up.
Along with his pal, who had least had the decency to put on some real clothes, the suspect described as about 5-foot-6, weighing 200 to 220 pounds, with short hair and a light complexion, got away with an

THEY didn't stand a chance. In a deadly five minute rage Everett E. Conant III wiped out his family, killing his three sons and his brother and injuring his wife. It's unclear what sparked the spree, but cops arriving on the scene found  neighbor Jessica Kornder, tending to Suzette Conant when they arrived.
Konder told the Wyoming Tribune Eagle: "She kept screaming that her babies were dead and that her husband shot her. She was trying to pass out on me, and I told her she had to stay with me," she said. "I just tried to calm her down as much as I could."
Kornder said Suzette was shot through her left bicep and left foot.
After a ten minute stand off Conant III gave himself up and cops  entered the Wheatland, WY, mobile home to find he had shot and killed his brother, Nacuma R. Conant, 33, and his three sons -- Everett IV (known as EJ), Charles and

CASEY Anthony's distraught mother is refusing to give up on her daughter and will try to visit her behind bars again.
Cindy Anthony, was turned away when she went to Florida's Orange County Jail last week, after Casey was sensationally cleared of murdering her two-year-old Caylee.
It's thought that she was trying to rebuild some of the bridges burned during the explosive trial when Casey's lawyer, Jose Baez, claimed that she had been sexually abused by both her father, George and brother, Lee. A friend of the family revealed:

TALK about shooting yourself in the foot or maybe the kneecap - either way it looks painful and yes the language he uses afterwards is not for the faint hearted.

We're not sure who this guy is, although his golf shirt and kit, might suggest some sort of law man, but boy it looks like it smarted.

A GHOULISH cemetery director who dug up hundred of graves and resold has admitted to dismembering human remains and stealing from a place of worship.
Carolyn Towns, 51, oversaw a team of grave diggers that would exhume bodies, crush vaults and dump human remains in the trash.
Cops said they would also "double stack" graves, burying existing remains deeper into the ground a putting newer one's in the same location at Chicago's Burr Oak Cemetery.
At the time, Sheriff Thomas J. Dart called the scene "disturbing."
He said: "I found bones out there," he said. "I found individuals wandering aimlessly looking for their loved ones who can't find them."
The investigation also extended into "Babyland," a section of the cemetery intended for children, where Dart added that he talked to countless women who could not find their children.

A DRUNKEN fool broke in and trashed the theatre where the David Letterman show is taped.
Cops say James Whitmore, 22, pried open a metal bar on the glass doors at the Ed Sullivan Theater entrance to get in.
Then he smashed up the vestibule and knocked over trash and the stanchions for the velvet ropes.
Thankfully the was able to get into the the studio where the Letterman show is taped because it was padlocked.
Letterman’s production company, Worldwide Pants, and CBS released a joint statement on Sunday: “The Late Show’s set was not accessed, and the show will be taping as usual tomorrow.”