Miami is awash in blue tears today after two members of an elite police unit were murdered by an accused "evil" killer who also died in the shootout. Officers Roger Castillo and Amanda Haworth were in the process of serving a warrant to Johnny Simms, 23, when the thug opened fire. Another officer was wounded and is expected to make a full recovery.


"It's shocking. It's hurtful," said an emotional Miami-Dade County Mayor Carlos Alvarez, adding that he knew both slain officers personally, having once been the police department's director. "Really, I can't put it into words."

The cops had been searching for a man involved in an earlier slaying. A family member said the suspect "would be right back", according to CNN. Minutes later gunfire erupted with Castillo--a father of three dying at the scene. Haworth--a 23-year-veteran died on the operating table.

Courage. Portland's bikini-clad barista Molly Karvinen wasn't about to let a thief who tried to steal her tips get away with it. The Twin Perks employee tells the tale in the clip above.
Posted by Crime Scene USA at 10:54 AM No comments:

PARIS Hilton is beside herself with worry with beau Cy Waits facing drug felony charges. The celebutard’s, 35-year-old fella was arrested last summer on the Las Vegas Strip and now faces charges of being under the influence of marijuana, and misdemeanor driving under the influence and possession of marijuana.
The former nightclub mogul could face up to four years in prison on the felony charge. An offcer stopped his SUV in August after smelling the weed smoke coming from his car and promptly busted him.
With arraignment Feb. 17, his lawyer, David Chesnoff, said Waits is not guilty.
Hilton herself  is serving a year's probation after pleading guilty to misdemeanor cocaine possession and obstruction charges in the case. But now she’s fearful of losing the man who’s brought stability into her life.
“She’s worried for Cy,” says a pal of the star. “She’s not sure how he’d cope with prison.”
Watts has been relieved of his managerial duties at the Wynn Las Vegas and Encore following the arrest. 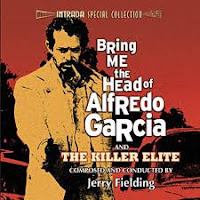 MEXICO’S maddest mobster has been linked to more than 50 grisly slayings after being captured by the army. Juan ‘El Boxer’ Valle Beltran was busted Wednesday after a shootout in the Seadi city of Playas de Rosarito, along with 13 suspected underlings.
His Sinaloa cartel has been fighting a bloody war to take over drug running in Tijuana, the coveted border city across from San Diego.
Led by Joaquin "El Chapo" Guzman, who some observers say has becoMEXICAN MURDER me the most powerful organized crime leader in Mexico, ‘El Boxer’ had become a major player.


“This is a big day for the army and the safety of Mexico,” said a spokesman for the country's Defense Department said in a statement Thursday. “He has been linked with more than 50 killings.”

FULL marks to Shaketa Jones for coming up with a novel excuse.
But the phone sex defence failed to convince a jury she wasn’t part of a botched gas station heist which ended in a hail of gunfire.
Jones 29, claimed she was having phone sex with her boyfriend, Jessie Cooper, not watching the station. She went as far to say that she was fondling herself in full view of the public. But cops and a jury thought differently. In the days leading up to the attack they’d monitored Jones as she followed the store manager on his bank run. So when the gruesome twosome went ahead with the robbery last May, they were waiting.
Cooper was gunned down during the heist, while Jones was arrested across the road from the gas station. Prosecutor John Guy called Jones’ story ridiculous albeit carefully crafted. And the jury saw through her lies too.
Now the only phone sex she’ll be getting will be with phone cards behind bars.

G-MEN orchestrated one of the biggest mob takedowns of all time yesterday, busting 127 suspected gangsters and their wise guy associates in one day.
More than 800 Feds swooped in and made scores of arrests charging people with murder, extortion and other crimes spanning decades.
Unlike past investigations which have targeted individual families, this time they went in ‘mob handed’ busting people from New York, New Jersey and Rhode Island.
Attorney General Eric Holder said a total of 127 people had been charged in newly unsealed indictments related to the sweep.


He bragged: “It was "one of the largest single-day operations against the mafia in the FBI's history. One person was arrested in Italy.”

He added that they were accused of numerous violent and illegal acts, including murder, extortion, illegal gambling, narcotics trafficking, loan-sharking and labor racketeering.

NO PAROLE FOR 'DEPRAVED' MANSON MONSTER 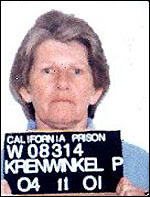 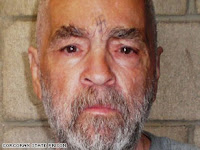 EVIL MANSON KILLER Patricia Krenwinkel was refused parole because she would be “present and unreasonable danger” if released.
Part of  a terror team which took out seven--including director Roman Polanski’s wife, starlet Sharon Tate along with seven other people-- the formerly devoted Manson follower claimed she has turned over a new leaf.
But The California Parole Board once again turned down her request, saying Petulant Patty failed to understand that the world remained affected by the horrific slaying.