YOU wouldn't have thought he would have needed another one judging by this video.
But naked burglar Ryan Abernathy, 34, went straight for the sausage during this heist in a Fort Myers club.
Cops think he got in (Wearing his shorts) through an unlocked sliding glass door and then proceeded to take a shower, before deciding to air dry.

UPDATE: Arizona jurors decided an anti-immigration activist should receive the death penalty for the killings of a Latino man and his 9-year-old daughter, a court spokeswoman said Tuesday.

EARLIER: AN ARIZONA jury will decide today whether an anti-illegal immigrant activist convicted of murdering two Latino Americans born and raised in the U.S. will be executed. Nut job Shawna Forde--a former hooker turned Minuteman--was convicted on Valentine's Day of eight counts, including two counts of murder for the shooting deaths of Raul Flores and his daughter Brisenia.
She also tried to kill the girl's mom, Gina Gonzales. The family was targeted by Forde and her hit squad.
MORE ON THE DEATH PENALTY PHASE
'WHY DID YOU SHOOT MY MOM?'

BLUE HEARTACHE has hit the Tampa Bay area today as another cop has been murdered in the line of duty. St. Petersburg Police officer David Crawford, 46, a 25-year vet of the force was gunned down Monday night. He leaves his wife Donna and daughter Amanda, 24.
The slaying occurred near Tropicana Field where the Devil Rays play. Crawford's murder was the fifth Florida cop killing in the past two months.
According to cops, the suspect was last seen climbing a fence. He is a black male in his late teens or early 20s wearing a hoodie.
WUSF REPORTS: The incident started just after 10:30 Monday night when a resident called police about a suspicious person holding a broken brick and
Read more »
Posted by Crime Scene USA at 11:23 AM No comments: 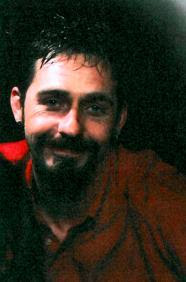 COPS IN OHIO are searching a Cincinnati landfill for clues in the mysterious disappearance of an elderly couple. According to cops, the couple's vehicle was last seen in a rest area off I-75--about 100

FOR 20 years cops in Texas had a suspect in the cold blooded slaying of Edmund Clark in 1987: his wife. And now Harris County Sheriff's detectives say a blood stain on the Norma Jean Clark's clothes was the missing piece of the puzzle.
The couple had lived in a rural area known for it's quiet when that peace was shattered by two bullet's fired into the back of Edmund's head and back. His body was discovered in the master bedroom.
Norma, now 62, claimed she was asleep in the other room.

MALCOLM X's daughter stole the identity of a friend and used it to fund a lavish lifestyle lawyers at a North Carolina court will argue today.
Malikah Shabbazz has warrants out for her arrest charging her with grand larceny, forgery and possession of stolen property for allegedly stealing the identity of a family friend.
The Queens DA's Office said the warrants were issued in June 2010, after she obtained credit in the name of Khaula Bakr, the widow of one of Malcolm's bodyguards.
It's alleged she then used the money to pay bills and other expenses.
The hearing comes one day after Shabazz and her sisters issued a statement marking the 46th anniversary of their father's assassination.

NOTORIOUS child killer Alex King, who at just 12-years-old helped his older brother beat his own father to death has been busted again.
Cops say he left the scene of a car crash, a crime which could land him behind bars again for a probation violation.
Back in 2001 Kind and his brother Derek shocked the nation when they beat their sleeping father to death with a baseball bat and then set fire to the home in a bid to conceal their crime.
They claimed they'd hatched their bizarre plan, to avoid being told off for running away from home, pleading guilty to third-degree-murder in the process.
Derek admitting to wielding the bat and Alex confessed that he helped. HE certainly wasn't this mans best friend - because this dog helped bust his owner for carrying pot.
Sherman County Sheriff John Terrel didn't need any help from a sniffer dog when he pulled over a pick up truck, because the pit bull had already tossed the stash that the driver was carrying.
When he picked up the sock which he'd seen fly out of the window, it was stuffed with marijuana and hashish.
Much to his amazement the 32-year-old driver then told the officer that he was trying to hide the sock when the dog grabbed it and wouldn't let go.
After a tug-of-war the dog won, flipping the drugs out for the officer to find.
Sheriff Terrel said: "I wish everyone traveled with their own personal drug dog."
The man will now face charges of possession.

THE drifter who decapitated a nurse has been sentenced to death by a Florida jury.
Gary Michael Hilton waited for Cheryl Dunlap to hike into one of Florida's most secluded forests before killing and then decapitating her body.
"If there was ever a case for the death penalty, this was it," State Attorney Willie Meggs said of the rare unanimous decision in a death case.
In Florida, a judge has the discretion in death cases but is supposed to give "great weight" to the jury's recommendation.
Hilton, 64, had already been sentenced to life in prison in Georgia for pleading guilty to killing 24-year-old hiker Meredith Emerson of Athens, Ga., about a month after Dunlap disappeared.

HOLIDAY hotspot Acapulco went loco on the weekend as Mexico's deadly drugs wars hit the city.
Trails of blood flowed into the gutters as corpses were found strewn across the city on the streets, down back alleys and inside cabs.
Holiday makers were left stunned by the attacks which came just hours before the start of The Mexican Open Tennis tournament, which features Australian Open semi-finalist David Ferrer and former Wimbledon finalist David Nalbandian.
It's rare turf wars hit the city and it's thought that drugs gangs chose

Read more »
Posted by Crime Scene USA at 5:12 AM No comments: