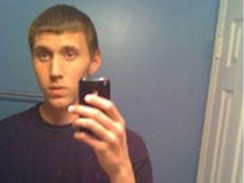 TYLER HADLEY just wanted to party. And P.A.R.T.Y. he did with 40-60 pals. None of them knew that hours earlier Tyler had bashed his mother and father's brains in with a hammer and then hid the bodies in one of the bedrooms of their Port St. Lucie home. The bash--started after Tyler sent out a huge invite via Facebook--went on until early Sunday while Mary Jo and Blake Hadley lie dead. 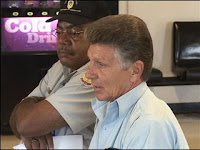 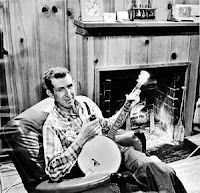 IT WAS A heinous, senseless crime that shocked the nation. On Nov. 10, 1973, Dave "Stringbean" Akeman and his wife Estelle were shot to death at the their outside Nashville in a botched, drug-fuelled robbery. Stringbean was a country music legend, a star of the Grand Ole Opry. Known as a funny, kind man who wore a goofy get-up on stage, he was an unlikely murder victim. 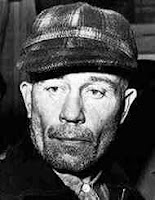 A FILIPINA mom who emerged from her home with blood all over her face and mouth has been arrested for killing her 1-year-old--then eating the child's heart. Cops in the islands have not released the woman's name, referring to her only as "Carol" who has been diagnosed as a schizophrenic, not unlike legendary American cannibal Ed Gein, pictured..
Police Superintendent Baltazar Israel said of the cannibal: "According to her sister, she had a previous medical record. She was previously given medical attention but her medication was halted due to financial problems."
According to to cops, while the child's internal organs were intact it appears that Carol ate the heart. The mom lived with her daughter in a house in Isabela. She had been looking for a knife. Investigators say she later expressed 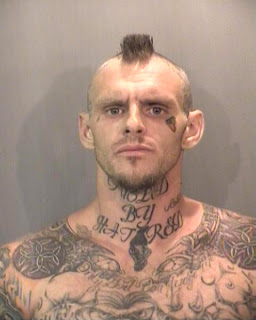 WE PROBABLY shouldn't be quoting Charlie Sheen so much, but really, is their a better description of the man in the mug shot above than 'winning'? We think not. No idea what he did. Don't care. We just love the optics of this clearly, very special person. Thanks to The Smoking Gun

Posted by Crime Scene USA at 7:41 AM No comments:

CASEY Anthony's lawyers have been inundated with interview requests from hundreds of media agencies around the World scramble for the first exclusive interview.
According to experts she could make hundreds of thousands, if not millions from lucrative, TV, book and magazine deals, as people scramble to hear her story, after she was cleared of murdering her toddler Caylee.
Media expert John McDade said: "It's going to be bigger than Jaycee Duggard's recent interview with Diane Sawyer. Those viewing figures were huge, but Casey's will undoubtedly be even bigger.

A CRAZY knife wielding nut job was busted after he was caught running onto the tarmac at Newark airport.
Xiang Xun Shao allegedly leaped over a mechanical barrier and sprinted across the tarmac, blade in hand, getting to within feet of at least two passenger jets.
Cops said the 39-year-old had been seen lingering next to a guardhouse adjacent to the Continental Airlines taxiway ramp at the airport's Terminal C, before he "gained access to the aeronautical area of operations," at around 6:30 p.m.

DAYS after his girlfriend Rebecca Nalepa's nude body was found hanging from a balcony at his huge mansion, multimillionaire Jonah Shacknai's faces more tragedy. Now, his young son Max  has died.
A bizarre few days which cops have called 'very suspicious' started when the six-year-old, known as Maxie, to family and friends, fell down the luxury San Diego property's grand staircase on Friday.
Nalepa, 32, who had been in a relationship with Shacknai for two years, was reportedly supposed to be looking after him at the time.
That very night a party was held at the 27 room, home and the following morning her body was found, hung with orange electrical cord, her hands and feet gagged.

SUPERSTAR Hollywood Publicist was Ronni Chasen was murdered with a gun stolen from a cop, reports say. The beloved Tinseltown PR woman was driving through Beverly Hills in her Mercedes-Benz after the premier of the movie "Burlesque" when ex-con and career criminal Harold Martin Smith tried to rob her. What happened next is unclear, but by the end of the exchange Chasen's body had been pumped with seven bullets.
Now it's emerged those bullets came from a gun stolen from a cop, although officers remained tight lipped as to the officer involved.
Martin Smith then used the gun to commit suicide before cops could question him about the fatal shooting.
Police Chief David Snowden told The Hollywood Reporter: "That man is the man

A LONG lost daughter who described her favorite pastime as "sex, sex and more sex," on Facebook has been busted for sleeping with her biological father - again.
Six-years ago Brit, Nicola Yates, 26 tracked down her real dad Andrew Butler, 46, using the family tracing website Genes Reunited and discovered she had been living just streets away from him in Birmingham.
Not long after a "highly charged, emotional reunion" six years ago, suspicions were raised that there was more to the relationship than met the eye, especially after he ended a relationship with a woman nearer his age.
Horrified relatives were later appalled to discovered the pair had
Read more »
Posted by Crime Scene USA at 5:05 AM No comments: