FEDS suspect murdered North Carolina teen Phylicia Barnes may have been killed by child pornographers. The pretty 16-year-old honor student from Monroe, NC vanished Dec. 28 while visiting family in Baltimore. Her body was found floating in the Susquehanna River four months later.
Now, the Feds are seeking access to multiple email and social media accounts including some bearing the teen's name. So far cops have been tight-lipped. But it is known that the warrants are part of a probe into kiddie porn and the sexual exploitation of children.
Barnes death was ruled a homicide but so far no cause has been released. There have been no arrests.
According to the Charlotte Observer: The applications seek access to three
Read more »
Posted by Crime Scene USA at 9:37 AM No comments: 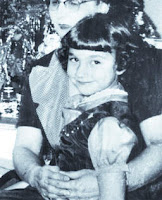 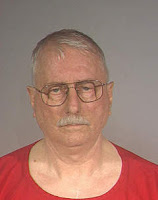 THE FORMER cop busted in the sensational 1957 sex slaying of little Maria Ridulph denies murdering the child. Creepy Jack Daniel 'Creepy Jack' McCullough, 71, told the Associated Press in a jailhouse chat: “I have an iron-clad alibi. I did not commit a murder.” Hmmm. Geez Jack, pretty much everyone else thinks you're a killer who changed his name and vanished from Illinois in the spring of 1958. During the interview, McCullough stuck to the alibi he gave cops half a century ago: he couldn't commit the murder because he was in

FROM OUR FOREIGN FILES: Well, this certainly gives paws. An Irish woman is dead after having an allergic reaction following a sexcapade with an Alsatian dog. According to the Irish Daily Star, the woman--known only as K9LVR--met a man named Sean McDonnell online in a bestiality chat room in 2008. It's his dog and apparently, the sex was consensual. But after engaging in coitus caninus, the woman suffered the reaction and died in Limerick Hospital.
Now, McDonnell is in Limerick District Court, the dog is in custody and the world has apparently gone, barking mad. McDonnell, 57, is the first person to be tried in Ireland under legislation banning sex with animals. He could face a life sentence if guilty.
Posted by Crime Scene USA at 8:54 AM 4 comments:

HUMBERTO Leal Garcia Jr. apologized for his crimes, shouted "Viva Mexico" and then was blasted into eternity with a deadly cocktail that came courtesy of Texas. The Mexican national had been convicted of raping then strangling and bludgeoning to death Adria Sauceda, a 16-year-old San Antonio girl in 1994.
He was executed Thursday night in Huntsville, Texas. His case came to the attention of President Obama because he was allegedly not allowed to contact the Mexican consulate. The Supreme Court denied a stay of execution.
Garcia's last meal was fried chicken, pico de gallo, tacos, two colas and a bowl of fried okra.
Read more »
Posted by Crime Scene USA at 8:41 AM No comments:

THE WHACKED out junkie accused of executing four people in a Long Island pharmacy robbery gone wrong has appointed Amy Fisher's attorney to be his legal representative.
David Laffer has picked Eric Nairburg to defend on the charges that he walked into the store, shot and killed the clerk, stole the drugs and killed three other people before fleeing.
The Long Island is best known for defending, Long Island Lolita, Amy Fisher, who like Laffer created national headlines when she plead guilty to shooting her then-lover Joey Buttafouco's wife, Mary Jo, in the head back in 1992.

CASEY Anthony will be a free woman next Sunday, corrections officials have revealed.
Although Judge Belvin Perry sentenced her to four years for lying to police officer's, she will be free if she wishes, to return to her hard partying ways, because she has already been behind bars for that length of time.
It is unclear what she plans to do with her life after the jury cleared her on first-degree murder and aggravated manslaughter charges in the death of her two-year daughter Caylee, Anthony.
The 25-year-old Anthony must decide whether to return to a

IT didn't take much investigation at the scene of the crime for cops to realize that drugs were involved. Former CSI star Gary Dourdan had rammed several parked cars with his erratic driving last month and when officer's searched him they found a number of Oxycodone pills on him. Officers initially thought the actor who played Warwick Brown on the the popular TV show, was holding onto some ecstasy, but tests later revealed that it was the super strong painkiller, dubbed "Hillbilly Heroin" by some.
A friend of the star said: "We're all very worried about him. In a way he was

A TWISTED junkie blew smack smoke at her neighbor's cat, killing it with the fumes from the powerful drug, cops say. Officer's spotted the motionless animal named Muffin, when they were called to a domestic violence call at 21-year-old Danielle Blankenship's, Boulder, CO home.    Officer Gregory Perry wrote: "The cat appeared to be unresponsive, and the cat did not move when the officer touched it.
"It could not seem to get up."
Blankenship denied hitting Muffin, claiming she would never hurt an animal, but her boyfriend told cops she had been blowing heroin smoke into the cat's face. Animal control officers rushed the cat to the vet, where after briefly rallying, she passed away. 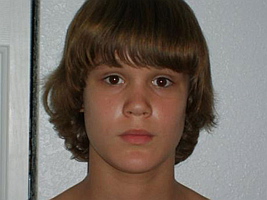 THE DEATH penalty is being sought for one of the group of thugs accused of luring Seath Tyler Jackson to an abandoned house and battering him to death.
Prosecutor's claim Michael Bargo masterminded the twisted plot, which saw the youngster's ex-girlfriend text message him, asking to meet at the scene.
Then, along with pals  Justin Soto, 20; Charlie Kay Ely, 18; Amber E. Wright, 15; Kyle Hooper, 16, Bargo beat him with an axe handle and shot him twice, in what must have been an excruciatingly painful death.
The vicious gang stuffed his body in a sleeping bag and burned it in a fire pit before dumping his remains in paint cans.