HORROR in Arizona. More than 100 cops and volunteers are in a desperate race against the clock in the search for 5-year-old Jahessye Shockley in Glendale, Arizona. An Amber Alert was issued Tuesday after she went missing while her mother ran a quick errand. MORE ON JAHESSYE SHOCKLEY
Posted by Crime Scene USA at 8:39 AM No comments:

HOLY SMOKES. The self-proclaimed Seattle superhero who got himself into a dance dilemma the other day has been unmasked.
As we reported here the crime fighting crusader, known as Phoenix Jones got into a spot of bother the other night when cops say he pepper sprayed a group of people downtown as they left a nightclub.
He claimed he was trying to break up a fight.
But when he turned up to court yesterday, an officer made him remove his charcoal colored masked and revealed his true identity as the distinctly non superhero like, Benjamin John Francis Fodor.

MURDERED Celina Cass' mom is bitterly disputing her estranged husband's recent recounting of the July night the 11-year-old New Hampshire girl vanished. Celina was found murdered in the Connecticut River a week later. Louisia Noyes is claiming Wendell Noyes was boozing with buddies.
She told the Boston Herald he was not in bed: "He was visiting on the porch with two friends. They were drinking on the porch. They were socializing." The couple have split since the slaying. Wendell claims he had nothing to do with the murder but has had mental health issues in 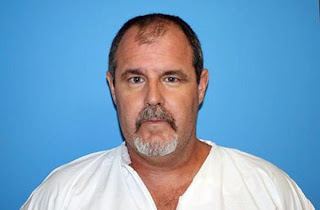 THE NEIGHBORS said he was a good guy who often hosted pool parties and played catch with his 7-year-old son, his wife said he was abusive. Now, after the slaughter that killed six people at a Seal Beach, California hair salon, we'll take Scott Dekraai's wife's word. Sources said Dekraai, 41--who was busted about a mile away from the scene of the massacre--suffered post-traumatic stress disorder from a
Read more »
Posted by Crime Scene USA at 7:29 AM 1 comment:

WILLIAM PETIT: 'I HAVE A JAGGED HOLE IN MY HEART'

THE FATHER whose wife and two daughters were murder in a sickening family slaughter said the case had left a "jagged hole" in his heart after one of the killers was found guilty yesterday.
Joshua Komisarjevsky could join his co-accused Steven Hayes in a date with the death penalty after being found guilty of 17 charges relating to the gruesome 2007 home invasion.
After breaking in the deadly duo, viciously smashed William Petit with a baseball bat before tying him up with his wife Jennifer Hawke-Petit and their two daughters, Hayley, 17, and and Michaela, 11.

MUGSHOT MANIA! IT'S A FACT: GRILLS ARE FUNNY 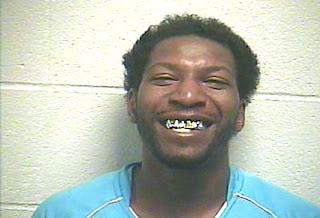 WE'RE not really sure when the trend to wearing grills began or even who invented or started it. What we do know is this: we find the whole idea unbelievably hilarious. Thanks again SMOKING GUN.
Posted by Crime Scene USA at 7:17 AM No comments:

HELL hath no fury like a woman scorned, but Toni Jo Silvey took that to a whole new level against her ex-boyfriend, cops say.
The 49-year-old Houston woman, repeatedly vandalized Peter Main's property, called him over 1000 times, including 146 on a single day, and sent him more than 700 e-mails in a recent three month period according to court documents.
He told investigators she smashed windows on multiple occasions at his home – sometimes with a tire iron, and at least one time with a 5-foot sword, according to KHOU.
On another occasion, the 62-year-old leather technician claimed that Silvey rammed her SUV into his car, causing his car to hit his garage and the siding of his home causing more than $1700 worth of damage.

A VETERAN judge has been charged with trying to exchange sexual favors for positive verdicts.
Lecherous law man Ross Cioppa, 70, allegedly asked one woman to kiss him and massage his genitals after taking her into his official chambers of his Pittsburgh, PA court.
Grand Jury records add that when she refused he said that no one would believe her if she were to tell 'because he's a judge and he's well-known out there'.
But according to the Tribune Review he then pulled out a camera, and told the woman who's landlord was trying to evict her and her three children, that if she allowed him to take pictures of her, she could stay.