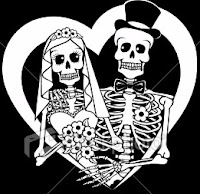 HE was apparently "praying for divine intervention" but now he's going for a mental health evaluation, after cops found he'd been living with his dead fiance for a week.
Alerted by neighbors, who hadn't seen the 57-year-old for some time cops in Wichita, KS went round to the house to ask a few questions.
But when officers arrived the 54-year-old man didn't want to let them in.
But the horrific smell coming from the house made them insist and when they search the house they found the body of the deceased woman in the bedroom KAKE reports.
Read more »
Posted by Crime Scene USA at 8:11 AM No comments:

Email ThisBlogThis!Share to TwitterShare to FacebookShare to Pinterest
Labels: Dead, Fiance, Lived for one week.

A DISGRACEFUL father who beat his toddler daughter to death "because she wouldn't eat" has been jailed for more then 23-years. Andrew Houston III brutally beat his little girl after trying to force her to eat, fracturing her skull and causing internal injuries so bad, that the toddler had no chance.
“Houston indicated that he was frustrated by Briyana’s lack of cooperation, financial issues and caring for the children by himself,”

TALK about a lot of hot air. A couple of 13-year-old boys were thrown off a school bus last week for the horrendous crime of farting??
Officials from Columbus's Canal Winchester Middle School decided their wind was an "obscene gesture" and handed them one day suspensions for their gassy odor after the driver reported them.
One of them Anthony Nichols' father was baffled by the decision.
James Nichol's said: "Obscene gesture? I wouldn't call him an angel, but for passing gas on the bus?"
He explained that children being children, the flatulence apparently caused a ruckus on the bus amid a flurry of laughs, jeers and lowering of windows."
But he is amazed that his seventh-grader son would be kicked off the bus for

PARTY mom Casey Anthony's lawyer has been caught telling his client to: "stop acting like a two-year-old," and now he wants the judge to switch off some of the court microphones.  Attorney Jose Baez's begged the judge in the Pinellas FL courtroom to turn off some of the audio devices, claiming: "It puts the entire process in peril."
But his request was refused by Judge Belvin Perry who told him: "I've done all I can do. This is America."
Baez's outburst was reported online, during the fourth day of jury selection, when more than 60 prospects were asked about pretrial