PARENTS OF THE DAMNED: WHEN CHILDREN KILL 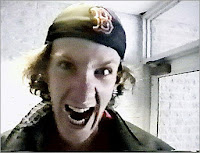 Arizona mass killer Jared Loughner's maniacal actions devastated millions--including his parents.
The young killer opened fire in Tucson last Saturday at a political event killing six and wounding 13.
Ever since, Randy and Amy Loughner, have been bedridden and sobbing. There is little sympathy.
But a small group of people know the horrible place the Loughner's are at: call them, the parents of the damned.


"In the weeks and months that followed the killings, I was nearly insane with sorrow for the suffering my son had caused, and with grief
for the child I had lost," wrote Susan Klebold, the mother of

She was feisty, fun and had a strong New York accent.
And for almost 42 years her identity and the man who murdered her has been a mystery. But now, a very cold case is about to get white hot again.
The NYPD are lending a hand to California investigators to try and identify a woman known only as "Rosie" who was savagely beaten to death. What cops know is this:


The victim -- said to have been a mother with a "strong New York accent" -- waited tables at The Circus Room, a dive in Long Beach, Calif., located along "Blood Alley," a seedy strip of gin mills catering to bikers, beach bums and seamen from a Navy base nearby. One day, she didn't show up. Her boss simply thought she had quit.

GI CLAIMS HE WAS CRAZY IN EVIL COLO. SEX SLAYING

She was a "good girl" and he was a soldier who seemed destined to be together. Then it all went wrong.
Now, Robert Markio, 23, a veteran of combat in Iraq is on trial for raping and murdering Judlianna "Judi" Lawrence, 19, of Fort Collins, Colorado in 2008. He claims he's insane.
Cops say the burly Markio met "Judi" through MySpace and the pair were soon having sex. 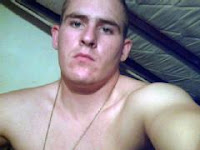 An informant fingered the soldier, who boasted on his MySpace page: "I'm becomeing (sic) a cold hearted killer and can kill without mercy or reason."
Markio's yellow Jeep was spotted near the area where Judi's body was found. When questioned by detectives he led them to the body he'd stashed in a wooded area near Colorado Springs' Broadmoor area.
The sinister GI then told cops he'd had sex with Judi but then they argued--and he slit the young beauty's throat.
Her mother Aekyung Lawrence, discovered the

'BAMA WIFE KILLER GETS THE NEEDLE IN '88 SLAY

With one hand Leroy White held a shotgun. In the other, he held his 17-month-old baby daughter.
Then he pulled the trigger, KILLING his estranged wife, Ruby White, a well-loved Grade 1 teacher in Huntsville, Alabama on Oct. 17, 1988.
Last night, Alabama executed the 52-year-old killer despite pleas from the baby girl, La Tonya White, who is now a 23-year-old woman. He had no last words.


"I am deeply opposed to my father's execution. He is the only thing that I have left that's part of me. Taking away my only biological parent will hurt me more than I can say," La Tonya White said in the statement.

The U.S. Supreme Court had earlier denied a stay of execution.
According to court records, White shot and wounded Ruby and her sister,