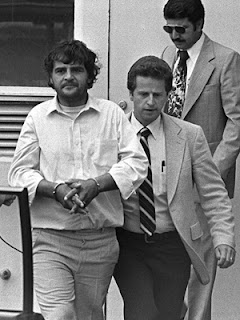 ONE OF the world's most notorious serial killers is dead. Canadian monster Clifford Olson died Friday in a hospital in Quebec after a long battle with cancer. The 71-year-old killer preyed on the young during his reign of terror in the late 1970s and early '80s in the Pacific coast province of British Columbia. And even after he was captured and incarcerated for life, he continued to torment his victim's families with his sinister manipulations of court process.
Read more »
Posted by Crime Scene USA at 5:24 PM No comments: 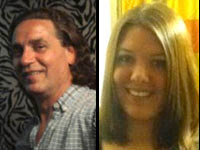 IT'S TEEN terror season in America. This time it's North Carolina where a 15-year-old boy is accused of viciously ambushing his father and stepmother--because he was grounded. The plan was then to skip off to Mexico, he even had a bag packed with his toiletries, clothes and underwear. But first he gathered his guns.
According to court documents, the baby-faced teen claims he was a battered child who experienced physical abuse from the time he was a baby and his dad Christian Hans Liewald, 43, controlled his every move.
Early Monday, the teen called 911, saying he had 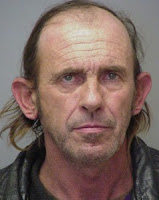 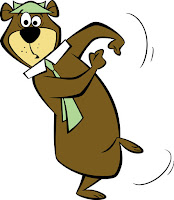 AN ABUSIVE New York man had a novel way to kill his girlfriend: make it look like a bear mauled her to death. Clyde 'Clever Clyde' Gardner has been sentenced to prison for trying to hire a hitman to kill the woman in a staged car crash. Clever Clyde's original idea was brilliant: Kill a bear, skin it and wear the pelt while using its claws to kill the woman as she took out her garbage. The plan included him wearing the bear's paws on his feet so no human footprints would be left behind. So, the 57-year-old junkyard owner, who lives in
Read more »
Posted by Crime Scene USA at 9:02 AM No comments:

LIKE BEING the keyboard player in a fading Sixties musical act, being Number 2 in Al Qaeda appears to have a very short shelf life. Just ask Osama bin Laden's protege. The departed terror master adored young Anwar al-Awlaki, a U.S. born Islamic militant cleric who became Keith to the terror master's Mick. A computer whiz who spoke fluent English, he was destined for big things in the Terror Boy's Club. No more. He got whacked in the mountains of Yemen early Friday. Few details were available other than a confirmation he was dead. It's believed Al-Awaki's convoy was hit by a double drone and jet attack from U.S. forces. Ayman al-Zawahri, bin Laden’s no fun successor, carries on playing the terror oldies circuit.

MUGSHOT MANIA! COME ON, GIVE ME A KISS COPPER 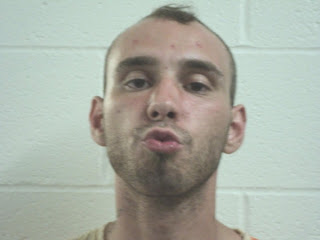 GIMME a kiss copper, is what this nefarious character seems to be saying. We're not totally sure, though, maybe he has a thing for fish. No matter how you slice it though, he does indeed sport a brutal head.
Posted by Crime Scene USA at 8:19 AM No comments:

DETROIT Piston Ben Wallace could be slammed into jail for up to five years after he was busted  for concealing a pistol and driving drunk.
Cops say the 37-year-old center, who hold a record four NBA Defensive Player Of The Year title's was busted after they noticed his his Cadillac Escalade driving erratically in suburban Detroit.
“A roadside investigation revealed that Wallace was operating his motor vehicle while intoxicated,” police said in a press release.
Officers say Wallace was given a blood-alcohol test and he was above Michigan's legal limit of .08 percent and when they searched his truck they found an unloaded pistol in a backpack on the passenger seat, police said.
Wallace, who helped the Pistons win the 2004 NBA title, was arraigned and released on a $5,000 personal bond. His next court hearing is Monday.

JENNIFER RIESEL: 'HE HIRED ME TO KILL HIM'

A WOMAN accused of tying a grandfather up and killing him by mowing him down with his car, is claiming he promised her $180,000 if she helped him die.
Jennifer Riesel, 28,  has been charged with the brutal murder of Francis Nelson who's mangled body was near his car on a rural road, near his Utica, NY home.
But she told investigators that the 74-year-old had asked her to kill him, even specifying that he wanted it to look like a violent robbery, promising she would receive the money once he was dead.

Email ThisBlogThis!Share to TwitterShare to FacebookShare to Pinterest
Labels: $180000, arrangement, Asked Me To Do It, Francis Nelson, Jennifer Riesel, murder, planned, Run Over 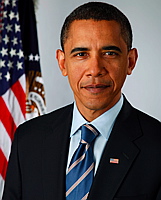 PRESIDENT Barack Obama's uncle went to court for the first time in connection with his drunk driving charge.
As we reported here, back in August Onyango Obama stunned officers busting him for drunk driving by asking to call the White House after they hauled him in.
They say he made a rolling stop nearly causing a cruiser to strike his SUV and when they asked him if he wanted to make a phone call he told them: "I think I will call the White House."

AN IDIOT pair of faith healing parents who thought that prayer and and anointing their premature baby son with oils would heal him have been found guilty of manslaughter.
David Hickman would have survived if he had received proper medical treatment after he was born weighing just 3lb 7oz in September 2009, according to neonatologist Dr. Joseph Kaempf.
But instead of seeking medical help his parents Dale and Shannon Hickman, members of the Followers of Christ Church in Oregon City, which is known for its refusal to seek medical care, failed to alert medics when his health deteriorated hours after he was born.