DETECTIVES 'KNOW WHO KILLER IS' IN '81 OHIO COP SLAY

IT HAS been a mystery for more than 30 years in Marietta, Ohio. Lt. Ray "Joe" Clark was viciously gunned down in his home Feb. 7, 1981 while he watched an Ohio State basketball game. Now, cops in the Buckeye State are stopping just short of naming the man they believe is the murderer.
Detectives say the man is now 60 and still lives in the area.


"We have enough right now for an indictment," said Washington County sheriff's cold case Detective Jeff Seevers. "He knows who he is. We know who he is. We've talked to him. We don't want to stop with an indictment, we want a conviction. All it's going to take is that 'one thing,' that little something someone saw, or heard, or we find to put this over the edge." 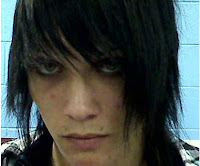 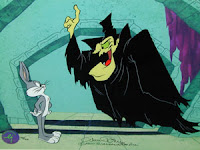 I'M A VAMPIRE. No, really. Evan Brown, 20, of Gadsden, Alabama believes it. Now, the self-proclaimed vampire is accused of tying up a 17-year-old friend and using white hot utensils to burn the letter 'V' on his forehead. Bloody-minded Brown, who goes by name "Vamp".


"He had burns, cigarette burns, on his face and a large V on his head, that was burned into his head," said Detective Mike Hooks. 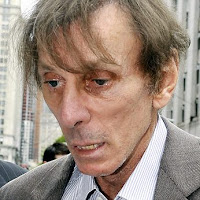 THE OSCAR-winning composer who wrote the syrupy "You Light Up My Life" spent tens of thousands of dollars on hookers but was a pain in the ass, according to a former madam. Old perv Joseph Brooks--whose son Nicholas, 24, is charged with murdering an ex gal pal at posh Soho House in New York--hired "hundreds" of tiny tarts from 2005 to 2008. According to the New York Post, he would pay between $1,000 and $1,600 an hour for their company.
Head hooker Kristin Davis told the Post that weirdo Brooks--hardly Harrison Ford handsome--would have the hookers read a script about his good looks.


She said: "Spitzer and Joe Brooks were very much alike, and 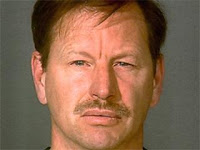 EVEN FROM prison, Gary Ridgway--the notorious Green River Killer--who murdered scores of women in the Seattle-Tacoma area 20 years ago continues to haunt. Now, he has been charged with a 49th murder--the victim, a young mom murdered nearly 30 years ago.
The new aggravated murder charge relates to the slaying of Becky Marrero. The 20-year-old's remains were found by teens last December. Ridgway confessed to the murders in 2003 to spare his life.


"The Marreros have the right to face the man who killed Becky and the opportunity to remind us all about what was taken from them," Prosecuting Attorney


THIS IS THE Trailer that Amanda 'Foxy Knoxy' Knox's lawyers don't want you to see. A new Lifetime television movie slated for Feb. 21, Amanda Knox: Murder on Trial in Italy has triggered a firestorm in 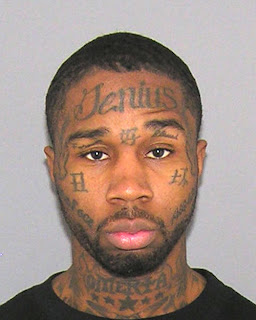 JUST BECAUSE. Knocking the hell out of the ball in life's big brainy ballpark has always been Jerome Smith's way. Valedictorian. President Debating Club. Mensa member. How do we know? Well, he's tattooed 'Genius' across his forehead. But keep it quiet, see, he's tattooed the Mafia word for silence on his throat: 'Omerta.
OK, we're kidding, he's not really doing his PhD. at MIT as some may suspect. Nor is he designing rocket thrusters at NASA.
He's one of the self-esteem kids except he's been convicted of attempted murder, burglary and drug possession. He was released in 2009 and then was back in jail three months later for heroin trafficking.
Now, he's back in trouble with the law for beating up gal pal Tiera Bryant who's 8 months along. He used a gun. She's asked the judge to drop the charges.

Posted by Crime Scene USA at 8:13 AM No comments:

FACEBOOK founder Mark Zuckerberg is being stalked by a man on his own social networking site.
The nerdy billionaire has taken out a restraining order against 31-year-old Pradeep Manukonda, after getting weird messages from him.
TMZ  reports that he sent a number of messages including one which said, "please help me, then I am ready to die for you ... Please understand my pain."
Cops also say that Pradeep had gone to several Facebook offices in Palo Alto attempting to contact Mark to ask for money for his financially-strapped family.

A COCKFIGHTING fan has died after being stabbed in the leg by one of the birds - which had a knife attached to it's own limb.
Jose Luis Ochoa was attending the barbaric event, in which specifically bred roosters are put in the ring and encouraged to fight until one is seriously injured or killed, when the Cops arrived to break it up.
As people started to run one of the angry birds jumped up at the 35-year-old catching him with the blade.
Two hours later he was declared dead from an accidental "sharp force injury" to his right calf.
Sgt Martin King told KGTE: "When deputies arrived, people started fleeing. One of the roosters jumped at the decedent, inflicting some type of injury and

A MUSLIM TV executive, who beheaded his wife "in a final act of domination and control," has been found guilty of murder.
Furious that his wife Aasiya had filed for divorce, Muzzammil Hassan, known as Mo to friends, killed her in a frenzied knife attack, then cut of her head.
Assistant District Attorney Paul Bonnano said: "He killed Aasiya and desecrated her body because six days earlier, she had dared file for divorce, dared to seek a better life for herself and her children.
"The defendant could not and would not tolerate that,"
In the past they had founded a Muslim-oriented television station to counteract negative images of Islam after 9/11.

A PERVERTED principal who texted lewd photo's to a teenage girl has been busted in Atlanta.
Andre Williams sent the messages of a naked man to the 17-year old after falling out with her mother - who he was in a relationship with.
Gwinnett Police Corporal Jake Smith said: "Mr. Williams was not pleased with some ongoing manner of their relationship and apparently sent several text messages to the victim and her 17-year old daughter."
The woman told police a man named "Teddy"-- who police say was Williams -- sent her threatening messages , and later sent the lewd photo to her daughter.
Williams was principal of Crim High School on Memorial Drive in Atlanta, but the system says he no longer works there.