EVERYONE remembers charming Gabe Watson. He's the Alabama bonehead who 11 days after marrying his wife Tina killed her while diving off Australia's Great Barrier Reef. Our 33-year-old hero was convicted of manslaughter Down Under and served 18 months in an Aussie jail.
Fast forward: Watson's mouthpiece is now asking an Alabama judge to dismiss U.S. murder charges because they're the result of "vindictive prosecution." Ha! Ha! Darned right. His lawyer Brett Bloomston says Bama DAs don't have any jurisdiction to pursue charges because he already went down in Oz. The thing is, cops say Alabama was where Watson conceived his twisted plot. He has pleaded not guilty to capitol murder. His trial is slated for May.
BACKGROUNDER ON TINA WATSON MURDER
Posted by Crime Scene USA at 9:03 AM No comments:

EX-CHICAGO BEAR Shaun Gayle could testify today in the high-profile Marni Yang murder trial. Yang, 43, is on trial for the slaying of Gayle's pregnant gal pal Rhoni Reuter in 2007.
Opening arguments got underway Friday and Gayle is expected to take the stand today. The Prosectuion has painted a picture of Yang as a woman obsessed who would stop at nothing to win Gayle from Reuter, who was seven months pregnant with his child. Two of the bullets were aimed at the womb. But the defence insists Mad Marni is innocent and that the real killer is at large.
Last week, one of Reuters' neighbors said she heard screams and popping gunshots because a silencer was used. The defence claims Yang had a long-standing boyfriend and was not jealous of Reuter.

HE clearly didn't like his ex being sofa away from him, so he took out his frustrations on her mother instead - by folding her up in a couch.
After knocking on her door and asking to use the bathroom, Mark Foreman, 53, attacked his 66-year-old victim.
Pushing her into the couch, he then folded the mattress into the sofa with her inside, Palmetto, FL cops say.

TODDLER BEATEN TO DEATH FOR WETTING HIMSELF

A DISGRACEFUL mother and her boyfriend beat her three-year-old son to death for wetting his pants then had pizza and watched a movie.
Noah Fake was tossed around, punched and beaten by his mom Robin Greinke, 26, and Steven Neil, 33, after he wet himself.
Orange County Detectives said the pair were drinking and possibly taking pills before the hour long attack which left him severely injured.
But although he was seriously injured Neil convinced Greinke to wait until the next day to call for help. 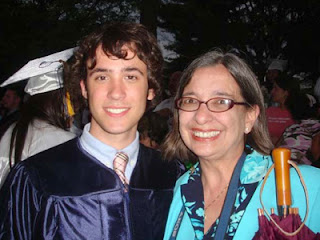 A PHILADELPHIA area man is in jail today for butchering his father, mother and twin brother with a samurai sword. Joseph McAndrew Jr., 23, was busted by cops Saturday in suburban Montgomery County and charged with slaughtering: Joseph C. McAndrew, 70; Susan C. McAndrew, 64; and James D. 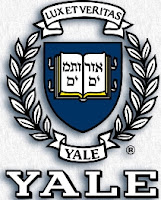 Others, including underage students were hospitalized after being forced to drink copious amounts of booze The Yale Daily News reports.

THE SLUGGER who popped MTV Jersey Shore curiosity Snooki in the mouth is joining the U.S. Army, according to the New York Post. Brad Ferro--who famously punched the talentless orange dwarf in a New Jersey bar--lost his job as a gym teacher following the August 2009 incident. The fallout has ruined his job prospects.
His father Dan told The Post: "My son made them famous. They made a lot of money off of him, and I think they owe him."
Pop culture curiosity Nicole "Snooki" Polizzi was flipping on Ferro in a Jersey Shore bar and accusing him of stealing drinks when he smashed her in the face.

Ferro Sr. blamed it all on booze. He pleaded guilty to one charge of simple assault, paid a $500 fine and served six months' probation.

MISSING teen Micaela Costanzo's body has been found in a shallow grave and cops have launched a murder hunt to catch her killer.
The pretty 16-year-old, known as "Mickey" to pals vanished walking home from West Wendover High School last Thursday.
But after a huge searched, including many community members, a volunteer found her body in a shallow grave in the Nevada Desert about five miles west of the town.
Police Chief Ron Supp said finding the body in such a remote landscape was fortunate adding: "Many of our staff has referred to it as divine intervention."
But while there are no concrete clues pointing to a suspect he said: "I