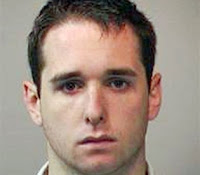 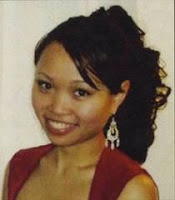 A YALE lab tech has pleaded guilty to the shocking sex slaying of a promising grad student. Raymond Clark III, 26, will have to spend 44 years in prison in the 2009 murder of Annie Le. Le had been strangled to death and suffered a broken jaw and collarbone. Clark's DNA was "all over" the crime scene including the tragic young woman's underwear. Her body was discovered inside the wall of a lab building four days after an intense FBI-led manhunt.


"This is not the Ray we know," Clark's father, also named Raymond, said outside court. "I

Read more »
Posted by Crime Scene USA at 9:46 AM No comments:

TEXAS detectives have arrested the mother of a missing 13-year-old cheerleader who vanished three months ago. Billie Jean Dunn, 33, was picked up by deputies on an obstructing justice beef in the disappearance of her daughter Hailey.
Dunn was booked on misdemeanor charges of hindering apprehension and prosecution, possession of dangerous drugs and obstructing justice.
Dunn reported her daughter missing on Dec. 28. The woman's former live-in boyfriend, Shawn Adkins, was previously named a person of interest in Hailey's disappearance,
Read more »
Posted by Crime Scene USA at 9:29 AM No comments: 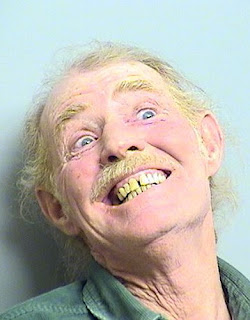 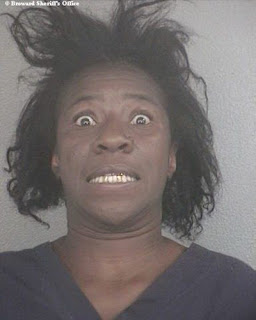 WHO isn't cheered by funny mugshots? A real miserable hardass we'd guess. So as a special post St. Paddy's Day treat we're offering up a staggering array of brilliant mugshots from the New York Daily News. We know that looking at funny pictures may be the most some of our devoted readers can muster on the day following the biggest booze-a-ramma of the year. Enjoy! BEST MUGSHOTS FROM THE DAILY NEWS 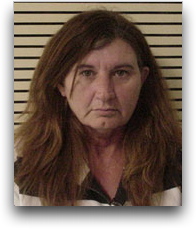 COPS in Oklahoma have busted a woman, her daughter and daughter's beau in connection with the slaying of her husband--all because of Facebook. According to cops, Patricia Burney reported that her hubby Arthur Burney, 53, had his brains blown out in the couple's barn outside OKC in February. Whoaa.... said the Oklahoma State Bureau of Investigation. Detectives there uncovered a sinister plot to kill Burney through Facebook. Patricia and her daughter, Michelle, were apparently unhappy with Arthur so they came up with a plan to kill him. Michelle solicited her boyfriend Michael Richardson to kill him on behalf of her and her mother.
Court records show top speller Michelle Burney posted on Facebook, "I'd love to tell my dad to just grow up but he never will. We are sick of 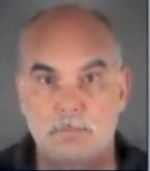 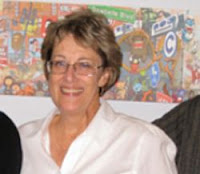 THE HOT Tub Killer is being put on ice. Bill Wiggins, 61, of Springfield, Oregon pleaded guilty to first-degree manslaughter after strangling and drowning his wife Andrea, 62, in their hot tub last year.
Wiggins admitted he killed the asst. dead of education  at the University of Oregon but blamed it on drugs he was taking and said he was “under the influence of extreme emotional disturbance.”

The prosecution called the 10 years in jail plea deal somewhere between an insanity defense and murder
Read more »
Posted by Crime Scene USA at 8:41 AM No comments:

PARTY girl Casey Anthony's trial jurors will cost the court system almost $400,000 administrators estimated yesterday.
The sexually adventurous young mum faces capital murder charges in the death of her two-year-old daughter Caylee, who's body was found after almost five months of intensive searches after she was reported missing in July 2008.
She faces the needle if convicted.
But the potentially explosive trial will require 20 jurors to judge Anthony, who turns 25 on Saturday, costing a staggering  $361,000, according to court administrators.
Expenses include everything from housing, transportation and three daily meals, to wages associated with the sheriff's office, court clerks and courthouse facilities for the duration of the trial.
Prior to a jury being seated, the Orange County Clerk of Courts Office will be required to pay nearly $4,000 in jury selection costs.
Court spokeswoman Karen Levey told The Orlando Sentinel: "It's an

DOG the Bounty Hunter is said to be barking mad after his daughter was busted by cops.
Drunken Lyssa Chapman, 23, was arrested after she allegedly began banging on neighbors doors at around 3:30 in the morning.
Then she kicked and broke a window and slapped an officer's cell phone out of his hand while he was using it, in Honolulu's residential Hawaii Kai neighborhood.  She has been charged with criminal property damage and

A MAN who "married" twin sisters has now been accused of keeping them as sex slaves and forcing them into all sorts of degrading acts.
Charles Laub fathered eight children with sisters who allege that they were not allowed to refuse sex with him and if they did they were beaten.
Yet at the same time, the pair who have not been named, both claim to have "married" Laub, although there are no records of any nuptials ever having taken place.
They also lived with him in his Humansville, MO home.
Now Laub 42, is facing a string of charges including forcible rape and sexual assault after the twins went to the cops.
Prosecution documents say that there was bruising on the thigh of one of the women that was consistent with her claim that her legs

THE Barefoot bandit, who's daring escapes made him a cult hero has made five people rich as they shared a reward for his capture in the Bahamas last summer.
Colton Harris-Moore, who has no formal flight training, stole at least five planes and dozens of car and boats as he evaded capture for a string of burglaries over the last two or three years.
Eventually, he flew a light plane from his home in Vancouver Island to the Caribbean, landing in the Bahamas, where a $10,000 FBI reward and a huge law enforcement team caught up with him.
Jordan Sackett celebrated along with Capt. Ronald Billiot, Capt. Patrick Young, Capt. Ben Johnson and Kenny Strachan, a security guard at the Romora Bay Resort. "Bottoms up," said Sackett in an e-mail.