I'M A VAMPIRE is always an icebreaker. Now, a Florida woman jailed in the sinister slaying of Jacob Hendershot, 16, to his death says she and her cabal are part of a vampire death cult. Oh, and she likes drinking blood. Hendershot was beaten to death in Parker, Florida last July by a wild pack of four men. Pistey said she didn't drink the murdered teen's blood, FYI. But when she has an itch...
Pistey told a local TV station: "Since I was like 12 every fiber in my body, basically everything, I know this is going to be crazy, but I believe that I'm a vampire and part werewolf."

MICHAEL Jackson looked "strong, engaged and energetic" his concert promoter told the court after the second day of America's biggest trial began today.
Paul Gongaware, said in his role as executive for AEG Live, which was promoting his doomed 50-date This Is It concerts planned for London's O2 Arena, worked in closely with the King of Pop.
He said he watched the pop superstar perform in his final two rehearsals and he had seemed engaged and energetic, before his death, which prosecutor's claim happened because Dr Conrad Murray pumped him full of the super strong anesthetic, propofol.
Murray, who has pleaded not guilty to involuntary manslaughter in connection with Jackson's death. He faces up to four years in prison and loss of his medical license if convicted.

Posted by Crime Scene USA at 1:11 PM No comments: 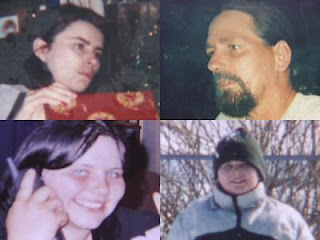 INDIANA COPS have identified the five victims found shot to death at two rural homes--and say the unknown killer was not among the corpses. The slayings Sunday near Laurel have triggered waves of fear and police are urging residents to be cautious. The victims are: Angela Napier, 47, Jacob Napier, 18, Roy Napier, 50, Melissa Napier, 23, and Henry Smith, 43. So far, cops say there are no suspects in the senseless slaughter, although the Napier family was widely believed to have been involved in the drug trade. Anyone with information to call police at 812-689-5000 or 911 immediately.
Police also urge residents in Laurel to be vigilant in 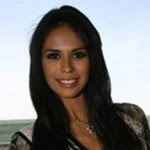 AYE CARUMBA! Is Mexico fast becoming one of the most violent, screwed up places in the world. Yes! Yes! Yes! We had only just recovered from getting our heads around the idea of 35! bodies being dumped in the middle of the street when this landed on our desks: five severed heads dumped in front a primary school in Acapulco. That's  right, the fabled Pacific coast resort, not some dried out hump of a town.
It's unclear whether the gruesome discovery is related to extortion threats that led about 140 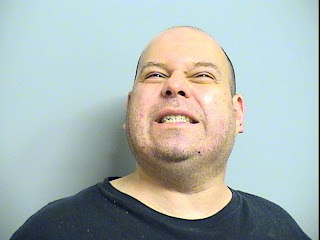 HE ALWAYS wanted to be actor but it wasn't until he landed in the old crowbar hotel that had the opportunity to realize his aspirations. In fact, he even won the lead in hamlet.
Posted by Crime Scene USA at 9:26 AM No comments:

HE'S dapper and dangerous and the FBI are eager to catch the man dubbed the "well dressed bandit" who has held up 10 banks in the last year.
Wearing blazers or well cut suits, he arrives in luxury vehicles he's walked into the San Diego banks, looking like a million bucks and although officers always remain tight lipped on how much they have taken, it's thought he might have taken somewhere near that amount.
FBI Special Agent Darrell Foxworth said: “We do consider him to be armed and dangerous because in a couple of roberries, he’s displayed a weapon an din other robberies, he’s simulated a weapon and made threatening statements to the teller.
“We want him off the streets sooner than later.”

A MURDERING hijacker, who killed a decorated World War Two veteran and escaped from jail, only to go on to hijack a plane, has been caught more than four decades on in Portugal. Former Black Liberation Army member George Wright, now 68, shot and killed William Paterson during a botched robbery in 1962. But after escaping from jail, in 1972, along with a motley band of hijackers, he got away to Algeria with over $1million ransom and evaded capture for 41-years.
Read More here.
Posted by Crime Scene USA at 7:14 AM No comments:

.
THIS SHOCKING tape of Michael Jackson high on the powerful anaesthetic which eventually killed him was played by to the court yesterday.

On the audio clip recorded on his personal physician Dr Conrad Murray's iPhone just six weeks before the King of Pop's death in 2009, he can be heard talking about his doomed talked about his doomed 50-date This Is It concerts planned for London's O2 Arena.

A GUN toting, have a go granny took one look at the thief hiding in her bushes, pulled out her pistol and forced him to give himself up.
According to cops, along with his brother Jonathan Franklin, 26, had robbed a woman in Lake Worth, TX, when the cops spotted them and gave chase.
Bailing out of their car, the split up and ran.