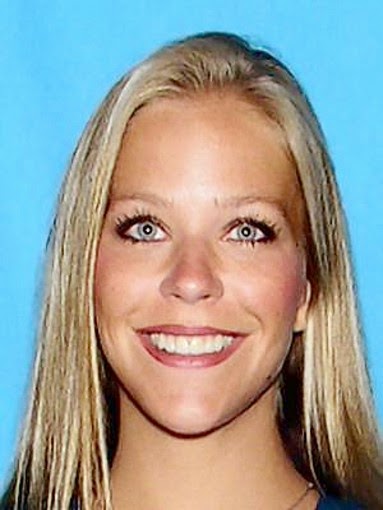 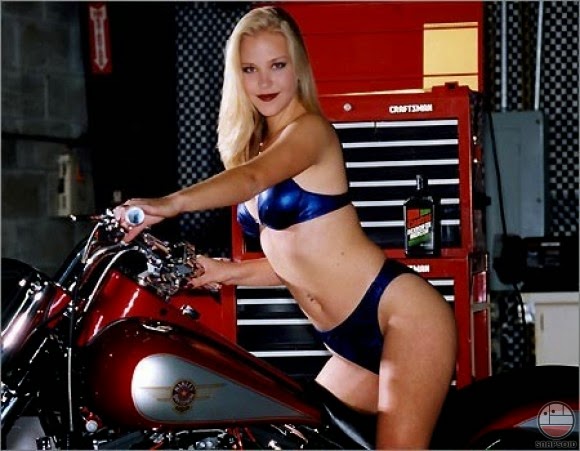 TAMPA, FLORIDA -- Party teacher par excellence Debra Lafave will soon have her probation ended for the notorious sexual romps she had with a 14-year-old student. The Florida Supreme Court ruled in the teacher temptress' favor in her bid to cut the sentence short.
The former middle school English teacher was arrested in June 2004 after a 14-year-old boy's mother called cops to say Lafave was having sex with her son.

GDANSK, POLAND -- A twisted trio of Polish pimps tattooed their names on their hookers to claim them as property. The barbaric Baranowski brothers considered the bizarre markings as a "reward" for good work and loyalty. The sick tattoos were discovered afters cops raided a whorehouse and found 70 women inside -- many with their owners names inked onto their arms, legs and torsos. The hookers told cops they willingly worked for Leszek, 26, Pawel, 34, and Olek Baranowski, 31.
"Many of the women they were using were forced into the business, but at the moment we don't have any evidence that those that were tattooed were forced to undergo the procedure under duress,” prosecution spokesman Mariusz Marciniak said.

EXETER, ENGLAND -- An unhappy marriage apparently drove a British man in the loving arms of bestiality porn. Richard 'Old Dog' Blackmore claims he was in no way sexually aroused by the lurid images of people having sex with animals but said they helped with his anxiety and depression. The 46-year-old Brit was found with video and images on two separate occassions. The sick images involved horses, cattle and dogs.
The prosecution said: "He was interviewed and said he was married and his marriage went through highs and lows. He said he looked at normal pornography and when things were very bad he looked at images of bestiality.

MUGSHOT MANIA! This crook is hot off the grill 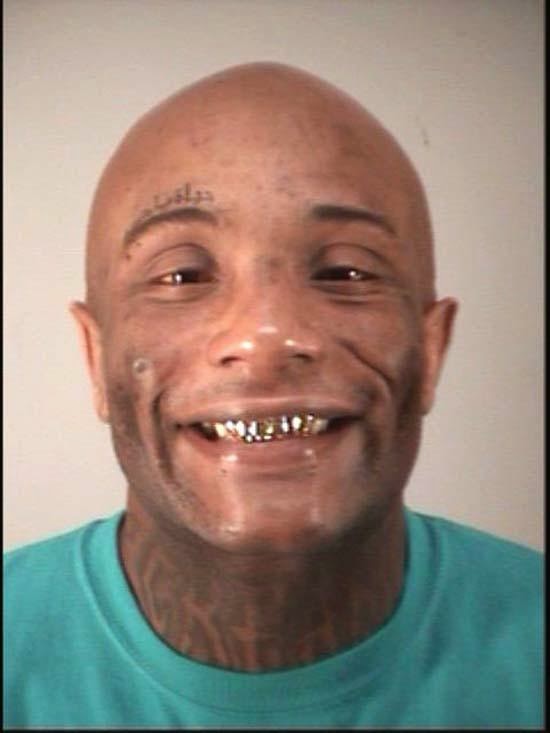 One fashion trend we've never quite understood is the gangsta affection for grills. As B.B. King sang, "the grill is gone."
Posted by Crime Scene USA at 8:33 AM No comments: 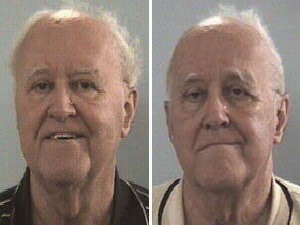 LEXINGTON, KENTUCKY -- Meet the brothers Grim. Hard to believe these twisted old farts are serial child molesters but it's apparently true. Jack and Jerry Cassidy, 77, have been indicted for a litany of sex-related offenses against young boys dating back more than 40 years. Here's the dirt on these sickos:
* Jerry Allen Cassidy was indicted on one count of possession of a matter portraying a sex performance by a minor, two counts of second-degree sodomy, four counts of indecent and immoral practices with a child younger than 15, one count of third-degree sodomy and one count of first-degree sexual abuse.
* Jack Elliot Cassidy, was indicted on all the same charges but with one less count of indecent and immoral practices with another, according to the indictment returned Monday.
All their alleged victims were under 16.
The twisted old pups also pleaded guilty to sex charges in 1977 when they were leading a Lexington Boy Scout troop.  MORE IN THE HERALD LEADER 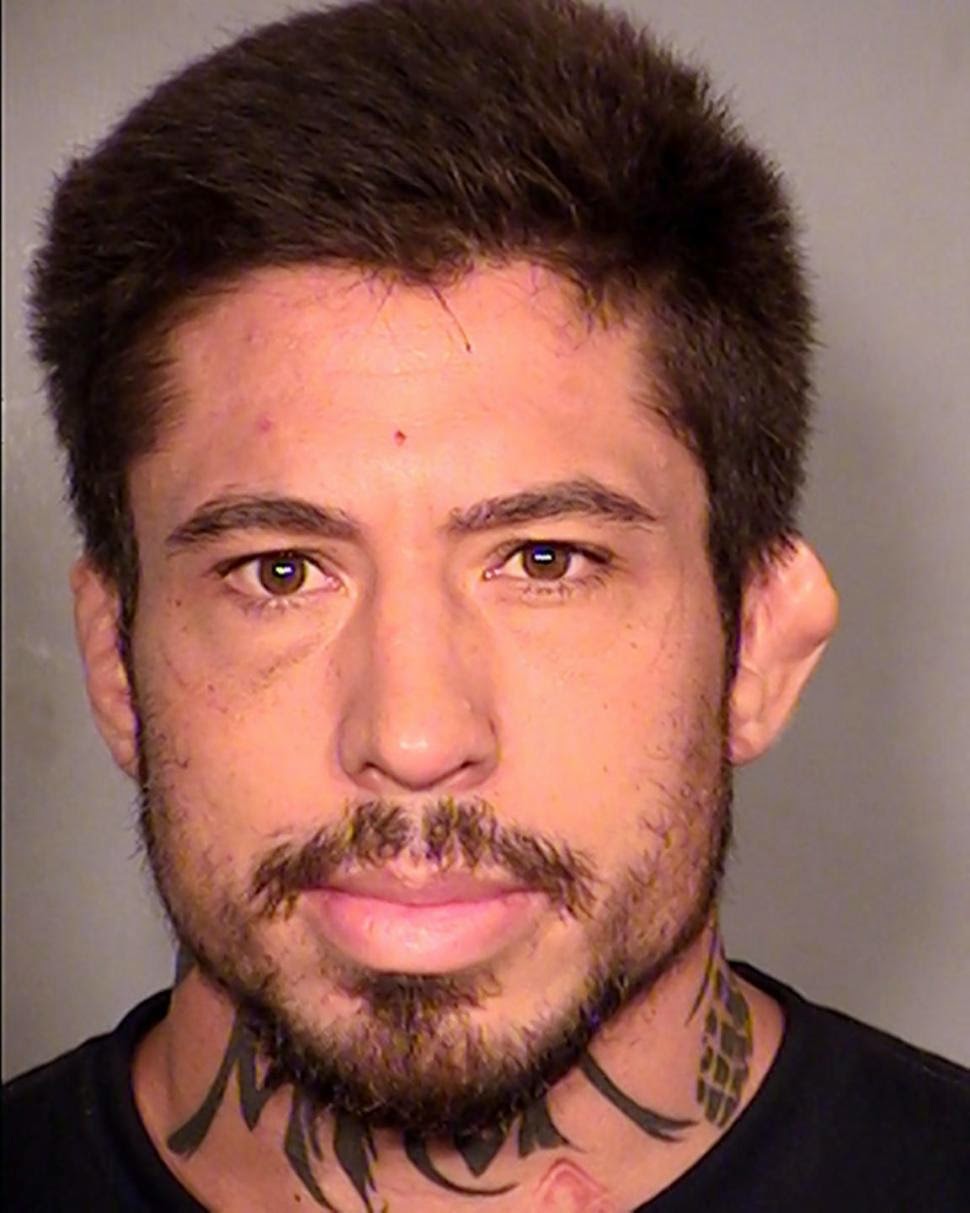 LAS VEGAS, NEVADA -- MMA meathead War Machine -- who's accused of trying to kill his porn star Girlfriend Christy Mack has tried to hang himself in a Las Vegas jail. TMZ reported that the 32-year-old musclehead -- currently awaiting trial-- apparently tied a sheet to his bunk bed and was unresponsive when guards found him. He is expected to recover. The MMA star -- real name Jonathan Koppenhaver -- left a suicide note and is under watch.
The mental Machine has been in jail since August after he pounded Mack -- star of Phat Ass White Girls 7, Ass Parade 38 and scores of others -- breaking several bones in her face, knocking her teeth out, cutting her with a knife and rupturing her liver. MORE IN THE NY DAILY NEWS