CASEY ANTHONY TO GAL PAL: 'I'M SUCH A GOOD LIAR' 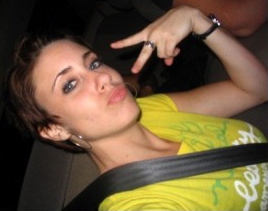 PARTY MOM Casey Anthony brazenly told a gal pal: "Oh my God, I'm such a good liar." It was the latest shocking revelation at the hard-partying hosebag's Florida capital murder trial. Anthony, 25, is accused of murdering her toddler Caylee so she could live the life of riley. The prosecution spent the day painting a picture of a callous woman who didn't seem fussed her little girl was gone.
It was the third day of testimony in the explosive trial that has garnered worldwide attention.
Ricardo Morales dated Casey Anthony between
February and April of 2008. He claimed Casey and Caylee spent the night at his apartment in June 2008, just days 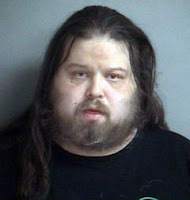 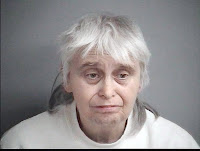 A CHICAGO-area mother and son gruesome twosome restrained his elderly father after becoming infuriated with him while changing his diaper. Cops say Anthony Kelley, 40, who claimed to be a trained Russian monk and his monster mom Dianne, 63, were busted Monday for restraining the father on a bed with duct tape, blasting him with pepper spray and beating him. They are each being held on $50,000 bail. The 74-year-old navy veteran has dementia and is

GUN NUT Jared Lee Loughner who is accused of the shooting rampage which killed six people and wounded   U.S. Congresswoman Gabrielle Giffords, among others, has been ruled mentally incompetent to stand trial by a federal judge. U.S. District Judge Larry Burns made the decision after reading reports - which have not been made public -  by psychologist Christina Pietz and psychiatrist Matthew Carrollwho examined him during a five week stay at a federal facility.
It means his trial will be delayed indefinitely. The two were asked to determine whether Loughner understands the consequences of the case against him which has seen him plead not guilty to 49 federal charges.

THE nutty professor who went on a crazy rampage, killing three fellow academics and wounding three more is to face the death penalty if Alabama prosecutors get their way. Crazy Amy Bishop, a Harvard educated neurobiologist, went nuts during a routine meeting of the biology department in the state university's, Huntsville campus.
Pulling out a 0.9mm she started with those closest to her, blasting the chairman of the department Gopi Podila and two other professor's Maria Ragland Davis and Adriel D Johnson Sr.
As the other's fled, she blasted three more people severely wounding them. Bishop’s lawyer, Roy W. Miller told The Boston Globe: "That of course does not come as any great surprise."

DID EDWARDS USE CAMPAIGN CASH TO HUSH AFFAIR?

LOVE cheat and former presidential candidate John Edwards is to be charged with using some of his campaign cash to hide his affair with mistress and mother of his child Rielle Hunter, Justice Department officials have revealed. Back in 2008 when the former senator was a front runner for the Democratic presidential nomination, Federal investigators suspect he used contributions from two wealthy donors to support her and his daughter Francis Quinn, now three. The North Carolina Democrat, who flatly denied the affair when the National Enquirer first reported it in October 2007,

IF it's not one, it's another. Hot on the heels of the news we brought you yesterday about big, dumb Gary Shirley of "Teen Mom" fame being busted for DUI, today it's  Jenelle Evans from "Teen Mom 2" who's going to court - again.
This time it's for her involvement in a brawl that was caught on videotape.
As her friends cheered her on, she was seen scrapping it out with her one time friend Brittany Truett, after another Brittany, this time Maggard shoved her into her pal. A full on fight broke and ended with the two girls rolling around on the ground, grabbing each other's hair near her home in Oak Island, NC.
All three were arrested and charged with misdemeanor affray and disorderly conduct for fighting in a public place. She will now face trial on July 22 reports E! Online.

A MINI mobster who murdered a man by blasting him in the head with three bullets has been sentenced to 30-years in the big house after pleading guilty to his crime. Diminutive and deadly dwarf Henry Chavez, 29, confessed to shooting Hamigton Luis Orozco after the pair rowed on the stoop of his Washington MD home last May.
But the tiny terror described at the time as "a little man with a big gun" by The Capital Area Regional Fugitive Task Force managed to evade justice for four months after going on the run.
Chaves, who is just 3-foot-11 was eventually picked in El Salvador.

It's not his first encounter with the law. He was charged with drug possession and distribution in 2008, and was sentenced to 9 months in jail, reports The Examiner.