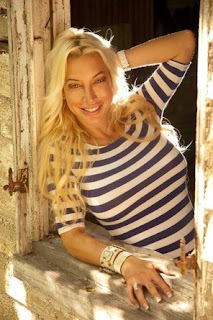 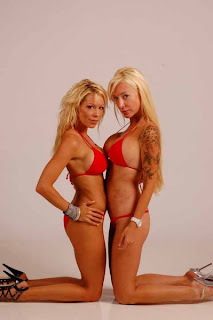 DID aging Lothario Gary Giordano have an accomplice in the bizarre disappearance of Robyn Gardner? In an exclusive story this week, the National Enquirer is reporting that cops in Aruba are hunting for a "heavily tattooed" man they suspect may have helped Giordano murder the pretty blonde dental assistant from Maryland. Sources tell the tab, that the mystery man was seen with Robyn and Giordano at the Rum Reef Bar & Grill "just before Giordano claims the pair went swimming" and "Robyn, caught by a current, never returned." 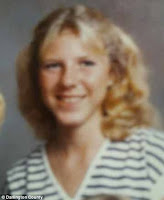 A WOMAN-HATING trucker is suspected of murdering prostitutes around the south. John Boyer, looks as the AP says, like a kindly grandfather. He is anything but. Now, Boyer is accused of murdering three hookers and suspected in a fourth killing. He has already pleaded guilty to murdering one woman North Carolina and now faces charges he killed in Tennessee and South Carolina.
Investigators probing the slew of murdered women that litter America's interstates are asking local authorities to look into any cases 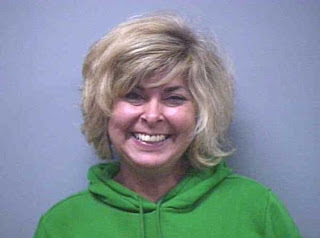 MRS. JONES is sooooooo nice. Always jolly, offering cookies and coffee. A twinkle seems omnipresent. Apparently, nice Officer McNabb also noticed the twinkle in her eye--and maybe the white wine on her breath. But we're just guessing.
Posted by Crime Scene USA at 7:40 AM No comments:

A CRAZED gunman blasted his wife and then burst through the front door of a church and shot two pastors before parishioners were able to tackle him.
Cops were at a loss to explain why Jeremiah Fogle, 57, who ran a Christian ministry at his home with his wife Theresa, 56, would suddenly flip out and kill her.
Her sister Maria Beauford said they had run their own transportation business together and that he had been sick over the past year and needed back surgery.
But she said that her sister had nursed him back to health and they had always been smiling at family gatherings.
She added:"We have no idea what his motive was. We just have no idea."

A PAIR of teenage lesbians dubbed the 'Thelma & Louise Bandits' after going on a multi-state robbery spree have been busted.
Harley Rose Gifford and Britney Singleton, both 19, have been stealing iPods, jewelry and money since July.
Detectives have dubbed the lovers ‘the Thelma and Louise bandits’ after the 1991 crime film starring Susan Sarandon and Geena Davis.
Upper Darby Police Superintendent Michael Chitwood told the Philadelphia Enquirer they looted the homes, left them ransacked and either walked or took public transport home.

CASEY ANTHONY'S DAD WILL 'NEVER SPEAK TO HER'

CASEY  Anthony's father has claimed he will likely never speak with his daughter again, because he was so hurt by the accusations that he sexually abused her when she was a little girl.
George Anthony claimed she made up the accusation to help prove her innocence, adding that he believed that she had stolen the idea from a fellow inmate.