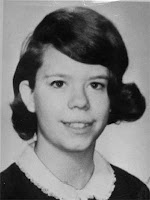 ONE JUROR said it was 10-2 to convict Robert Bowman, 75, in the 1967 sex slaying of Eileen Adams. But in the end the two holdouts would not be moved. We will take a guess: CSI effect. It's believed the prosecution is anxious to retry Bowman. MORE AT OUR SISTER SITE COLD CASE USA
Posted by Crime Scene USA at 1:42 PM No comments: 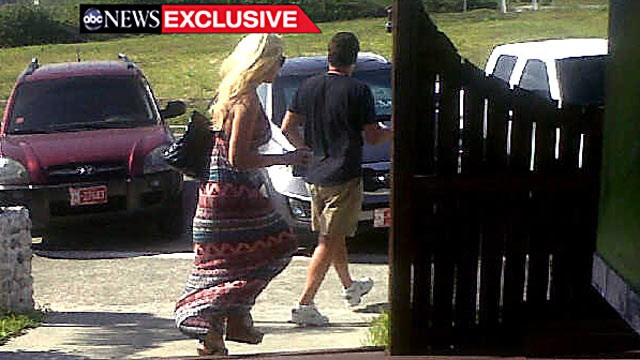 ROBYN GARDNER was hammered when she was last seen alive, a source told ABC News. The pretty blonde 35-year-old was last seen alive at a restaurant in Aruba, heavily intoxicated and with Gary Girodano--her clandestine beau and the prime suspect in her disappearance and probable murder. Two hours after this photo was taken, Giordano was back at the restaurant, saying they had gone snorkeling 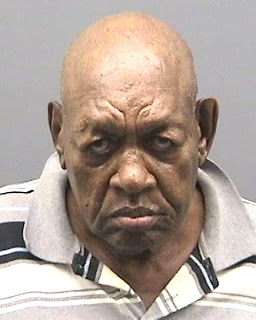 IT HAS been revealed that pint-sized TV star Gary Coleman didn't die after all. No, he's no living in Muskogee, Oklahoma where he runs a variety store but got in trouble for selling smokes to under-agers. Nah, it's really just Old Fogey Week at Mugshot Madness.

Posted by Crime Scene USA at 8:52 AM No comments: 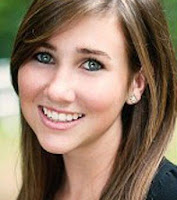 A JILTED Massachusetts football jock's depraved killing of his ex-girlfriend was filled with more sickening details in court yesterday. After he hacked her throat and strangled Lauren Astley, 18, then dumped her bod, Nathaniel Fujita, also 18, was spotted driving shirtless, windows down, music blaring.
Among the tidbits yesterday in a suburban Boston court were:
* A medical examiner’s report that she was battered, had no fewer than three deep neck wounds and was choked so forcefully that her eyes, neck, face and gums hemorrhaged. Fujita was a weightlifter (lots of time for that now!) and she was 100 lbs. soaking wet.
* Fujita then dumped her tiny body into a marsh. A cyclist found Astley’s 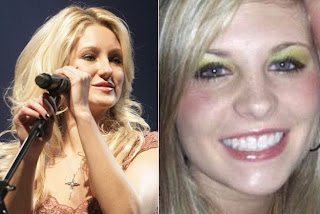 BIG-HEARTED country star Whitney Duncan's music career may be in overdrive but the main thing on her mind is the safe return of her cousin Holly Bobo. Duncan is set to star in Survivor: South Pacific.
Holly Bobo, a 20-year-old Tennessee nursing student was snatched from her parent's home in April and has not been seen since despite an intensive hunt. But in a new promo for the show, Duncan wears pink bracelets that read: "Hope for Holly" and "Bring Holly Home."
According to tasteofcountry.com, songbird Whitney

THIS is the moment a drunken douchebag stole a forklift and went on a bizarre low speed chase along the fort worth side streets.
WARNING BAD LANGUAGE:

A DOC who lopped off a man's penis, allegedly without consent began his trial yesterday.
Phillip Seaton, 64, claimed he was "horrified" when he woke up to find some of manhood missing after what was supposed to be an operation that was meant to be a simple circumcision to relieve inflammation.
But Urologist Dr John Patterson told the Shelbyville, KY jury that he saved Seaton's life when he amputated part of the man's penis after discovering a rare and deadly cancer
He said: "What I saw was not a penis. What I saw was cancer."

THE GIRLFRIEND  of a multimillionaire medical tycoon who was found hanging in his mansion with her hands and feet bound, committed suicide, sources close to the investigation have revealed.
Rebecca Zahau's mysterious death shocked the wealthy Coronado, CA, especially as it came just a day after boyfriend Jonah Shacknai's six-year-old son, Max,  fell down the grand staircase in his 27 bedroom mansion.
It was believed Zahau, also known as Rebecca Nalepa, was supposed to be looking after the boy, who died a few days later from severe brain injuries and the guilt may have got to her.

GIRLS Gone Wild founder Joe Francis has turned himself in to cops in connection with his false imprisonment warrant.
The sleazy founder of the uber successful video chain which encourages young girls to expose themselves on camera allegedly offered to drive three women he met in a nightclub.
But rather than take them for a spin they say the franchise founder took them to his mansion although they told him they did not want to go there according to TMZ.
Then he allegedly pushed one of the women to the ground during an altercation at his home.
A friend of the girls said: "He started off all nice but when he quickly turned. They were really frightened by the end of it and they couldn't wait to get out of there. It wasn't like he took no for an answer."