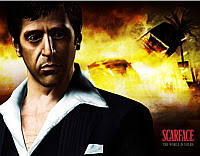 HE shot his cousin in the back, because he thought he was hogging the video game.
Alejandro Garcia, 22 admitted to killing 17-year-old George Flores because he wouldn't let him play Scarface: The World is Yours.
Corpus Christi,  TX Investigators said they were drinking and smoking marijuana at the time.
Garcia then went on the run and evaded cops for three years, even though his family tipped them off several times, but they finally caught up with him last June. 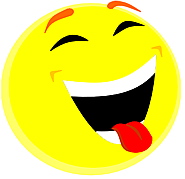 HOLDUP,  hilarious.
A bank teller in Southeast Texas thwarted an attempted robbery when she read the holdup note and burst into laughter.
Wearing sunglasses and a hard hat, the would be thief casually walked in talking on his cellphone and plonked the note demanding cash.
But instead of handing over the loot, she broke into laughter, so he took it back and ran out.
Cops say no weapon was shown, no money was stolen and nobody was hurt, so basically the robbery was a joke, just not quite the one he'd intended.

Posted by Crime Scene USA at 10:00 PM No comments:

HER great-great grandfather Henry must be turning in his grave - because the heiress to his mighty Ford empire, Elena, has just been busted for drunk driving.
The red faced 44-year-old smashed her SUV up a curb in Ferndale, MI which led to her arrest, Cops say.
Ford is the company's director of global marketing, sales and service at Ford Motor Co, a position created for her, is the most prominent member of the family at the automaker after Executive Chairman Bill Ford Jr.

ORIOLES ACE COULD BE CHARGED WITH MURDER 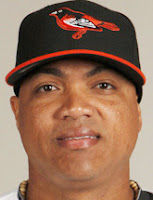 BALTIMORE Orioles star hurler Alfredo Simon may be charged with murder this week, law enforcement officials in the Dominican Republic say. Simon is suspected of shooting to death Michael Castillo, 25, and wounding his cousin in Puerto Plata on New Year's Day. Simon has already reached an out of court settlement with the victim's family in return for them dropping wrongful death. But... authorities say there is enough to go to trial for murder.
Simon, 29, was sprung  March 3 on involuntary homicide charges and paying about $50,000 in bail. His defence is that it's a Dominican cultural tradition to fire your gun into the air on New Year's Eve.
The Orioles have placed the rightie on their restricted list. However, the team's website says: "Simon is unlikely to pitch in 2011 due to off-the-field issues." Indeed.
MORE ON ALFREDO SIMON

Posted by Crime Scene USA at 9:22 AM No comments:

OHIO BOOZER WAS BARKING UP THE WRONG TREE 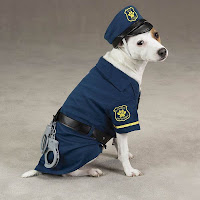 TALK about ruff justice! Just ask Ryan James Stephens, 25, of Mason, Ohio. He says a police dog started barking at him in the Cincinnati suburb. So, he does what any sensible person would do: he barks back. And now he's been charged with a misdemeanor.
According to cops, Officer Bradley Walker heard the dog barking uncontrollably while investigating a car crash early Sunday morning. He said Stephens was making barking noises and hissing at the K9 dog inside the police car. But whoa. Walker says cops are barking up the wrong tree. He said: "the dog started it" when asked why he was harassing the K-9. Oh, and cops said Stephens appeared highly intoxicated. You think?
Read more »
Posted by Crime Scene USA at 9:13 AM No comments:

THIEF'S NOTE TO VICTIM: 'THANKS FOR UR MONEY'

THANKS for ur money. That was the final kick in the pants for a Rhode Island who received flowers and a thank you note from a thief who ripped her off for thousands of dollars.
Posted by Crime Scene USA at 9:03 AM No comments:

HOTEL HEIR SLAUGHTER: DID SHE KILL HUBBY AND MOM?

A WOMAN who has already been charged with her millionaire husband's grisly death is now accused of organizing the grisly slaughter of her mother-in-law two months earlier.
Narcy Novack, 53, allegedly ordered two attackers to cut her husband Ben's eyes with a knife after they'd bound him with duct tape and beaten him with dumbbells.
Prosecutor's claim she let the men into their New York hotel suite, so she could get her hands on his fortune, believed to be worth around $10

A HIGH school hitman, who was part of team that executed three college bound friends has been found guilty of murder.
Alexander Alfaro watched as Terrance Aeriel, 18; Dashon Harvey, 20; and Lofemi Hightower, 20, were forced to kneel down and then shot from point blank range, in the yard of the Mount Vernon School in Newark, NJ.
The 20-year-old, who was 16 at the time admitted playing a part in

THE man alleged to be the brutal serial killer dubbed the "grim sleeper" maybe responsible for at least eight more murders Cops said yesterday.
Lonnie Franklin Jr was indicted last month for 10 killings in south Los Angeles, but now detectives are focusing on more women, all of whom had connections with Franklin at some point.
Six were missing persons, one is an unsolved murder and the eighth has not been identified.
LA Police Chief Charlie Beck have asked for public help with these specific cases, although it's feared that there could potentially be hundreds more victims.
Franklin Jr is accused of murdering 10 girls and women, aged between