CAREER FORECAST: cloudy. If the National Weather Service was to make any predictions on the future of Arkansas weatherman Brett Cummins, cloudy would be a definite with thunderstorms likely. The flamboyant former Little Rock KARK-TV broadcaster is at the middle of a storm. Seems that on a pill party (amphetamines and meth) our hero passed out in an empty hot tub and next to him was the naked Dexter Williams, 24, who was quite dead.

DETECTIVES have confirmed the worst kept secret in New Hampshire: 11-year-old Celina Cass was murdered. For the past two months cops have called her disappearance and death suspicious after she vanished from her room in the middle of the night and then was found floating in the Connecticut River a week later. Now, cops say they know what killed the popular girl but aren't making those facts public because it could hurt the investigation. A reward has been offered for information leading to an arrest. No suspects have been named. Her cause of death was determined through information from the investigation and toxicology tests. Mom Luisia Cass told The Associated Press she had no comment after leaving the Coos County attorney's office in Lancaster. She was accompanied Thursday by a friend and her 13-year-old daughter, who was 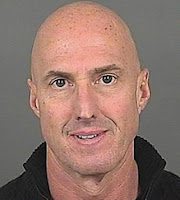 A DOUCHEBAG ex-husband who broke into his ex-wife's home and planted raw chicken into her heating ducts, as well as a string other vandalism could face 20-years behind bars for his crimes.             Former State lobbyist, Ronald Smith, 58, also poured an unknown substance into a baby grand piano and erased the hard drive on a computer after getting into the Denver house, he'd once shared with his ex Michelle. She told police that someone left a laminated note on the front door in December 2009, telling mail carriers to return deliveries because the woman living there had passed away according to 7News.    She began to suspect her ex-husband two months later, after she said she had a strange conversation with him in which he asked her if she wanted some chicken that was about
Read more »
Posted by Crime Scene USA at 8:17 AM No comments:

GARY GIORDANO is not happy that cops in Aruba are reconstructing the disappearance of his missing gal pal Robyn Gardner. And probably with very good reason: it's no secret he's the main suspect in the sudden disappearance in early August of the Maryland party girl.
Posted by Crime Scene USA at 8:10 AM No comments: 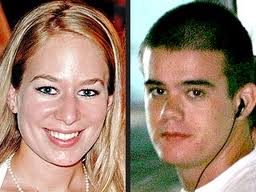 IT'S VERY SAD. Beth Holloway says she will fight any petition to declare her daughter Natalee Holloway dead. The pretty blonde 17-year-old vanished in Aruba on May 30, 2005 on a class trip. It's widely suspected that Dutch treat Joran van der Sloot murdered her but wiggled through because of his father, a powerful judge. He was arrested in Peru in May 2010 for the murder of Stephany Flores Ramirez.  Meanwhile, Beth Holloway will go to court today to challenge her ex-husband Dave Holloway's petition for presumption of death, filed in probate court in Birmingham, Ala., last June.
Dave Holloway claims that because Natalee has not been seen or heard from, and there is no reason to believe she is alive any longer and it's time to declare her legally

JAYCEE Dugard is suing the U.S government for failing tabs on the monstrous pedophile who kidnapped and raped her, while holding her prisoner in his filthy home for 18-years.
She claims the failures by the federal parole officers who were supposed to be monitoring creepy Phillip Garrido are as "outrageous and inexcusable as they are numerous."
The complaint filed in U.S. District Court in San Francisco alleges that had they properly done their jobs, Dugard and her daughters would not have had to endure years of captivity in a ramshackle compound tucked inside Garrido's backyard.

EVEN the combined powers of Serpico and Michael Corleone couldn't get her out of this one.
So Al Pacino's daughter, Julie, has taken a non-criminal plea after she was busted on a DWI charge, after she was busted in New York over the summer.
Back in July, when the 21-year-old aspiring actor and director was busted: "She had bloodshot, watery eyes, slurred speech and the strong smell of alcohol on her breath," according to officer James Duffy.
He wrote in his police report: "She admitted to drinking three beers and smoking marijuana prior to entering the checkpoint."
Tests revealed that her blood-alcohol levels was well over the legal limit.

THE mystery deaths at a millionaire medical mogul's mansion took another strange twist yesterday, when it emerged that Jonah Shacknai's son may have suffocated.
Until now it was believed that six-year-old Max Shacknai had died from injuries he sustained when  fell the grand staircase in his father's luxurious 27-bedroom Coronado, CA, home known locally as Speckles mansion.
His death was ruled accidental by the San Diego medical examiner, but newly obtained warrants from the Coronado Police Department show the boys physician, Dr Brad Peterson was quoted saying suffocation may have occurred prior to his fall. 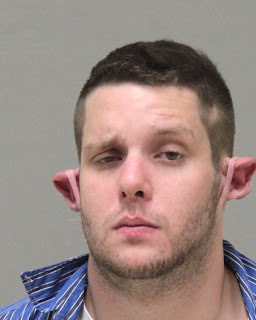 THERE does seem to be some channeling of Tolkien with this fine fellow. Sure the elastics around his ears are obvious but all in all, we say give this guy a ring.
Posted by Crime Scene USA at 5:00 AM 1 comment: