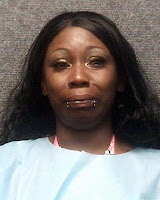 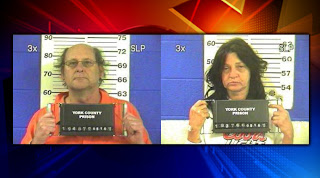 Posted by Crime Scene USA at 7:43 AM No comments: 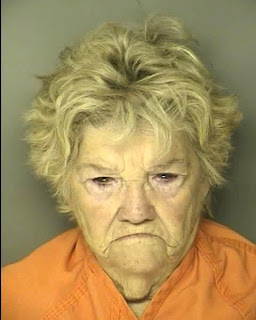 So, I said to Capone: "What are you doin' with that broad? I'll show you a real good time Al. You'll think you've died and are back in O'Bannion's garage with a gat in your hand."

Posted by Crime Scene USA at 7:18 AM No comments:

LESBE taking this to court, announced Kaitlyn Hunt, after rejecting a plea deal from Florida prosecutors  who have charged her with having a same sex relationship with a 15-year-old.
The 18-year-old, maintains the relationship with the younger student at her school was consensual and therefore she should not face any charges.
Her attorney Julia Graves said: "This is a situation of two teens, who happen to be of the same sex involved in a relationship. If this case involved a boy and girl there would be no media attention."
The sapphic saga began two-years ago when Hunt was expelled from her high school in Sebastian, FL  and was arrested and charged with two counts of lewd and lascivious battery of a child
Read more »
Posted by Crime Scene USA at 7:02 AM No comments:

THE chances of "fiendish" kidnapper Ariel Castro facing the death penalty are "Vanishingly small," legal experts have revealed.
There have been repeated calls for the former bus driver who allegedly subjected Amanda Berry, Gina De Jesus and Michelle Knight to almost a decade of terror to pay with his life, if convicted of his terrible crimes.
Cops say that after snatching the women, who were in their late teens or early twenties, he chained them in the basement of his run down Cleveland home, using them as his personal sex slaves.