SUSPECTED CHILD killer Casey Anthony's lawyers have unveiled their strategy to spare the pretty brunette a journey to oblivion via the needle. In three days of hearings in Orlando, Florida a picture is emerging how the defence will fight the capitol murder charge the 24-year-old faces in the death of her daughter Caylee, 2.
Out of hundreds of pages of witness statements filed Thursday, here's what's emerged:
* They'll question the reliability of dogs used in the search for decomposing remains in the early days of the hunt for the missing toddler.
* The length of time Caylee's remains were in the woods before they were discovered.
* And finally, they'll try and shatter the prosecution's contention the child's dead body was in the trunk of  party girl Anthony's Pontiac.

MOTIVATIONAL speaker Jeffrey Locker was murdered not assisted with suicide even though he sought help to end his own life, a jury has decided.
Keith Minor stabbed him seven times in what cops initially thought was a robbery gone wrong.
But as they delved deeper into the case they found that the troubled self help guru had been planning his own death for some time.
Having run up huge debts investing in a Ponzi scheme by former Backstreet Boy's manager Lou Pearlman, he took out huge life insurance policies and then looked into ways  of killing himself.
He knew that his death would provide an $18 million payout for his family, but that would not happen if he killed himself, the 52-year-old started to look for other ways of bumping himself off.
So he hit on the plan of getting someone else to do it.

DAYCARE kids died in a fire while the woman who was supposed to be looking after them went shopping, Cops say.
Four children were killed in the blaze which investigators believe was started by a stove top burner that had been left and another three injured.
Jessica Tata, 22, told investigators the fire started in the kitchen while she was in the bathroom but she was later spotted on surveillance video at a Target store having abandoned the kids in her care.
She has now been charged with four counts of manslaughter as well as seven counts of reckless injury to a child and three counts of abandoning a child.  Authorities believe Tata, 22, a U.S. citizen, fled to Nigeria before she could be charged in the case.
Investigators say Tata was shopping and had left the seven children she was taking care of alone on Feb. 24 when the fire began.

HAS MEXICO'S BRAVEST WOMAN RUN AWAY?

MEXICO'S bravest woman has reportedly fled from the small town of Praxedis which she'd vowed to clean up after becoming Police Chief to seek asylum in America.
Marisol Valles Garcia, a 21-year-old mother and student took on the role after the last lawman was kidnapped and decapitated, his head dumped outside the police station a few days later.
"I took the risk because I want my son to live in a different community to the one we have today. I want people to be able to go out without fear, as it was before," she said as she was sworn in last October.
But Agence France Presse  is reporting that relatives are saying she "received death threats from a criminal group that wanted to force her to work for them."
And she has now gone "to the United States along with two relatives and will seek asylum."

MAD Marni Yang's murder trial finally got underway yesterday after more than 18 months since her arrest.
Pregnant Rhoni Reuter was killed in a coldly calculated plot by a jealous love rival, desperate for the affection of Shaun Gayle, the former Chicago Bears player from the 1985 Super Bowl team.
"Evidence will show the defendant became obsessed with Shaun Gayle," said Patricia Fix, assistant state's attorney, told the rapt jury.
"She devised a plan to eliminate her perceived competition." 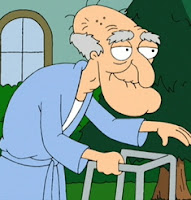 A DISGUSTING old pedophile has volunteered to castrate himself so he can be released as part of a plea deal.
Francis Tullier, 78, opted to go under the knife to get on with his life, cutting his prison sentence in half after serving 12-years behind bars.
He was expected to be imprisoned until at least 2024.
But now as part of his plea deal he's had his testicles surgically removed in a ten minute operation at his own expense.