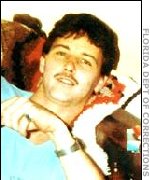 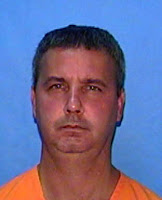 THEY CALLED him The Gay Bar Killer. And for a time Gary Ray Bowles, a violent bisexual, preyed on gay men in Florida's posh resort communities. The motive was always the same: he seduced them, sponged off them, robbed them and then murdered them.
By the time his reign of terror was over, Bowles had murdered six men. Today his residence is Florida's death row.  CRIME LIBRARY HAS THE STORY 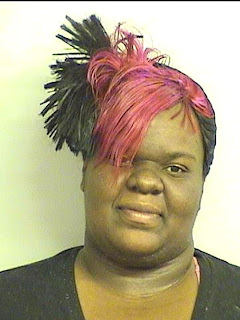 SHE loves Mardi Gras. Can't you tell? In fact, she loves it so much she wears her hair like a headpiece year round.
Posted by Crime Scene USA at 9:30 AM 1 comment: 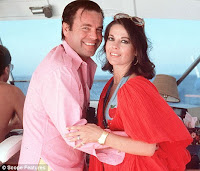 LA Detectives say actor Robert Wagner IS NOT a suspect in the reopened investigation into the mysterious drowning death of his wife Natalie Wood. But they also add they have substantial new information to warrant reopening the inquiry into her 1981 drowning death.
Lt. John Corina said: "We have several sources coming forward with additional information and we have found it credible enough to take another look at the case. This new information is substantial enough to make us want to take a new look at the case."
Wagner, Wood and Christopher Walken were cruising on a yacht off Catalina Island when Wood went overboard. The captain, Dennis Davern, blamed Wagner. HART TO HART STAR NOT A SUSPECT
Posted by Crime Scene USA at 9:28 AM No comments:

A BOGUS TRANNY doctor suspected of nearly killing a woman by injecting her buttocks with cement, super glue and tire sealant for a "more shapely rear" has been busted in Miami. Transgendered Oneal Ron Morris' pictures indicate she's had the deal her self. Bizarre pix after the jump.  DIRTY TRANNY DOC
Read more »
Posted by Crime Scene USA at 9:18 AM 1 comment:

REMEMBER this face.
This is Patrick Caleb Land, who beat not one, not two, but three of his girlfriend's dogs to death using what a judge called "callous violence."
The 25-year-old douchebag caused massive internal injuries on the dogs and prosecutors said there was also evidence that they had been suffocated.
His poor girlfriend Natasha Strain told the San Diego court that she "still cries when I think about what happened to my pets."
Deputy District Attorney Garrett Randall said Land called Strain on Sept. 20, 2010, telling her that he had come home to find Josh, her 8-year-old Golden Retriever mix, dead.

SHE'S NUTS - and now she's facing jail for them.
Because Annick Richardson could now be put behind bars for up to 60 days for feeding squirrels on her neighbors property.
She claims her only crime is caring too much, but she admitted her love of fattening up her furry friends was "excessive" telling WDTN that she was, "trying to refrain myself."
But to neighbors she's a menace and her nut loving friends are little more than pests who ruin gardens, clogging air conditioners with peanuts and even chewing through car wiring.

Read more »
Posted by Crime Scene USA at 7:51 AM No comments:

SMILE....
As they barged their way into Jeanne Thomas's empty home, these thieves thought they were onto a winner.
What they hadn't bargained on was the fact that she was watching them on an internet feed from her home webcam and on the phone to the cops.

Thomas, 43, had switched on the internet feed  in the hope of her to see her dogs playing, she expected little more than a bit of distraction from work.

Read more »
Posted by Crime Scene USA at 7:12 AM No comments: