SHE vanished in 1993, leaving her three-year-old son in day-care, her job and her home and sparking a huge manhunt from cops.
Investigators knew Judith Bello was having problems with her husband and viewed her disappearance as suspicious because she was close with her family and it seemed unlikely that she would leave her little boy.
With little to go one however, the case quickly went cold, until this week when a woman claiming to be Judith called sheriffs this week.
The woman told Snohomish County sheriff's detective Kelly Willoth that she had seen her profile on the sheriff's web site.
Since receiving the call, detectives worked to confirm the caller's identity and through several conversations with her family, along with other evidence, investigators now believe she is alive.

THE FAT assed tranny accused of running a black market butt enhancement business which used cement and Fix-a-Flat for injections has denied the charges against him and said his victims are lying.
Oneal Ron Harris 30, allegedly caused life threatening injuries after promising a bigger booty, as we reported here.

Lab results determined that the substances injected into the victim included "household and automotive products to include superglue, mineral oil and 'Fix-a-Flat,"
But the man who lives as a woman told NBC Miami: "They didn't catch me doing anything so it's just allegations," Morris said. "I'm innocent, I really am innocent or whatever."
"It sounds bizarre but I just don't think, how can America feel like a person could even put cement in somebody's bottom."

A TWISTED mom who killed her kids so she could improve her relationship with her boyfriend has been jailed for life for the "horrendous crime."
Sharon Hinojosa wanted to cement her relationship so she started the blaze at her Huron Township, MI, trailer which killed her children Anthony, four and Alayna, three.
The man, who she pulled from the flames and his child escaped the inferno.
Sentencing her to life behind bars,, Wayne County Circuit Judge Daniel Hathaway said her acts "constituted a complete betrayal of what being a mother stands for."
But the 31-year-old claimed she loved her kids and apologized for her actions.

A CREEP thief snuck into a church and stole a couples wedding clothes and jewelry on the night before their big day.
Caty and Jack Parker had been rehearsing the ceremony in the Trinity Lutheran Church in Des Moines, WA when the thin, female burglar struck.
When they returned to their dressing room they found the bride’s bag, shoes and jewellery and the groom’s wedding ring were missing.
It contained Caty’s family heirloom jewellery was gone – but luckily her wedding dress had not been taken. 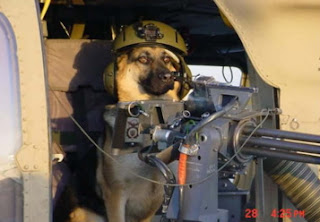 THIS dog is literally a pain in the ass for his barking mad owner.
Cops said they weren't looking for any leads in this case because his paws were all over the scene of the crime after he somehow shot the duck hunter in the buttocks.
The Utah duck hunter was sprayed when the murderous mutt stepped on his shotgun and blasted him.
The two were in his canoe like boat when the man got out to either set up or collect decoys.
Box Elder County Sheriff's Chief Deputy Kevin Potter told KSL that the man had laid his 12 gauge shotgun across the bow of the boat.