DAPPER Don Jon Gotti's daughter, Victoria faces trouble after an army of crooked tow truck drivers nabbed cars from Big Apple streets and sold them to a junkyard that pays rent to her.
Nearly two dozen vehicles, mostly heavy cars made of a lot of metal and then dumped them at A&J Scrap Metal Processing for between $200 and $400 a piece.
The vehicles were flattened by a crushing machine. A&J sits on a lot co-owned by Gotti, the daughter of the late "Dapper Don" John Gotti, records show. She took it over last April from ex-husband Carmine Agnello for just $10 using the company name "Three Sons Real Estate," the New York Post revealed.
The scrap yard has a Web site that offers "instant cash for all vehicles 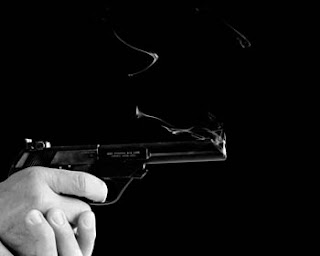 CARNAGE erupted in a Big Easy bar when gunman walked in and blasted five teens, killing one in a bloody shootout.
Cops said late Saturday a lone gunman walked into a bar and started shooting, leaving an 18-year-old man dead.
A16-year-old girl was in critical condition and two other girls ages 14 and 17 and a 15-year-old boy were hospitalized in stable condition.
All had gunshot wounds.
Police spokesman, Officer Gary Flot, told The Associated Press by phone early Sunday that he had no immediate details about the circumstances, a motive or the suspect's whereabouts.
Those shot were not immediately identified.

Posted by Crime Scene USA at 10:27 AM No comments:

A CRAIGSLIST killer described as "Pure Evil" by the cop who busted him has been sentenced to more than a century behind bars.
Kiyoshi Higashi butchered Jim Sanders and his family in deadly robbery after he advertised a diamond ring for sale on the popular trading website.
Cops called him the "main player" in the four strong team, three of whom are awaiting trial, who shot Sanders after he broke free and began to fight the robbers.

He said: "He's earned every second of every day he will spend in prison."
The 23-year-old was unrepentant in court Friday according to Tacoma's The
Read more »
Posted by Crime Scene USA at 10:13 AM No comments:

OH DEAR.Things seemed to be getting worse by the day for accused child killer Casey Anthony. New court documents reveal that a former high school pal of the party girl par excellence served as a secret informant for cops. He said she did not admit killing or having any role in the disappearance of her daughter Caylee, 2, in the summer of 2008.
According to the WESH in Orlando, the new evidence is a staggering setback for sexually adventurous Casey. DNA evidence came back negative for any evidence of a male being involved. The tests were requested on a laundry bag and shorts found with the little girl's remains. Her defence said someone else put the child's remains there.

WESH HAS A TREASURE TROVE OF EVIDENCE LINKS
Read more »
Posted by Crime Scene USA at 9:20 AM No comments: 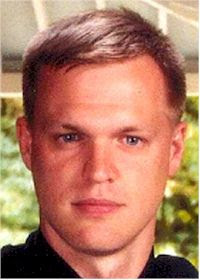 HE LOOKED like a police recruiting poster but something sinister lurked beneath the surface of Daniel William Hiers Jr. On Nov. 24, 2004 the 32-year-old Charleston, SC cop was arrested for molesting a 10-year-old girl. He was immediately suspended. Slated to surrender to his lawyer on March 15, 2005

COPS GET TO TOOTH OF BIZARRE MASSACHUSETTS THEFT 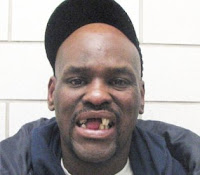 Robert Ester, president of Mensa's Massachusetts chapter, sure liked the looks of those teeth. And why not, when you don't have teeth they all look pretty good--particularly if they're gold and shiny.
Ester, 46, is accused of stealing another man's grill. The tooth came out when Ester and an accomplice confronted a 24-year-old outside a Springfield liquor store (go figure) and demanded everything he had.
Cops say Ester then pistol whipped the young man and the dynamic duo stole his watch, chain--and gold teeth. But while our Robert may have been brilliant in debates, a poor crook was he. The victim told cops to look for a black man in a puffy blue coat with missing teeth.

Read more »
Posted by Crime Scene USA at 8:49 AM No comments: 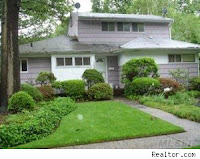 IT IS A house of death. And it could have been yours. The East Meadow, NY onetime home of serial killer Joel Rifkin has been sold. The monster was alleged to have slaughtered some of his victims in the 1951 vintage home. It sold for $322,000.

Monster Joel went on a four-year rampage in the late 1980s and early 1990s in which he murdered nine women--mostly prostitutes. Rifkin, now 52, claimed he had murdered 17 times. He was busted for a traffic violation in June 1993 and lo and