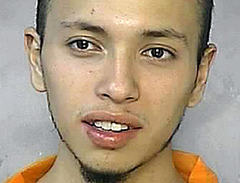 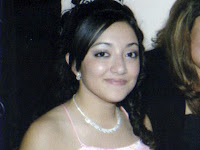 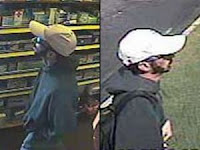 COPS IN New York are hunting the dope fiend who butchered four innocent people in a Long Island pharmacy Sunday--Father's Day, as the city cries out for justice.  Earlier reports suggest the cops KNOW who the killer is but since backed off. The triggerman executed the four people--two employees and two customers--one by one at point blank range. He then filled his backpack with pills. Cops have called the executions "chilling" and "methodical."
Police Commissioner Richard Dormer said: "It's the most vicious crime that I have encountered. They

OH, DEAR. It seems the Meanest Woman in America, Jennifer Petkov is at it again. You must remember Jennifer? She's the Michigan woman who went on an online crusade to taunt and torment terminally ill, Kathleen Edward, now 8. She also later pleaded guilty to attempting to run over another neighbor and had been ordered off her street during her 18-month probation. But what's this? Neighbors say the Meanest Woman in America has been

SHE'S EVERY coach's nightmare. Meet uber suburban mom Janet Chiauzzi, 44, of Long Island. Seems Janet has staked a lot in her son's Little League career. So much that she sent letters threatening series violence to league officials and the coach after sonny was cut. Oh, and for good measure she threw in vicious threats against the coach's wife and teen daughter. And... she allegedly sent letters claiming the coach was sexually abusing his kids.
One of the letters read: "This is a warning to you, and then she names

CASEY Anthony's lawyers are expected to call her father George to the stand again to answer charges that he sexually abused his daughter, when the trial resumes today.
The one time party mom's lead attorney Jose Baez claims their relationship was fraught with abuse, both emotional and sexual, which is why she concealed details of her daughter, Caylee's accidental drowning death.
The two-year-old body was found dumped in woodland near her Florida home.
The case will likely get underway again today after Judge Belvin Perry called time on the trial early yesterday, scolding both legal teams for "gamesmanship."

A RUNAWAY teen who sparked a huge police search and drew the attention of homicide detectives has apologized to everyone she hurt with her disappearance on YouTube.
The pretty 16-year-old took the brave step of making the online apology saying: "It was a huge mistake. I Can't even express how sorry I am."
Her apology can be seen here:

THEY tugged on the heartstrings, claiming they were collecting almost $700 for the funeral of a baby that didn't exist.
Cruel Chasity Doll and Tiffany Lyon printed a picture from the internet and claimed it was baby Justin Michael Farrell, who had died of a heart condition.
Darting in and out of traffic with a sign, the scammed $700 from the good people of Modesto, CA after claiming he had passed away in the city.

MICHAEL DIPPOLITO EXCLUSIVE: "IT WAS SENSELESS"

A NEWLY-WED husband whose wife tried to hire a hitman to kill him just months after he thought they had happily married has called her attempt on his life "senseless."
Mike Dippolito's wife Dalia thought they would part at death, six months into their marriage as she schemed to bump him off so she could get her hands on his Boyton Beach, FL home.
But the former escort girl's plot was foiled when an undercover detective posed as hitman and she was caught in an elaborate sting operation.

A TWISTED rapist booked a housekeeper on Craigslist and then raped her after she showed up to clean his apartment.
Tubby terror Michael Delgado, 27, attacked and sexually assaulted his vicitm fo over an hour after booking her through the "maid" section on the popular advertising website.
The woman showed up at Delgado's gated Fullerton, CA apartment complex shortly before 8 a.m. Friday and after greeting her, he took her through several security doors.
Sgt. Andrew Goodrich said inside his apartment, the woman felt uneasy and tried to leave, but Delgado wouldn't let her and then he pounced on her.

Read more »
Posted by Crime Scene USA at 3:48 AM No comments: