CASEY ANTHONY MURDER TRIAL WEEK 2: Part Mom Casey Anthony's own mother Cindy Anthony sobbed when she told a Florida court how horrified she was when she saw Caylee's favorite doll in the child's car seat. Thus began the dramatic second week of the Casey Anthony murder trial. The 25-year-old is charged with first-degree murder in the death of 2-year-old Caylee in June 2008 and other offences. Her remains were found in December of that year. If Casey is convicted she will likely face the death penalty.
Tuesday Cindy Anthony told the court  how her daughter stopped bringing the child around and alluded to a nanny, a rich suitor and a tractor trailer load of other half 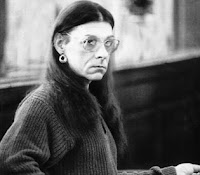 GOOD Christ! Stop the madness! A Massachusetts appellate court has ruled that correction staff have acted with "deliberate indifference" by denying female hormone therapy to a twisted child rapist. Huh? Yes, that's what we said. The transgendered monster is now giving hope to a convicted killer now suing for a state-funded sex change. That's us.
Michelle Lynne Kosilek's mouthpiece filed a plea last week in before U.S. District Court Chief Judge Mark L. Wolf, charging that a May 20 decision by the U.S. Court of Appeals in Boston for inmate Sandy Jo Battista supports Kosilek’s similar claims of cruel and unusual punishment by the Department of Correction, The Boston Herald
Read more »
Posted by Crime Scene USA at 10:16 AM No comments: 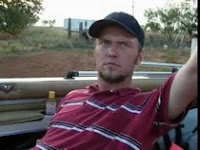 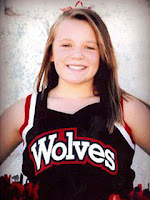 IT HAS been five months of heartache for the family of Texas cheerleader Hailey Dunn. The 13-year-old was reported missing December 28, 2010 amid mysterious circumstances and while cops say they haven't thrown in the towel, things don't look great for finding Hailey alive.
Her grandmother Connie Jones said: "It seems like 5 years, it's just dragging on."
Police admit that leads are starting to dry up. Sheriff Patrick Toombs said: "A lot of people say it's a cold case and it's no longer investigated. But that's not 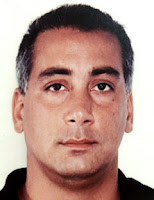 IN OTHER Italian-American news... forget the haircuts, fine-tailored suits and top-notch meals. For Bonanno crime boss Vincent "Vinnie Gorgeous" Basciano the options aren't great. The New York mobster was convicted of a litany of murder and racketeering charges. So, because they were federal crimes the metrosexual mafioso faces either the death penalty or a loving death: Super Max. Located in Colorado, it is America's most secure--and brutal--prison
Deep within its concrete walls, there is a place reserved for the most notorious inmates in the federal penal system - Cell Block H.
Former U.S. Bureau of Prisons warden Joe Gunja told the New York Daily News: "It's the most secure, most controlled, most confined unit in the prison. 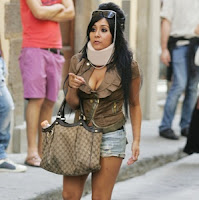 THAT'S AMORE! Or some such thing. Uber-tanned reality star, boozehound and all round role model Snooki is up to her old antics in the old country. Snooki AKA Nicole Polizzi, who jumped to the head of the class in the fame game thanks to the crass Jersey Shore, reportedly rear-ended a cop car while filming the series in Florence, Italy. Co-star Deena Cortese and another crew member were also in the car and were not iunjured, however, the cops suffered whiplash and minor injuries. A Shore source told our pals at TMZ that --shockingly--no booze was involved. Snooki was not arrested. This is not the first controversy the kids from Jersey Shore have suffered

A TWISTED teen filmed himself hanging his dog and posted pictures of it on Facebook saying: "I've killed my dog - ha ha."
Sick Kamil Hric, 17, looks on laughing in the picture which appears to show the helpless pooch still struggling as it swings from the clothesline.
Hric, from Poprad, Slovakia - who was arrested after other horrified Facebook users alerted police - told prosecutors: 'So what? It's only a dog. I did it for fun.'

A police spokesman said: "We don’t know what made him do this but we will be carrying out psychiatric reports."

Posted by Crime Scene USA at 6:02 AM No comments:

DRESSED as nuns, the masked raiders walked into the Chicago bank  in a heist that looked like a carbon copy of Ben Affleck film "The Town."
FBI officers were stunned by the CCTV footage from the Palos Heights, CA banks which showed a man and a woman wearing eerie plastic faced disguises with slits for eyes, similar to those  worn by robbers in the 2010 film.
Cops said the suspects pulled out handguns and forced bank workers to hand over cash before they drove off just before closing time at 1:58pm on Sunday afternoon.

MAN HID WIFE IN FREEZER FOR 10-YEARS FOR CASH 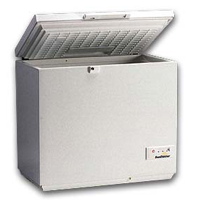 A "LOVELY" old man kept his wife's body in a freezer for a decade so he could continue to collect her social security checks, cops say.
Neighbors were stunned to learn that Allan Dunn, who committed last August at the age of 86, had been keeping his grisly secret for over a decade.
He had told puzzled neighbors in Sun City Centre, FLA that Margaret had moved to a nursing home miles away from their home.
But authorities believe his stuffed her into the freezer so he could pocket the cash from her social security checks.
He body was in an  advanced state of decomposition, because the electricity had been cut off for some time before it was discovered.

Longtime friend Carol Kingsbury, who discovered the remains said: "He never gave any indication that something like that was going on. We had no hint or anything that he was capable of doing that."
Read more »
Posted by Crime Scene USA at 5:25 AM No comments:

ANOTHER day, another banker and another attack on a maid at an exclusive New York Hotel. What is it with these guys?
Just weeks after former IMF chief Dominique Strauss-Kahn was busted on similar charges, a former chairman of one of Egypt's major banks stands accuses of sexually abusing a maid at The Pierre, a luxury hotel on The Big Apple's, Upper East Side.
Mahmoud Abdel Salam Omar allegedly called the maid to his room on Sunday night to "drop off tissues"  cops said.
But once inside the 74-year-old's room Omar would not let her leave and touched her inappropriately. The encounter was not reported until Monday, police said.

DOUBLE murder suspect Joran Van der Sloot was broke and desperate and staying in a hotel room that he couldn't pay for before he murdered Stephany Flores a new tape has revealed.
The prime suspect in the murder of American teen Natalee Holloway called pal Stan Pluijmen to beg for cash, telling him his own mother and brother had turned him down.
They thought he would gamble it away on cards, rather than pay the bill at Lima’s TAC hotel where he had been for five days playing in a poker tournament.
During the forty four minutes the two talked about business plans that apparently involved $25,000 van der Sloot got from the Holloway family in exchange for information about Natalee’s fate reports WITA.