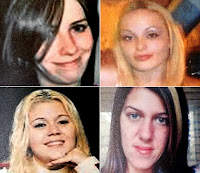 COPS know who the killer is. A report in the New York Post today reveals that detectives believe they know the identity of the serial killer stalking hookers and dumping their bodies on a Long Island beach. A source told the Post: "We're looking at somebody."
But the shocking revelation comes as the first big break in the case. So far, the killer is suspected of dumping the bodies of eight hookers on a lonely stretch of beach. Detectives believe the same killer may also be responsible of the slayings of eight prostitutes in Atlantic City in 2006. 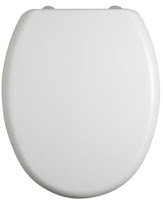 HE Definitely got himself to a sticky situation with this one and he was certainly flushed with anger by the time it was over.
The 48-year-old man tried to get up from the toilet and found the seat was stuck to his buttocks after someone put glue on the Elkton, ML, Walmart store as an April fools day prank.
But he definitely wasn't laughing, because although he managed to get out of the stall, the seat was stuck was stuck to him and he had to call emergency responders to pry him loose.
The man, at this point considerably flushed, was brought to the hospital where paramedics detached the seat.
Thankfully, the man, who was not specifically targeted only suffered minor injuries to his rear end.

A HENCHMAN of anti-immigrant killer Shawna Forde will be joining her on Arizona's death row.
Jason Bush, a petty thief broke into the Flores home in a bid to terrorize people he thought were illegal immigrants (they were all born in the U.S.) Raul Flores, 29, and Brisenia, 9, were both shot and killed by Bush and two others who were dressed as fake cops, while Flores’ wife, Gina Gonzales was shot and wounded.


Gonzales was able to testify against Bush in court, aiding in the 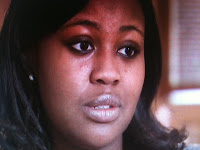 THEY call them the party police! A civilian employee of the Clayton County Sheriff's Office is claiming she was shitcanned for refusing to go along with three-way sex. Pretty LaDonna Williams claims that the Georgia police department is a veritable Hedonism. Among the dirty developments at the randiest PD in America:
* Deputy Alicia Parkes was indicted for videotaping LaDonna in the bathroom.
* LaDonna also says Parkes made numerous sexual advances suggesting a litany of sapphic fun and games.

Read more »
Posted by Crime Scene USA at 8:26 AM No comments:

FOR MONTHS, they had interacted online becoming soul mates. But when the big day came and they finally met an Illinois woman held prisoner and battered for days.

According to cops, Robert 'Bob' McMath, 46, a convicted felon who lives in suburban Chicago met the woman, 39, online and they had talked for around six months. Of course, no one paints the true picture online, right? According to the Chicago Sun-Times, McMath’s profile said his goal was “discovering the woman of my dreams” and described him as “compassionate, understanding, open-minded and tender loving."
But McMath--despite all his positive attributes--failed to mention his violent past or affiliation with the Conservative Vice Lords gang. Well, she goes to meet him, he gets hammered and becomes belligerent. When she says she's
Read more »
Posted by Crime Scene USA at 7:26 AM No comments:

A TEEN girl has been arrested and charged with first-degree murder in the death of her U.S. Army recruiting mom, cops say. The unidentified 15-year-old daughter was arrested Thursday after the mother, Karen Moore, 42, of Braselton, Georgia was found shot to death. Moore was a soldier and recruiter.
A neighbor found the woman's body in a puddle of blood.
The daughter folded after several hours of questioning and admitted to

BASKETBALL superstar LeBron James' mom is feeling the heat after she was dunked in jail for slamming a valet at a swanky Miami hotel.
Stumbling Gloria James asked valet, Sorel Rockfeller to get her car for her but after he brought it over, she refused to get in for more than half-an-hour.
But when he handed them back to the valet cashier at the posh Fontainebleu Hotel, the high strung mom: "struck the victim with an open hand across the right side of the face," a police report

IT'S  bad enough being held up at gunpoint in the adult store where you work - it's even worse when you find out the thief your own flesh and blood. Armed and dangerous, masked robber Nathaniel Atkinson, 20, walked into the store and handed a note to his terrified sister, demanding money, which she duly handed over.
But despite his disguise he was caught after cops examined video footage of the crime and came to suspect him.
Atkinson told a Lincoln NB court he was remorseful for his actions and would like to get help for a gambling addiction.
"I wasted the last five months of my life. I can't get that back," he said of time he spent in jail so far on the charges.
Lancaster County District Judge Robert Otte gave him 16 to 32 months, plus

WELL that's one way of getting her attention - although it doesn't score at all highly, if indeed at all, in the romantic stakes.
Caca-crazy Rasheen (Illuminati) Harrison, 24, thought he'd try and win back his ex by smearing poo on her front door and setting his clothes on fire.
Standing there naked he then yelled "I’m the devil!" as the door of the Staten Island, NY home burned.
Cops and firefighters found him still naked in the doorway, as five people including his ex, who’s pregnant with his child, and two young children, stayed trapped inside, prosecutors said.
Later, he defecated a second time, in a cell at the North Shore’s 120th Precinct stationhouse in St. George, police allege, leading cops to ship him out for treatment until his arraignment on arson and other

FOR more than a month baffled doctors tried to treat Bianca Montana's daughter as she suffered from a variety of different and potentially life threatening illnesses.
Then they realized the root of the problem - Montana herself.
In a warped bid for attention the 21-year-old from Tuscon, AZ, poisoned her seven-month-old nine times as she lay on the ward recovering.
According to documents filed in Arizona's Supreme Court, medics originally diagnosed her with E-Coli when she was first brought in.
But after they began to treat her, she developed an unknown infection despite their best efforts to make her well.
Initially confused, staff became suspicious of the young mum after she set up blankets to block people's view of what she was doing and set up a hidden camera in the girl's bedroom.