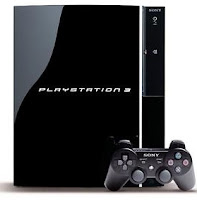 THE group of hackers who have already stolen over 100 million names, addresses and credit card details from Sony have vowed to strike again.
According to CNET, an observer of the Internet Relay Chat channel used by the hackers told the tech site that a third major attack is planned this weekend against Sony's official website.
They also plan to publicize all or some of the information they are able to copy from Sony's servers, which could include customer names, credit card numbers, and addresses, according to the source. Should the planned attack succeed, it would be the latest blow in a series of devastating security breaches of Sony's servers over the past month.

HOLLYWOOD legend Nicolas Cage won't face criminal charges for the drunken argument with his wife in New Orleans last month.
The academy award winning actor was busted in the big easy's French Quarter after allegedly grabbing his wife's arm and pounding on cars during the boozy fight about whether a nearby house was the one they were renting.
He was filming "Medallion" at the time but that night he was booked on domestic abuse, disturbing the peace and public drunkenness.
But Cage's attorney Harry Rosenberg said that the district attorney's office refused the charges and no prosecution would occur.

THE wife of an Idaho attorney who was found guilty of plotting to kill her and her mother has vowed to fight for his release.
Cyndi Steele reacted furiously at the verdict against her well known anti-semite husband Edgar, who once represented the Aryan Nations, despite recordings seemingly showing her husband offering money for her death. "This is the most devastating thing I have ever had happen in my life," she said outside Boise's U.S. District

QUITE how he got hold of the bolt action rifle remains a mystery, but one thing is clear the five-year-old boy has killed his his four-year-old brother with a bullet to the stomach.
Cops in Victoria County, TX said the pair were playing with the gun while their parents were home when the gun went off.

THE suburban Mormon mom who was found guilty of sleeping with her daughter's boyfriend has broken her silence from behind bars and claimed: "I'm not a predator."
Dubbed the "Hummer Momma" because she drove the kids around in her huge SUV,  married mom of one, Christine Hubbs maintained her innocence and vowed to fight the five-year sentence she was given last year. She told KGO: "I have to take responsibility, but I don't want to be portrayed as a predator or someone that went out and forced this on anyone. This was not the case at all."