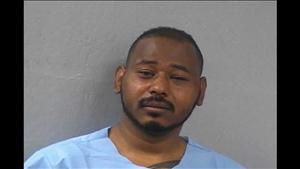 COPS IN ST. LOUIS are wondering if a savage daytime murder on Greyhound Bus had anything to do with the 10th anniversary of 9/11. On Friday, Mohamed "Crazy Mo"  Dawod, 25, was charged with first-degree murder in the brutal execution style slaying of fellow bus passenger Justin Hall, 32, a father of three girls from Mount Vernon, Ohio. So far Dawod hasn't told detectives why he shot to death the amiable Hall. The pair did not know each other, although one witness said they may have had words in the Springfield, Missouri bus terminal but most reports denied this.

MUGSHOT MADNESS! FLIRT YES, BUT WITH WHAT? 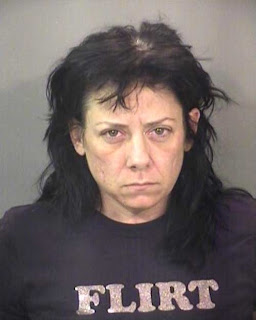 WE HAVE always had a soft spot for Party Girls and women who just put their sexuality out there. Like say, this woman, who seems to have run afoul of the law. Her offense? Being Too damn Sexy.

Posted by Crime Scene USA at 8:36 AM No comments:

AUSTIN Powers star Joe Son will never grace the silver screen again after a judge sentenced him to life in prison for the brutal Christmas Eve rape and torture of a 19-year-old woman.
As we reported here the actor who played shoe throwing bad guy "Random Task" the trilogy Austin Powers, International Man Of Mystery, snatched the woman off the street as she was walking her dog.
Together with an accomplice he pulled her into a car, beating her with gun as they drove her to a home in Huntingdon Beach, CA.
There, they repeatedly raped her and penetrated her with his gun, counting out the bullets of his gun and threatening to kill her if she didn't agree to their sick demands.

﻿﻿﻿RHIANNA beater, rapper and all round douchebag Chris Brown has had a whopping $15,000 worth of parking tickets dismissed. It looked like he'd added to his already crappy reputation by parking in handicapped spaces in the lot outside his LA condo.
But according to TMZ most of them have now been dismissed because the spaces were actually assigned to his apartment and he was therefore allowed to park in them.
That didn't stop his fellow tennants from telling the gossip website that Brown, who was sentenced to five-years probation for battering his then girlfriend, Rhianna unconscious was a 'neighbor from Hell.'
One of them said that they had contacted his probation officer to complain that Brown parks in handicapped spaces, blares music, races dogs down the hall and vandalizes property.
The singer's not entirely in the clear though. TMZ reports "22 citations remain open" for other parking offenses.

Posted by Crime Scene USA at 6:54 AM No comments:

﻿THE WICKED teen who allegedly snatched a 15-year-old girl from the street and raped her before stabbing her to death and burning her body may face the death penalty, prosecutors have revealed. As we reported here  Alyssa Otremba never made it home after had texted her family to say she would be home within half-an-hour, just after 6:30 on Friday evening.
The next day her scorched body in a vacant lot on the edge of town, on the route she would have taken to back to her Las Vegas house.
She had been stabbed around 40 times before being set on fire, according to the Clark County Coroner's Office.

THE MYSTERY surrounding a missing three-year-old boy deepened, when he was returned to his family four days after he was kidnapped, apparently unscathed.
Three-year-old Kienan Hebert's disappearance sparked panic in the small Sparwood, BC community, who launched a huge search for the youngster.
Cops believe he was taken by a man called Randall Hopley, 46, who remains at large.
But after the family made an emotional plea for his return to "a visible place," his kidnapper somehow managed to sneak past police roadblocks and return the boy to the family home.
They were staying with friends at the time, so their home was empty and so the abductor was able to call the cops and tell the boy was home.
Initial checks seem to reveal that Hebert was unharmed.