HE couldn't take a joke. A 21-year-old man with far too little to worry about has been sentenced to 25 years in jail after posting online death threats against the creators of TV cartoon South Park.
Zachary Adam Chesser incited violent jihadists to attack the sometimes controversial show's writers for an episode depicting the Prophet Mohammed in a bear suit, court documents said.The humorless headcase posted messages online that included the writer's home addresses and urged fellow travelers to pay them a

COPS IN Ohio have arrested the suspected triggerman in a cold-blooded executions of a young couple. Cops say James P. Leider, 20, has been charged with two counts of aggravated murder and could face the death penalty.

Betheny Mehall, 25, and her boyfriend, Cord Cox, 23, were found shot to death Sunday in a running car in an industrial park near Geneva, Ohio. Police sources told local reporters that drugs were the motivation for the crime and that

DID INTERNET "DR DEATH" DRIVE THEM TO SUICIDE?

THE man dubbed "Dr Death" for scouring the Internet and encouraging suicidal people to kill themselves has denied that he had any impact on their deaths.
William Melchert-Dinkel, 48, has pleaded not guilty to two counts of aiding suicide in the deaths of an English man and a Canadian woman.
Prosecutors say the ex-nurse from Faribault, was obsessed with suicide and hanging and that he sought out potential victims on the Internet.
Posing as a woman in chat room and e-mails he then played the role of a compassionate friend, offering step by step instructions on how they
Read more »
Posted by Crime Scene USA at 11:16 AM No comments:


HE'S AS bad as they come. Meet Walter Ellis. The Badger State killing machine. Yesterday, Ellis pleaded no contest to killing seven women over a period of 21 years. He received seven life terms--no parole. From 1986 to 2007, he was on the rampage strangling women in the Milwaukee, Wisconsin area.

THE SHOCKING disappearance of Natalie Holloway in 2005 on the idyllic Caribbean island of Aruba has gripped Americans since the terrible news broke. Now, Lifetime Network has announced that it is developing a sequel to their 2009 telefilm called "Justice for Natalee Holloway." The movie stars Tracy Pollan as Beth Holloway. It takes place several years after the first movie as Beth tries to discover what happened to her daughter, who disappeared on a high school trip. On the fifth anniversary of her disappearance, her suspected killer, twisted Dutch playboy Joran van der Sloot (whose father was a judge on the island) is arrested for murder in Peru.
Holloway is also working on a 10-part reality series called "Vanished With Beth Holloway." In the show she interviews relatives of murder victims.
Posted by Crime Scene USA at 7:52 AM No comments: 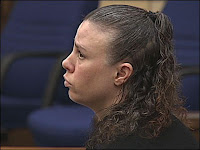 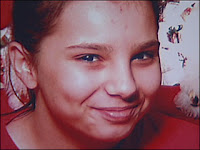 TWISTED TORTURE MOM Angela McAnulty told an Oregon death penalty jury deciding her fate she's at peace--whatever their decision. And they decided she should die.
The mother from hell pleaded guilty to aggravated murder in the sickening death of her daughter, Jeanette Maples, 15. She faces execution or life in prison. The shocking slaying stunned even veteran detectives as the court heard witness after detail a catalog of horror.

FILM nutter star Randy Quaid will be allowed to stay in Canada after border authorities dropped  inadmissibility proceedings against him.
His wife Evi, whose father was born in Canada, was granted citizenship earlier this month and she can now sponsor the actor as an immigrant.
The actor told a press conference: "When Evi and I came to Canada last October we could never have envisioned how things would unfold and how our lives would change.
"Today we're here to say thank you Canada. Thank you for your warm welcome. Thank you for giving us the opportunity to live in

A MAN who secretly ejaculated into an  co-worker's water bottle and then left it for her to drink from has been told to expect jail.
Michael Kevin Lallana's victim named only as Tiffany G left her water bottle on her desk one Friday last January.
When she returned to Newport's Northwestern Mutual Financial Network office the following Monday, she took a swig and noticed a foul taste that seemed like semen, so she threw out the bottle.
A few months later she again tasted semen in her water but Orange Police told her they couldn't open an investigation on speculation of a crime.
So she took the bottle to a laboratory to have it tested.

Read more »
Posted by Crime Scene USA at 4:56 AM No comments: