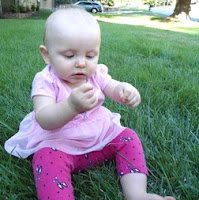 WITH no clues in the hunt for missing baby little Lisa Irwin, investigators have shut down a command post which was working exclusively on the case.
For more than six weeks a huge team has been working to discover what happened to the 10-month-old youngster who mysteriously disappeared from her bedroom one night.
But with the little to go on and leads into the toddlers disappearance slowing considerably other cases began to demand the attention of the both cops and the FBI.

A LAWYER for the bogus tranny doctor accused of injecting toxic substances into the buttocks of a patent is claiming the charges against his client are false.
Oneal Ron Morris is accused of nearly killing a woman by injecting her buttocks with glue, cement and other household products including 'Fix-a-Flat' which we reported here.
Cops say a victim who was looking to get a job at a nightclub and wanted a curvier figure paid Morris $700 for the injections in 2010.
They spent nearly a year trying to track down the transvestite and said she moved frequently.
Cops are also looking into the possibility that she may be part of an underground surgery ring. 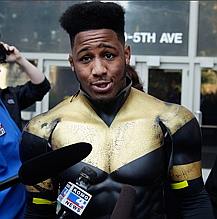 HOLY justice.
Seattle superhero Phoenix Jones lives to fight another day after officials decided not to press charges against him after he was accused of assaulting several people with pepper spray.
He claimed he was breaking up a fight outside a club, but the people claimed they were just dancing.
It seems that authorities agreed with the muscle suit wearing, 23-year-old crime fighter, who's real name is Benjamin John Francis Fodor.
City attorney Pete Holmes told the Seattle Times that his office had been unable to locate and interview two of the people pepper sprayed. 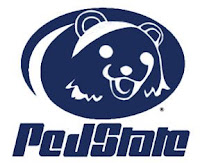 DIRTY Jerry Sandusky has been accused of abusing his own grandchild, his lawyer has revealed.
The allegations were made by the wife of one of his five adopted sons, as yet more accusers come forward against the former Penn State defensive coordinator.
Neither the person who made the complaint, nor the alleged victims, have been publicly identified but it's known that Sandusky adopted a total of six children with his wife Dorothy.